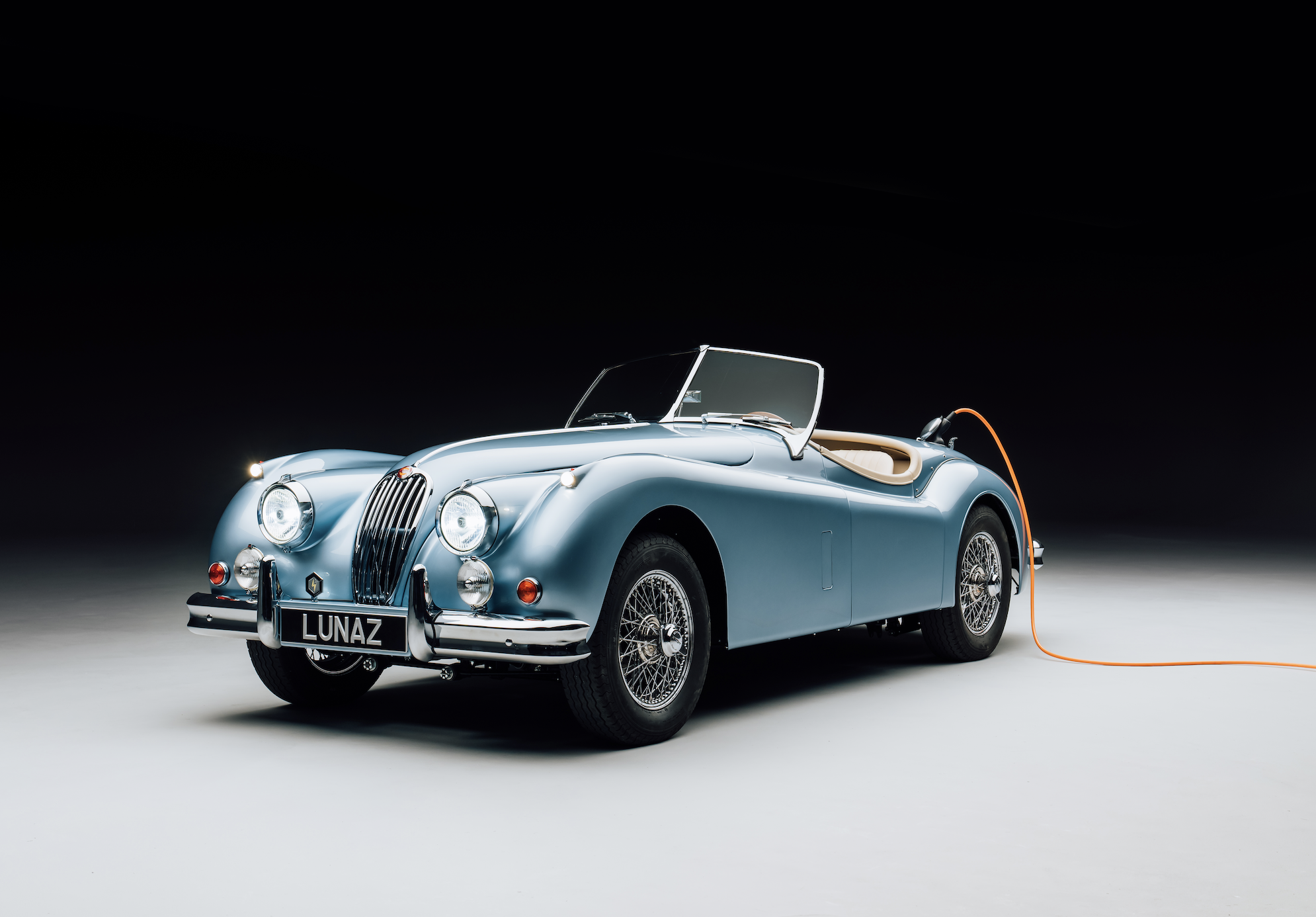 Brooklyn Beckham got quite the wedding gift from his father David Beckham over the weekend—an all-electric Jaguar.

The car was made by Lunaz, a company that Beckham invests in that transforms classic cars. The bespoke car was commissioned by Beckham, and took thousands of hours of work from the company’s 120 strong team of craftspeople, designers and Electric Vehicle (EV) technicians and was built entirely in-house at Silverstone, England.

It’s a stunning model—the 1954 XK140 is appointed in a beautiful light blue. The fully restored and upcycled interior is presented in a light cream, offering contemporary expression to the car’s classic aesthetic. All the modern electric tech is discreetly hidden. Dials and switches faithfully reflect the original Jaguar design but with subtle updates to provide information on the battery level and to operate contemporary functions.

The company recently announced the conclusion of a private investment round through 2021. This included the introduction of Beckham, the Barclay, Reuben and Dallal families as major shareholders. 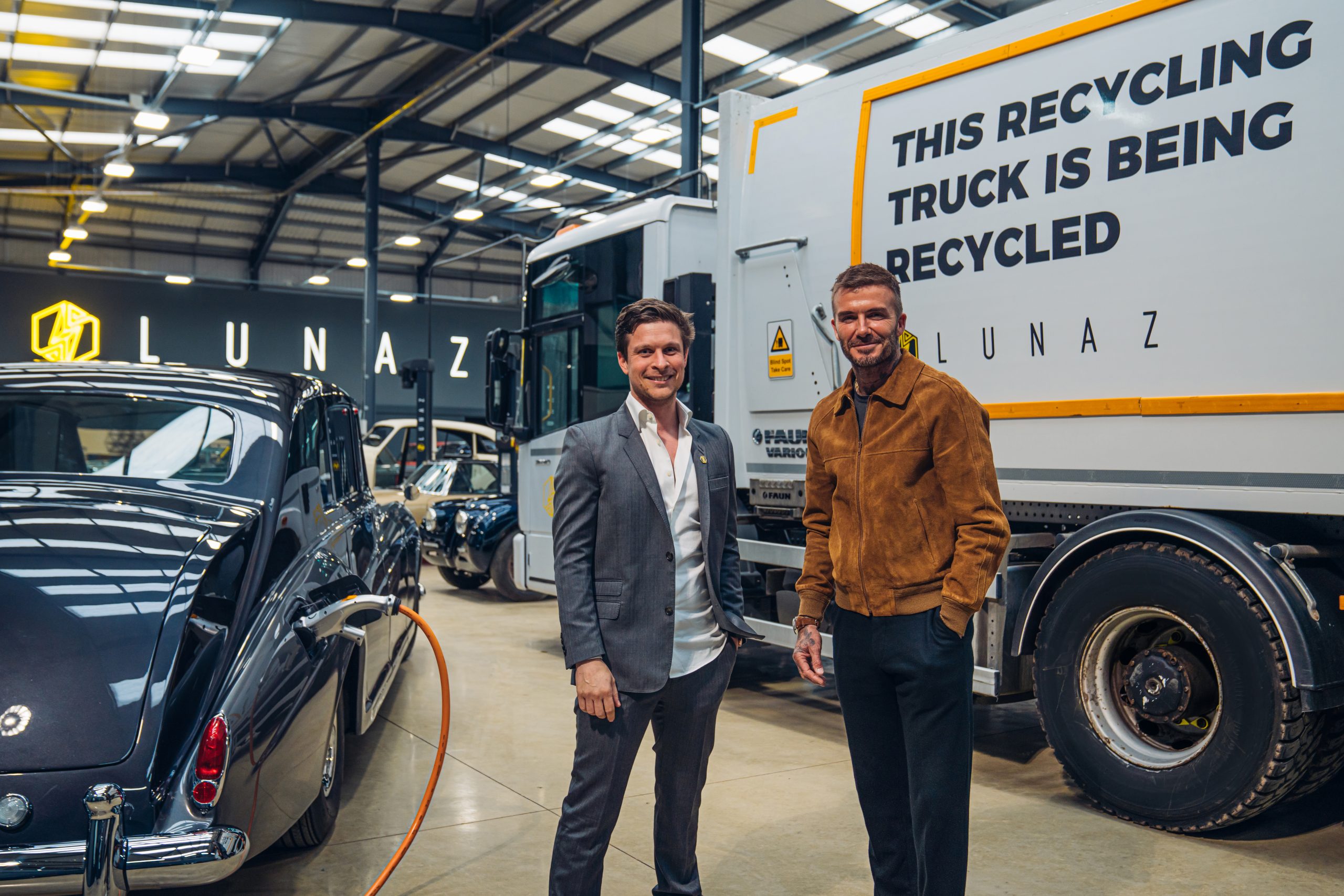 Beckham, who launched his Major League Soccer team Inter Miami in 2020, made the announcement through a new ad directed by Harmony Korine, the maverick director behind the controversial films Kids, Gummo, and Spring Breakers, highlighting Beckham’s uncanny ability to avoid his myriad responsibilities and tightly packed schedule by doing donuts in a Miami parking lot with his new Maserati SUV, the Levante Trofeo.

“It’s an exciting time for me to begin this partnership with Maserati; an iconic Italian brand which shares my appreciation for the very best innovation and design. I’m looking forward to working closely with the brand at such a pivotal time in their history and continuing their growth on a global scale,” Beckham commented on the partnership at the time.