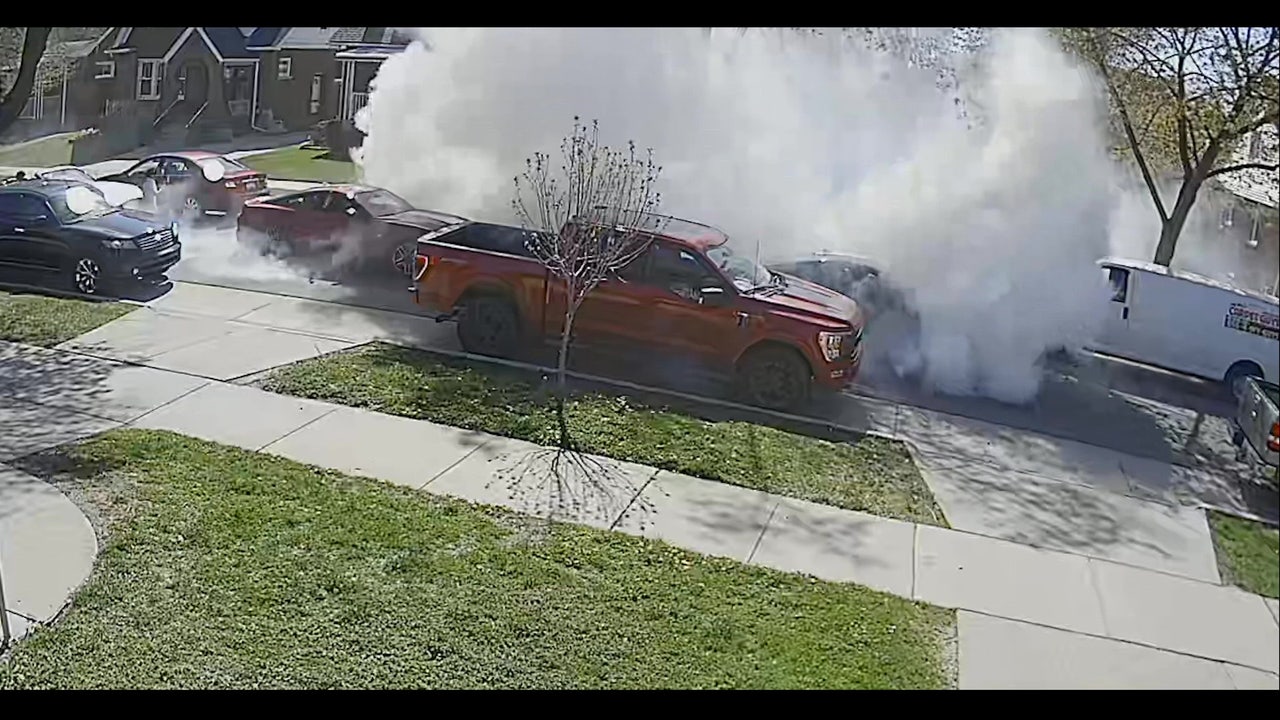 Dearborn Police say after a wedding on Saturday, multiple cars did burnouts, filling a neighborhood with smoke.

DEARBORN, Mich. (FOX 2) – A Dearborn neighborhood was filled with smoke Saturday when guests from a wedding performed burnouts on a packed residential street and a neighbor’s doorbell camera caught much of the action.

The Dearborn Police Department said neighbors in the area of ​​Bingham and Warren called Saturday to report the drivers who were stopped in the middle of the street and doing massive burnouts.

According to police, guests of a wedding taking place used the streets for their long burnouts which created excessive noise and clouds of smoke so thick you couldn’t even see the cars parked on the street from a neighbor’s ring doorbell camera.

READ NEXT: Suspect vehicle crashes into pole after fleeing traffic stop in Detroit

Police said they also damaged the freshly paved streets and blocked traffic in the area.

“Weddings are a time of celebration and festivity for new couples in our community, and beyond. However, we need to ensure that both guests and residents are protected by following the law and celebrating safely in order to prevent harm or tragedy. Reckless driving is illegal, and there is zero tolerance for this behavior in our community. There are more appropriate, and safer, ways to celebrate special occasions without endangering others,” said Police Chief Issa Shahin.

Detectives have identified several people involved but are asking for help from the public to identify others. Anyone with information is asked to call Dearborn Police Department’s Detective Bureau at 313-943-3345.