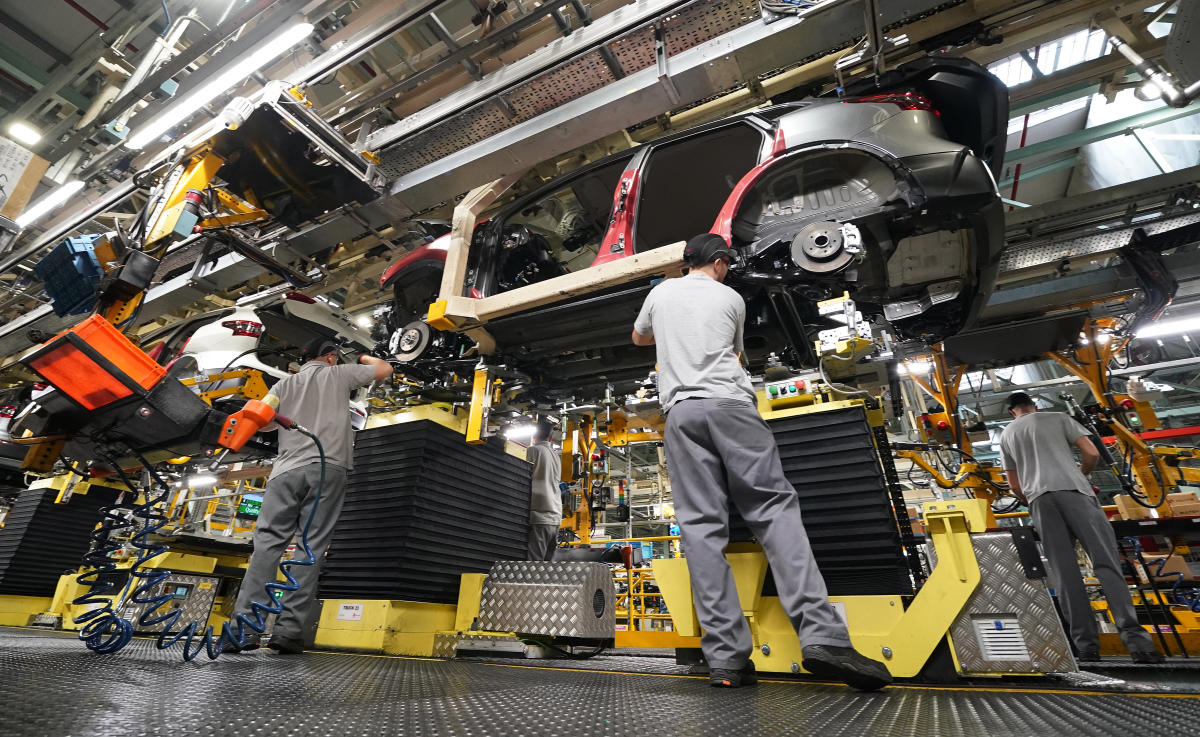 Drivers are having to wait more than 12 months to take delivery of some models as global shortages of components such as semiconductors continue to hamper the automotive industry.

New car registrations declined by almost 24% in June to the lowest for the month since 1996, according to the Society of Motor Manufacturers and Traders (SMMT).

Only around 800,000 new cars were sold during the first half of the year, the second-weakest results in 30 years. That is a 12% reduction compared with the same period in 2021.

Manufacturers have had problems fulfilling orders due to global shortages of semiconductors, the trade body said.

Jim Holder, editorial director of magazine and website What Car?, said car buyers have been dealing with delayed orders and increased prices as manufacturers pass on the cost of rising energy bills.

“The result is longer waiting times on cars which will cost more to buy,” he said.

Figures from the consultancy firm show 16% of new cars registered in June were pure electric, up from 11% during the same month last year.

“We hear that delivery times for electric cars are now between 40 weeks and a year,” Nelmes added. “The supply of electric vehicles is the biggest barrier to cleaner road transport in the UK.”

Lisa Watson at Close Brothers Motor Finance says the cost-of-living crisis remains the biggest concern for consumers, with electricity, petrol and diesel costs all on the rise.

“This means prospective car buyers are having to think not just about the upfront cost, but also the ongoing maintenance and running expenses of a vehicle. It’s clear from June’s registration data that this is dampening demand for new cars.”

“Electric vehicle demand continues to be the one bright spot, as more electric cars than ever take to the road, but while this growth is welcome it is not yet enough to offset weak overall volumes, which has huge implications for fleet renewal and our ability to meet overall carbon reduction targets,” Hawes said.

“With motorists facing rising fuel costs, however, the switch to an electric car makes ever more sense and the industry is working hard to improve supply and prioritize deliveries of these new technologies given the savings they can afford drivers.”