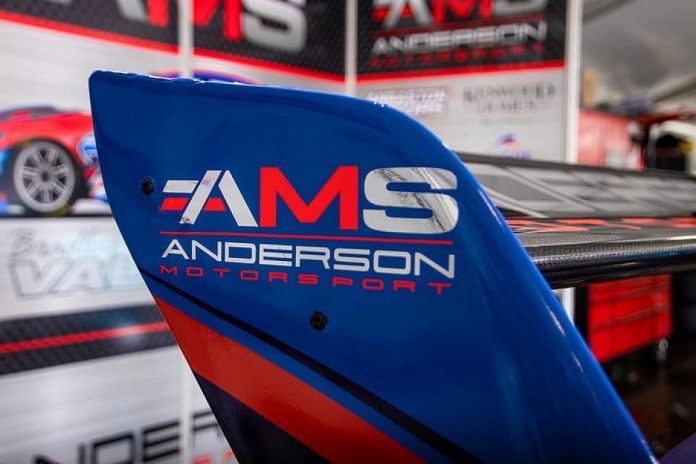 The evolution of the war between Anderson Motorsport, Motorsport Australia and Supercars has been staggering.

One minute Michael Anderson was a card-carrying superlicence holder working on an ambitious wildcard for the Bathurst 1000. A once-in-a-lifetime opportunity for a builder from Bathurst, 37 years old, to compete in his home race, one that also happens to be biggest race in Australian motorsport.

The next, Supercars went cold on the idea and his superlicence was revoked by Motorsport Australia on claims of “incorrect information” provided in his application.

As is always the case with these superlicence situations the water is murky. All three sides have different takes on where the issue, or issues, lie. All three at some level have valid points.

The big issue is the subjectivity that consistently fails the system. As it stands there are effectively three sets of rules – Motorsport Australia’s rules, Supercars’ rules and the rules of the dispensation… which less about rules and more about discretion.

So how did this situation unfold?

Initially it was all smooth sailing for the the Bathurst builder and his fairytale Great Race plan. He bought an ex-Dick Johnson Racing Mustang and, seemingly on the understanding that the team would help Anderson Motorsport run the car at Bathurst, got the wildcard ball rolling.

Before committing to the program Anderson applied for a superlicence from Motorsport Australia which, based on his experience in Super3 and him satisfying the points requirement, was granted. Or provisionally granted. Depending on who you ask.

According to well-placed sources the wildcard was framed to Supercars as being run with DJR support and with plans to sign a huge international driver, a real drawcard for the event. Supercars gave it the green light. Or the provisional green light. Depending on who you ask.

What we know now is that the Supercars approval was, at the very least, conditional.

The first sign that something wasn’t entirely right was DJR instantly distancing itself from the program the second news of it broke. It said it had sold a car to Anderson but was focused on its primary entries for the Bathurst 1000.

And then momentum on the co-driver front slowed as well, at least publicly. That’s not to say that Anderson doesn’t have that big name ready to sign right now. But the lack of momentum seemingly spooked Supercars, and talk of the series pulling the pin on the Anderson Motorsport wildcard started.

In the end, however, that job was left to Motorsport Australia.

At this point it’s worth explaining how the superlicence system works and how it goes hand-in-hand with the wildcard entry process.

A driver being granted a super license comes in two stages. The first is applying to Motorsport Australia, which was the initial architect of what has proven to be a flawed system. The second is the green light from Supercars, which has the final say on who can or can’t race in its category.

The issue is that both have slightly different rules. Earlier this year Motorsport Australia simplified its requirements. The points system remains, but the requirement to have notched up six Super2 rounds in the past three years, or three main games rounds in the past five years, was dropped.

Confusingly there are still traces of those rules in the Motorsport Australia rulebook. But the governing body confirmed to Motorsport.com yesterday that the points alone suffice as far as it is concerned.

Supercars, however, has retained the Super2/Supercars experience requirement. A cynical move to ensure money is spent in the Supercars system? Feasible. But that’s a separate discussion.

Now Anderson has the points for a super license but not the experience. And according to insiders, Supercars put its foot down and kicked the application back to Motorsport Australia.

What is entirely clear is that Anderson hasn’t competed in six Super2 rounds in the past three years. But the insinuation that he purposely tried to pretend he has feels like many steps too far. It’s difficult to believe.

Perhaps there was confusion over the fact he did compete in five rounds of the combined Super2/Super3 series last year. Five appearances on the Super2 grid. In a Supercar. Just in a different class.

A good argument that that itself should be grounds for a dispensation from Supercars can be made. Anderson has also invested in the Supercars system heavily in recent years, not only racing himself, but running young drivers like Jayden Ojeda, Tyler Everingham and Brad Vaughan.

But it appears that Supercars went cold on the Bathurst 1000 program and invoked a technicality (which was left to be delivered by Motorsport Australia) to add an additional hurdle to getting it off the ground.

If the speculation is to be believed, the reason for the cooling of the interest from Supercars is Anderson’s failure, so far at least, to deliver on his alleged promises. Like that big-name, superstar co-driver.

If Anderson Motorsport had announced, as a random example, Jimmie Johnson as Anderson’s co-driver a fortnight ago would we be having this conversation? It’s a valid question. My good feeling is no.

Another valid question is whether the conditions on Anderson’s conditional entry, if they were in fact tied to matters such as the profile on the co-driver, were fair.

Surely if Anderson can prove that his crew, experienced in Super3 and Super2, are capable of running the car, and Motorsport Australia signs off on two drivers (whether one of them is Anderson or not), that should be good enough.

The underlying issue, once again, is the flawed superlicence system. Too open to interpretation. Too open to the perception of manipulation.