Home Wedding Cars Electric conversions of classic cars are on the rise and this is...
Wedding Cars 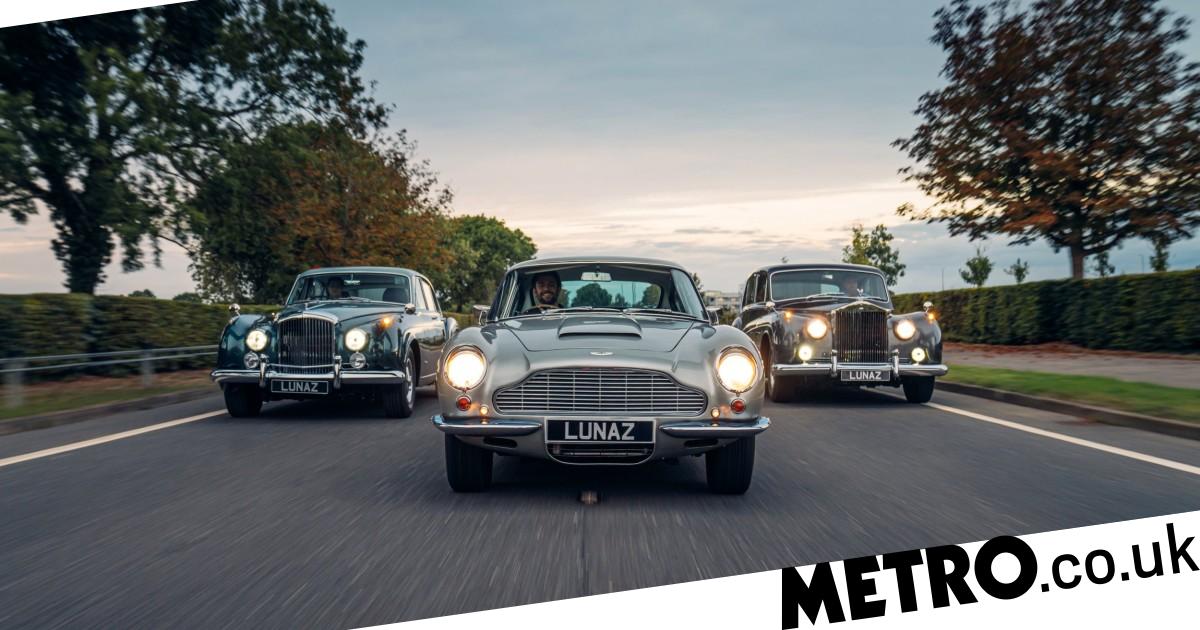 It feels and sounds like an arcade game; the double stainless steel pipes aren’t over-the-top exhausts, they’re actually speakers; and its flat-six engine has been replaced by an electric motor.

This one’s been converted by an Oxfordshire company called Everrati.

Acknowledging that half the fun of a sports car is the noise it makes, they’ve added audible innovations, including digital revs that are selected from an app and connected to the accelerator pedal.

Haptics even allow the bodywork, gearstick and steering wheel to vibrate when I blip the throttle, to simulate the experience of punching cylinders mounted in the rear. The performance is superior to its internal combustion past. This is by far the most joyful EV I’ve driven so far. 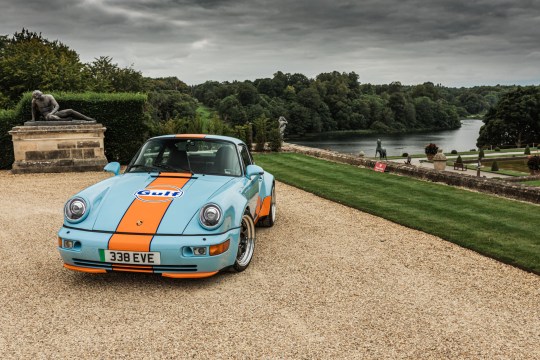 The engine is, traditionally, considered a car’s heart and soul, which explains why ripping one out is considered sacrilege by many classic connoisseurs.

So why would someone gut the insides of a petrol-quaffing Carrera and replace it with a more modern, electric powertrain?

According to Car SOS’s Fuzz Townshend, classic cars could run better after being converted to run on electric power and thus offer a ‘more pleasurable driving experience’. It’s also true that even under the most diligent maintenance routine, classic cars have a reputation for being unreliable.

So if Porsches, E-Type Jags and MGBs, for example, are to stay on our roads in the decades ahead, they may need to change their tune.

Plus, as more people attempt to future-proof their beloved vehicles against law or tax changes and fuel availability issues, it’s easy to see why electric car conversions are taking off.

Companies like Everrati start with a donor car you can provide or they can source for you. Of course, the cost of a conversion may vary. A car like the converted 1991 911 (964) Carrera 4 will cost around £50,000.

Everrati completes a nuts-and-bolts restoration and takes out all the petrol parts (which you can keep — they’ll even turn the engine into a coffee table for you), replacing them with 53kWh lithium-ion batteries and an electric motor.

The batteries sit in the spaces where the transmission and fuel tank would have been. 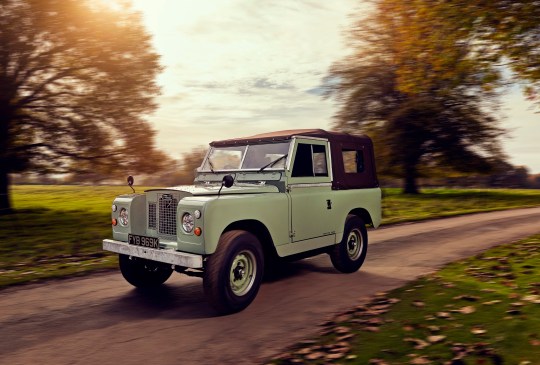 Everrati is leading the charge when it comes to vintage car conversions (Picture: Everrati)

Power is equivalent to 500bhp and, overall, the car is 20kg lighter thanks to carbon fiber body panels. Everrati charges upwards of £200,000 plus VAT for the conversion. That’s not cheap — but with the government’s plans to phase out petrol-quaffing vehicles, it is future-proofed.

And it’s not just exotics. Everrati is converting 1960s Land Rover IIAs (£150k + VAT + donor car) and it’s not the only company to do so. Several have been bought by luxury hotels in the Caribbean, while Glastonbury has bought three electric Defenders for the music festival.

This booming industry has seen hundreds of small firms and men in sheds start producing EV conversions since 2017. The five main players in this space are Everrati, London Electric Cars, Lunaz (in which David Beckham has invested), Electric Classic Cars and Electrogenic.

London Electric Cars operates at the less expensive end of the scale. It specializes in Minis and Morris Minors, and will convert a donor car for about £25k.

The traveling range of these cars can be anything from 40 to 300 miles but, generally, the bigger the car, the more batteries it can accommodate — and thus the further it will go. 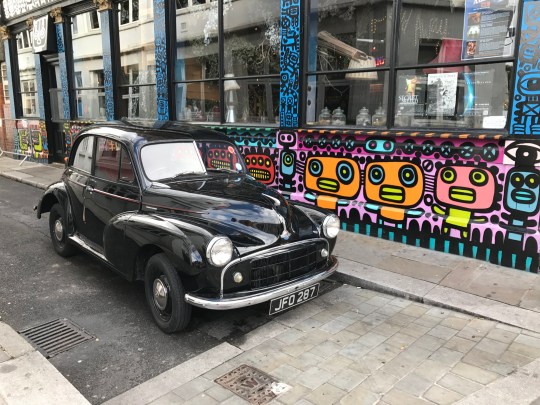 Lunaz’s Rolls-Royce Phantom (£600,000) should get you the furthest but the Silverstone-based firm is fully booked for the next two years.

‘They’re beautiful objects which are very much under threat, and there’s a feeling younger drivers want to preserve and further the legacy of these cars’, says Lunaz founder David Lorenz.

All pros, no cons

We speak of range anxiety when it comes to owning EVs today but what happens in 2035 when fuel stations start to disappear?

Many owners of 1980s and 1990s cars have already been affected by London’s ULEZ charges and that’s likely to spread to other cities in the UK and on the continent. And let’s not even talk about the price of petrol right now.

The other downside of internal combustion classics are the oily puddles they leave on your driveway.

Romantic as these machines may be, they can ruin a weekend away when they splutter to a halt on the A303. By replacing the engine with an electric motor, you can reduce the chances of having to call the AA.

Classic car ownership has been inaccessible to many in the past because they don’t want to do their own maintenance. Electric conversions may be expensive but once you’ve sorted out the tailpipe gases, the cars are cheap, sustainable and easier to run.

What’s more, EV classics, with their inimitable and sexy curves, can be much faster, more responsive and ultimately better to drive than in their original guise. Plus, if you can keep a beautiful vintage vehicle going for 50-plus years, you win points not only for aesthetics but for environmental protection too. 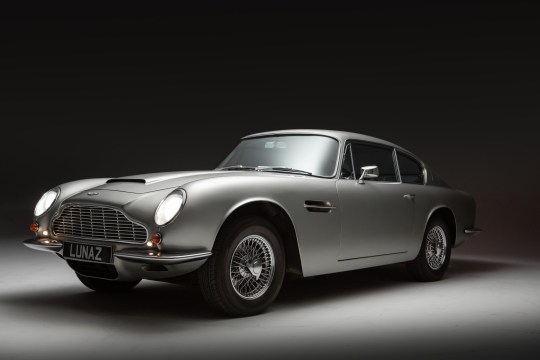 ‘You want a country house to be old and architecturally charming, and you don’t want to do anything to spoil that, but you also expect it to have up-to-date heating and a modern kitchen,’ he says.

After all, market intelligence of EV drivers gives figures of 90 to 99% saying they’ll never go back to a combustion car again.

Says Lunny: ‘This means the market for fun and engaging cars is going to explode.’

The first electric classic most people will have seen is the Jaguar E-Type Zero in which the newly minted Duke and Duchess of Sussex made their wedding exit in 2018.

That car was converted in-house by Jaguar (internally it was known as Project Marmite) and can hit 0-60mph in just 5.5 seconds. 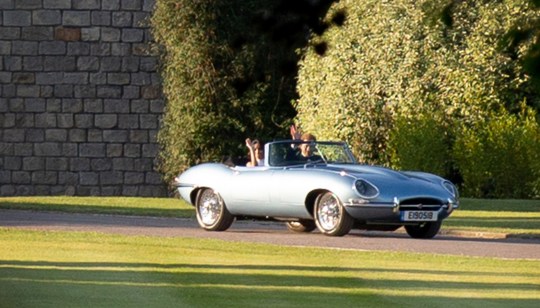 Aston Martin followed this up with a £995,000 DB6 Volante. ‘We need to make sure we’ve got the next 100 years covered,’ says Paul Spiers, president of Aston Martin Works, ‘to make sure these vehicles don’t become museum pieces.’

Can I plug my electric car into a three-pin socket? 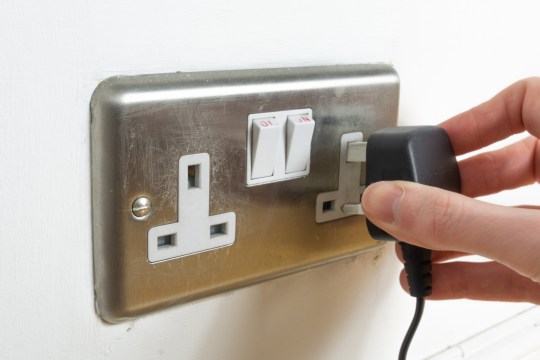 Electric cars can be plugged into a standard socket in a pinch (Picture: Getty Images/iStockphoto)

Yes, you can — but it might not be the best plan. Sure, it’s straightforward, but it’ll take a very long time to charge your electric car’s battery.

A home socket can only supply up to 3kW, so charging the average electric car could take up to 15 hours. In the long run, you’re better off installing a dedicated home charger, known as a wallbox.

These come in different speeds but can be more than twice as fast as a three-pin socket. The top 22kW chargers are more than three times faster again.

Charging speed aside, there’s also a risk that you could overheat and damage your electricity supply if you use a domestic socket for charging too often. It’s a practice best reserved for emergencies only.

MORE : Microplastics found in human blood for the first time

Get your need-to-know latest news, feel-good stories, analysis and more