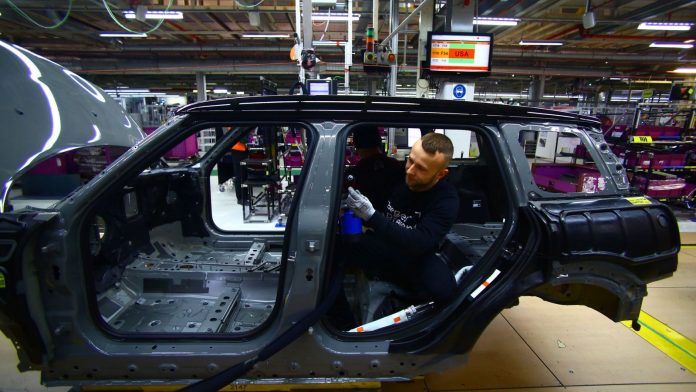 Cars rolling off the assembly line in Britain fell sharply last month, pushed down by the ongoing chip shortage and the closure of Honda’s plant in Swindon.

Production was down 41% when compared with February 2021, according to the Society of Motor Manufacturers and Traders (SMMT) on Friday, the lowest number for the time of year since February 2009.

Last year saw huge drops in production, with output falling to its lowest level since 1956 as a shortage of semiconductor chips piled further pressure on an industry battered by the pandemic.

The impact of the shortages – which is being experienced by manufacturers worldwide – is expected to reduce later this year but continue to have some effect even into 2023.

“The sector entered 2022 hopeful for recovery, but that recovery has not yet begun, and urgent action is now needed to help mitigate spiraling energy costs and ensure the sector remains globally competitive,” SMMT chief executive Mike Hawes said.

Russia’s invasion of Ukraine has also created further problems for UK manufacturers, with the conflict sending the cost of raw materials soaring.

Copper, which hit a record high earlier this month, is a critical component in car manufacturing – as are nickel, palladium, and aluminium. All are exported in large quantities by the two warring countries.

The price of metals is likely to hamper the UK’s transition towards electric cars – demanded by the British government ahead of the looming ban on the sale of new vehicles powered by petrol and diesel engines from 2030.

Electric vehicles rely heavily on such metals for components in batteries.

A quarter of cars produced in February were either hybrid or electric vehicles, the SMMT said.

The production decline was exacerbated by the permanent closure of Honda’s Swindon plans in July 2021. Honda, which prior to the pandemic accounted for 10% of the UK’s car production.

The move, which the company has insisted was not related to Brexit, will result in the loss of 3,500 jobs once the final Civic hatchback rolls off the production line.

Some observers are concerned that current coronavirus restrictions in China will lead to further shortages of semiconductors.

CThings around the country have been put into effective lockdown, including the tech hub Shenzhen in the south, home to 17.5 million people. Every residential community there has been locked down, with residents allowed to leave only for PCR testing. Businesses have been ordered to close or work from home.