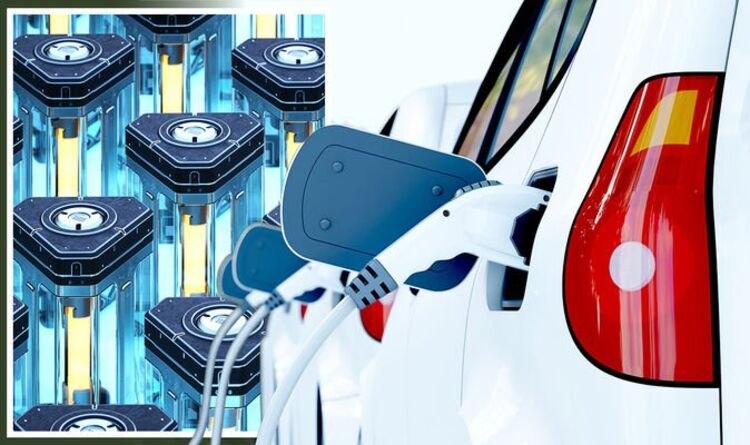 Owners of electric vehicles often have to struggle with charging their cars, with some charging times lasting for about ten hours at home. Now, new research from the Institute for Basic Science (IBS) suggests that with the help of quantum technology, EV owners can charge their electric cars in just three minutes.

This would make the process of charging an EV about as fast as that of a car with an internal combustion engine.

In a study published in the journal Physical Review Letters, the researchers believe that quantum batteries could be developed to “store and release energy in a fast and efficient manner”.

Quantum batteries are a new class of energy storage devices that employ the principles of quantum physics.

Quantum physics is the science that looks at phenomena so infinitely small that the laws of classical physics do not always apply.

This breakthrough would be achieved by relying on quantum processes such as entanglement.

In order to charge electric cars at such incredible speeds, the researchers have to be able to charge all the cells in an EV battery simultaneously in a process called “global charging protocol.”

While current electric batteries aren’t able to use this process, researchers theorise that quantum batteries will be.

The Institute for Basic Science outlined their idea like this: “While the maximum charging speed increases linearly with the number of cells in classical batteries, the study showed that quantum batteries employing global operation can achieve quadratic scaling in charging speed.

For example, this technology may find key uses in future fusion power plants, which require large amounts of energy to be charged and discharged in an instant.

Of course, quantum technologies are still in their infancy and there is a long way to go before these methods can be implemented in practice.

Research findings such as these, however, create a promising direction and can incentivize the funding agencies and businesses to further invest in these technologies.

If scientists are able to successfully develop quantum batteries and use it in electric vehicles, the technology could revolutionize the industry.

Such fast charging vehicles would mean that EV owners can charge their vehicles instantly at charging stations, without having to sit through long lines.