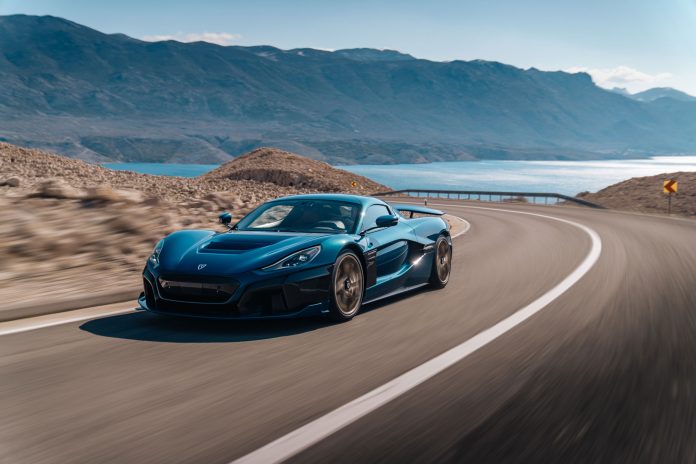 (CNN) — Rimac Group, the Croatian maker of exotic electric supercars that now controls Bugatti, announced that it received €500 million, or about $536 million in new investment. Among those involved in the new investment round is Porsche, which already owns about one quarter of the company.

Rimac was founded in 2009 as Rimac Automobili, with a goal of producing high-horsepower electric supercars. The company also contracted with other automakers, such as Aston Martin and Sweden’s Koenigsegg, to develop and produce high-performance electric drive components for high-end cars.

The company separated its supercar-making operations from its EV components business last year, with Rimac Group overseeing both of the new companies. Rimac’s supercar arm also took over Bugatti, which was spun off from Volkswagen Group. The newly formed Bugatti Rimac is mostly owned by Rimac, but Porsche –which itself is owned by Volkswagen and owns the aforementioned chunk of Rimac Group overall — owns 45% of Bugatti Rimac. The EV components business remains wholly owned by Rimac Group.

The new investment round was led by SoftBank and Goldman Sachs. The European investment group InvestIndustrial, already a major Rimac investor, also participated in this new investment round. Rimac’s largest shareholder, however, remains its founder, 34-year-old Mate Rimac, according to the company. This is the largest single round of investment Rimac has received so far, Mate Rimac said. It implies a total valuation of €2 billion for the company, according to Rimac.

Rimac Group’s wholly owned subsidiary, Rimac Technologies, continues to supply to other companies major electric vehicle components, including electric vehicle and hybrid batteries, electric motors and fully operational chassis. It has worked with Aston Martin and Automobili Pininfarina, among others.

The company will continue to concentrate on making components for luxury and high-performance electric vehicles, Mate Rimac said, rather than mass-market EVs.

Rimac is building a new headquarters campus in Zagreb, Croatia. Besides housing the company’s corporate offices, as well as that of Bugatti Rimac, production of Rimac’s new $2.5 million Nevera supercar will be based there. Final assembly of Bugatti cars will continue to take place in Molsheim, France, Mate Rimac said during an online press conference, although corporate functions and vehicle development will take place in Zagreb.

There will also be a research and development center where cars will be tested out in the open, Mate Rimac said during a meeting with reporters.

“We really want to make it really special,” he said. “There’s no fences, so it’s probably the only automotive ‘R and D’ facility with full access of the public.”

Car companies generally develop prototype vehicles in great secrecy at proving grounds and development centers that are deep in rural or wooded areas and behind tall fences. The idea is to keep competitors from finding out details of upcoming, or potentially upcoming, products.

Rimac plans to hire 700 new employees as it prepares to increase production of cars and components, Rimac said in a statement. Rimac also plans to open a number of new corporate offices in various locations around Europe, including other places in Croatia. The company currently has about 1,500 employees.

In an online meeting with reporters, Mate Rimac said he didn’t want to take the company public too soon. allowing it time to develop under private ownership. He’s glad he didn’t, he said, given the poor performance of other electric vehicle startups that have seen their share prices tumble after going public.