Home Supercars EU's electric vehicle drive leaves supercars at the back of the grid...
Supercars

Petrolhead supercar owners who love the rumble of a V8 and the aroma of exhaust fumes are being told to prepare for a legally enforced smoother and cleaner ride.

The EU this week agreed draft legislation banning the sale of new petrol or diesel cars by 2035, ignoring a plea from Italy for a “Ferrari exception” to allow its supercar industry to continue making its petrol-powered products.

After 16 hours of tense negotiations in Luxembourg environment ministers of the 27 countries agreed to the ban as part of the EU’s “Fit for 55” plan to reduce greenhouse gas emissions by at least 55% by 2030​.

The UK government has already set out plans to ban the sale of new petrol and diesel vehicles from 2030, with a similar ban on hybrids five years later.

While most of the automotive industry has long been preparing for the widespread adoption of electric cars, many producers of supercars – loosely defined as high performance sports cars with price tags ranging from £100,000 to more than £1m – have failed to invest in the battery technology needed to power them and claim that customers prefer petrol-driven sports cars.

About 4.2m electric cars were sold across the world last year, up 108% on 2020 and 198% on 2019, according to figures from automotive analyst Jato. However, none of the 22,000 cars classed as supercars or luxury GTs (grand tourers) sold last year were fully electric.

Benjamin Stephan, a spokesperson for Greenpeace, welcomed the news that an agreement had finally been hammered out in Luxembourg but complained that it was “way too late and won’t be enough to keep the 1.5C pledge alive”.

“Banning new oil-burning cars is the right thing to do, but a 2035 phase-out is much too late to limit global heating to 1.5C and keeps us locked into oil dependency that bankrolls wars and hurts people’s pockets at the pump,” he said. “Europe desperately needs to decarbonise transport, but ministers missed a golden opportunity.

“There were a number of attempts by Italy to delay the phase-out to create loopholes to keep making petrol supercars for the super-rich.” 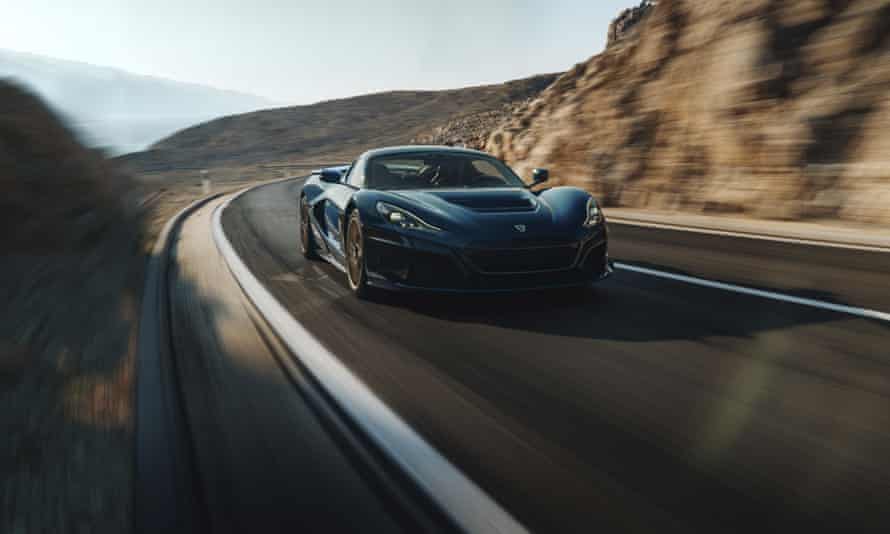 Italy, home of supercar makers Ferrari, Lamborghini and Maserati, had called for an opt out, claiming that their emissions are negligible because they are driven far less than regular cars. Italy and other countries also called for more time to invest in battery technology.

“In the [supercar] market there is a niche,” Roberto Cingolani, Italy’s minister for ecological transition, said last year. “Those cars need very special technology and they need batteries for the transition.”

Stephan said it was good news that supercars will be turning electric, but said that in an ideal world Greenpeace would like to see a total ban on commercial racing cars. “[They] are a disaster from an environmental point of view,” he said. “Yes, making them electric is better, but they will require a huge amount of resources compared to regular cars. And what’s the point in spending all these resources on cars that you can drive really fast but you can’t hardly drive on any roads.

“It’s just not a sensitive thing to still be making them.”

Finch added: “Some companies are going faster than others, but there’s no hiding now that the future is electric and if they want to grab market share, they have to do it now.”

Ferrari is set to release its first fully electric car in 2025, and claims that 40% of its range will be battery powered by the end of the decade. Lamborghini has said it will have an electric model “this decade”.

Asked whether electric supercars can have the same thrill and smell of petrol power, Finch said: “If you want real power, if you want real torque, you want an all-electric. Anyone who has driven one suddenly realizes these are brilliant cars … the smell I can’t help you with, but who really wants the stink of combustion when you could have the clean air of electric.”