Electric Vehicles Are Going Off-Road! Here is Volcon’s Stag and Everything it Features 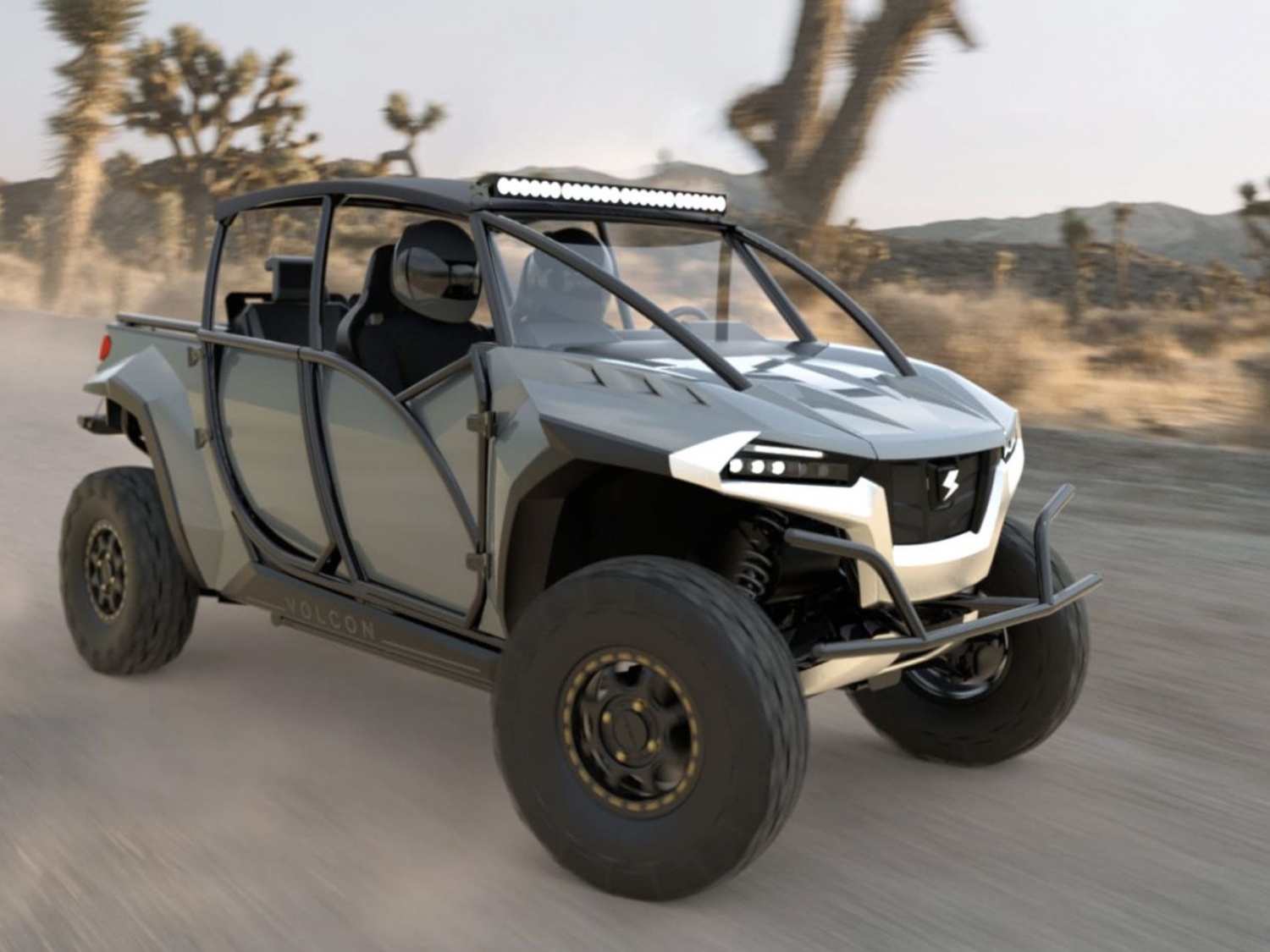 Volcon has formally announced and opened the door to consumer reservations for its flagship, totally electric UTV, the Stag, on Friday, July 1, via its website. Volcon is a Texas-based powersports firm.

The unveiling of its Stag, which uses the latest in EV technology and offers class-leading performance without the noise or emissions of many popular UTVs on the market today, has been widely anticipated.

The Stag was initially presented to the public nearly two years ago during Volcon’s debut. However, the development of the Grunt electric motorbike consumed the majority of Volcon’s resources. Volcon said the Stag would go into production in 2022 after the Grunt began shipping last year. Now, it appears that the corporation is on the verge of fulfilling its promise, with delivery of the new Stag scheduled for the summer of 2023.

Features of the Electric UTV, ‘Stag’

The four-seater stag combines great power with little noise, utilizing the most significant benefits of electric cars and powertrains. Max power delivers around 107 kW (143 hp), with a peak torque of 265 lb-ft (360 Nm). “The electric motor produces a flat torque curve offering quick power the minute you contact the pedal, resulting in unrivaled off-road acceleration,” the manufacturer said. A top speed of 80 mph (130 km/h) is achievable as well.

The Stag has a 4WD mode that engages the front axle anytime the rear wheels lose traction. It also intelligently optimizes power distribution across the wheels for more stable cornering. Off-road driving at slower speeds can be improved with the Crawl mode, which allows the Stag to travel slowly without using the throttle and allows the driver to manage the pace only using the brakes.

In addition, the Stag has two built-in cameras for content capturing, with more alternatives available. The video acquired by the onboard cameras is processed by onboard computer devices. Drivers may share their ride stream with friends and family via the Volcon app and a sim card.

While the stag can fit up to four passengers and cargo at the same time, the rear seats can also be folded down for up to 26.7 cubic feet of extra storage space (756 liters). In tow mode, the stag has a payload of 1,550 lb (703 kilograms) and a towing capacity of 2,000 lb (907 kg). The Volcon Stag also houses a 7.2 kW AC charger that supports Level 2 recharge lasting the vehicle a battery life of over six hours.

Over the following days, Volcon’s dealer network will be able to place pre-production orders for the Stag, which has been one of the top demands from the Company’s North American, Latin American, and Caribbean distribution networks. Volcon anticipates that the Stag will be warmly embraced by off-road aficionados and newbies who have long awaited a high-quality, all-electric vehicle.

Interested buyers can make a reservation for $100, which will keep their position in line ahead of the scheduled summer 2023 deliveries. However, its expected retail price might go as high as $39,999.

ⓒ 2021 TECHTIMES.com All rights reserved. Do not reproduce without permission.