Home Supercars Fraser: I need to prove myself before Supercars graduation
Supercars 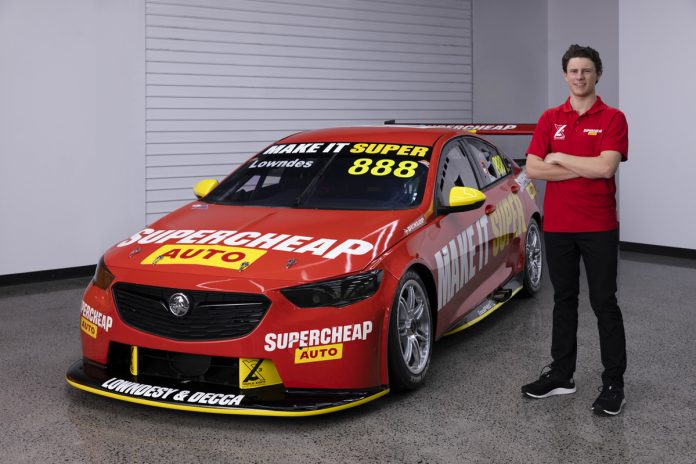 Declan Fraser says he needs to get runs on the board before looking at making the big step up to the Repco Supercars Championship full-time.

The Dunlop Super2 Series front-runner is in his second season of the primary championship feeder.

This year he joined Triple Eight Race Engineering from MW Motorsport and finds himself second in the standings, 84 points behind Grove Racing’s Matt Payne.

His Supercheap Auto-backed Bathurst 1000 wildcard with Craig Lowndes points to an obvious desire to race in the Supercars Championship.

However, he’s conscious that he needs to prove himself first.

“Obviously it’s every guy’s dream, is trying to get into Supercars and to move up as soon as possible,” Fraser told Speedcafe.com.

“But at the moment, there’s still a long way to go in Super2 and I’ve just got to make sure that I’m doing exactly what I can to prove myself.

“I don’t want to be a guy that goes into a main game seat without having the runs on the board and without proving himself first.

“You’ve got to prove yourself in these lower categories and I think if you’re not proving yourself, there’s no point in moving up.

“I’m going to do everything I can this year and make sure that we’ve got the best shot at winning that title, then hopefully, if we can prove ourselves, move up in the coming years.”

It’s not abundantly clear where an opening might be for Fraser if he was to step up in 2023.

PremiAir Racing could have two vacancies while there is persistent uncertainty surrounding Team 18 and Mark Winterbottom.

In any case, stepping up next year would coincide well with the advent of Gen3.

“Now, with the introduction of Gen3, it’s massively important for me to sort of move up – not as soon as possible because I don’t want to rush things – but at the same time, I don’t want to miss the boat .

“That’s why I’m going away to all these races with Triple Eight in the main game and learning as much as possible.

“It’s just, I guess, you could say, accelerating my development within myself to learn as much as possible.

“I think if we can hone those skills a lot quicker, I would like to move up sooner rather than later and not spend another couple of years in Super2.”

In many ways, Fraser has followed in the footsteps of Broc Feeney.

Indeed, it was Feeney who last year raced for Triple Eight in the first Supercheap Auto-backed wildcard alongside Russell Ingall, alongside his title-winning Super2 campaign.

The pair have become good mates, and Fraser is finding Feeney to be a good sounding board.

“I’m sort of following along what Broc has done so far, looking at him and the progression that he made and him as a character, going ahead leaps and bounds,” said Fraser.

“If I just keep on the trajectory I’m going now and just keep sponging off the people that are around me at Triple Eight and learning as much as possible, hopefully we can just keep getting the results on the board and keep moving forward. ”