gov. Polis promotes electric vehicles. So why isn’t he driven around in one? – The Durango Herald 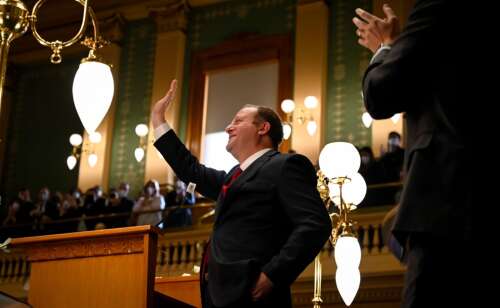 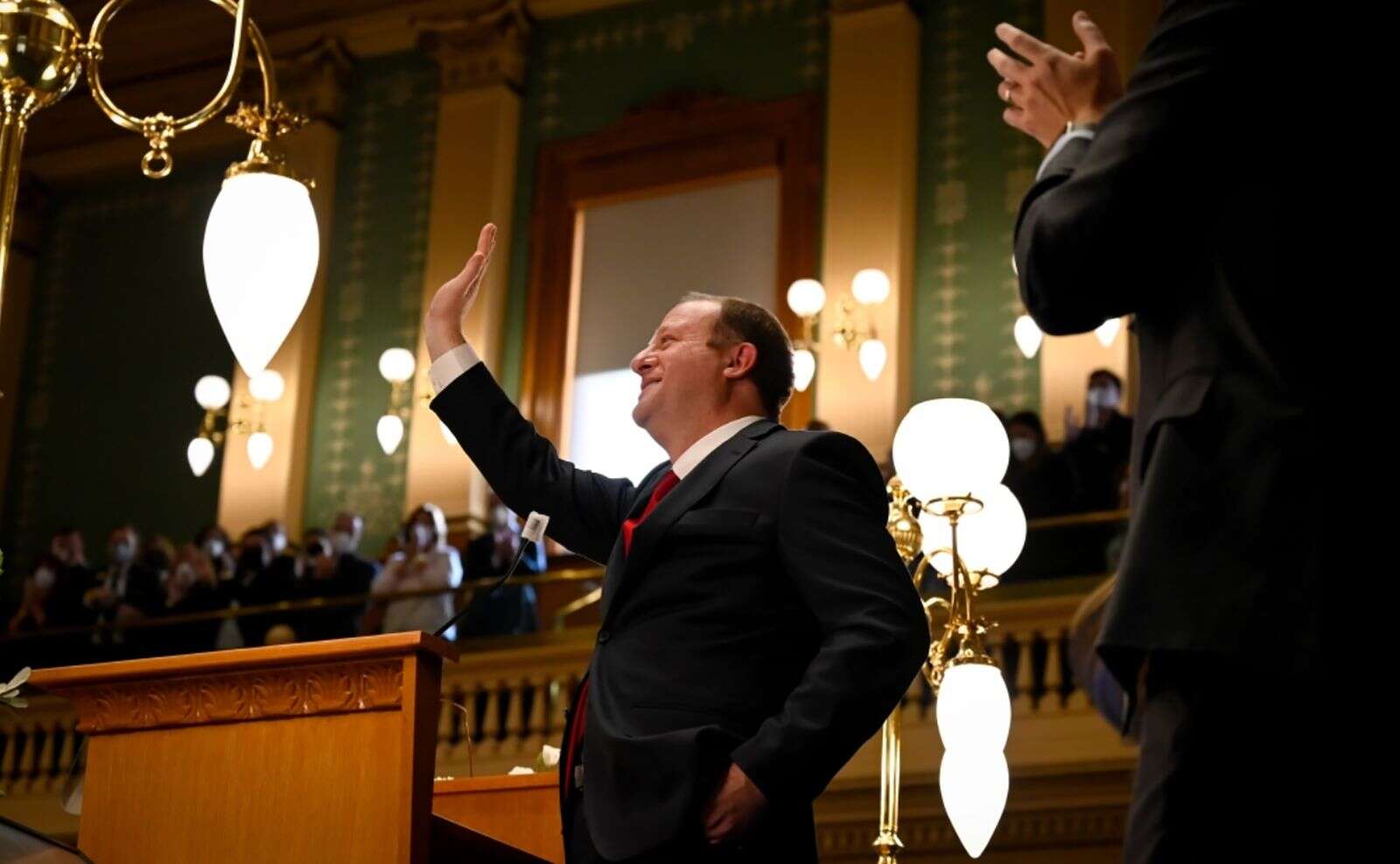 gov. Jared Polis and his administration have encouraged Coloradans to carpool and use electric vehicles to help meet the state’s ambitious greenhouse gas reduction goals.

But Polis often spends an hour and a half being driven to and from Denver in a hulking, gasoline-powered Chevrolet Suburban.

Over the past two years, Polis was driven by Colorado State Patrol troopers from his home in Boulder to the Capitol in Denver, the governor’s mansion in Denver or to other locations in Denver more than 235 times, according to his calendars, obtained by the Colorado Sun through a public records request.

His calendars – portions of which are redacted – cover January 2020 through early March. That includes several months during the coronavirus pandemic when residents were urged to stay home, and the legislature was shut down.

Conor Cahill, a spokesman for Polis, said the governor has requested to be driven in an electric vehicle. The Department of Public Safety has declined to grant his request for safety reasons, telling The Sun there isn’t an electric vehicle that meets their standards for protection.

But the governor’s commutes between Boulder and Denver have drawn criticism from environmentalists who say the Democratic governor should lead by example.

“Electric vehicles are made for exactly this kind of situation: Regular, fixed commutes where you know how many miles you are going,” said Ean Tafoya, Colorado director of GreenLatinos, an environmental group focused on the welfare of the Latino community. “It’d be great if the governor’s people would embrace the same idea, right?”

A 2019 Chevy Suburban that drives about 15,000 miles a year emits 8.9 tons of greenhouse gas emissions annually, according to the EPA.

Transportation is largest source of greenhouse gas emissions in Colorado

Reducing emissions from the transportation sector is a key pillar in the Polis administration’s roadmap to slash greenhouse gas emissions, which calls for a “near-complete electrification” of cars and trucks by 2050.

In an effort to reduce emissions last year, state air-quality regulators tried to require that large employers develop plans to reduce the number of workers commuting in their own cars. The proposed rule faced staunch opposition from business groups and was abandoned.

The transportation sector is the largest source of greenhouse-gas pollution in Colorado, with some 60% of emissions from the sector coming from cars and trucks, according to the state’s roadmap. It’s also a leading source of nitrogen oxides and particulate matter, pollutants that contribute to the ozone. The Front Range urban corridor saw a record number of high-ozone days last year – meaning days when the pollutant hit levels where it posed health concerns for sensitive groups.

Polis’ energy czar, Will Toor, has frequently championed electric vehicle or e-bicycle use.

Cahill, in his statement to The Sun, emphasized Polis’ commitment to combating the human sources of a changing climate.

But critics say there’s more the Polis administration could do to act in concert with its ambitious emissions reduction plan, including by electrifying the fleet and moving Polis closer to Denver, where the Legislature meets for 120 days each year.

The governor’s mansion, located about a mile from the state Capitol, serves as a residential home for governors and an official site for public functions, like state dinners. Polis declined to move in, preferring to stay at his residence in Boulder.

“He can read his greenhouse gas impact by moving closer to his job,” Tafoya said. “Someone like him may actually have the means to do that as compared to communities that … can’t afford to live near their jobs.”

Heidi Leathwood, a climate policy analyst with environmental group 350 Colorado, said the commutes were a “huge missed opportunity” given some of the state’s security vehicles were purchased after the greenhouse gas reduction goals were set in 2019. The roadmap’s call for widespread electric vehicle adoption is heavily dependent on consumer choices, Leathwood said.

“There is a bus,” she added, of alternate transportation methods.

Cahill said Polis does not always commute to Denver. He travels across the state regularly and works remotely several days a month.

His calendars show he traveled to Aurora, Fort Collins, Colorado Springs, Pueblo, Saguache and other locations between January 2020 and early March 2022.

As a parent, Polis has also “chosen to not uproot his children and change their schools just because his job changed that required him to commute to Denver to the Capitol several days a week,” Cahill said.

Polis is the first governor to not live in the mansion for at least a portion of his term since the estate was donated by the Boettcher family around 1960. Members of his administration have stayed in the mansion rent-free. Previous governors have complained about living there, likening it to a “fishbowl.”

A number of police departments and local governments across the US have switched to using electric vehicles in recent years, citing reduced maintenance and fuel costs.

The city of Fremont, California, for example, uses Teslas as police patrol vehicles. They are armored in the front door panels, similar to the protection offered in patrol vehicles manufactured by Ford, police Capt. Eric Tang said.

“There are companies that can armor almost any vehicle you want, but ours only have the armor in the front door panels,” Tang said.

The Boulder County Sheriff’s Office is testing out an electric vehicle. The city of Los Angeles is planning to electrify its entire 10,000 vehicle fleet. President Joe Biden even reportedly wanted to electrify the presidential limo, often referred to as “The Beast.”

The demand for armored electric vehicles has doubled each year for the past three years, said Mark Burton, the founder of Armormax, a company that bulletproofs cars. Armormax has four plants in the US and seven in other parts of the world.

The company has been armoring electric vehicles for about six years, mostly for private individuals and companies, including one in Colorado that transports celebrities to ski resorts, Burton said. Armormax makes a protective “cocoon” within the vehicle, adding panels to the cavities in the car and replacing windows with thicker ballistic glass, he said.

It costs about $38,000 to armor the glass and doors on a car, Burton said. It’s in the mid-$60,000s for the “full presidential type package,” which also adds armoring behind rear seats, on the roof and other parts of the car.

Patricia Billinger, a spokeswoman for the Department of Public Safety, which includes the Colorado State Patrol, confirmed that the governor has asked to be transported in an electric vehicle. But in 2019, when he took office, there wasn’t an electric vehicle on the market that met the safety, passenger and affordability requirements of his security detail, she said.

“We have a duty first and foremost to ensure the safety of the governor,” she said. “The Governor’s Security Detail vehicles represent a tiny portion of the statewide fleet and have a lower average of miles-driven-per-year than other Colorado State Patrol vehicles.”

The agency has numerous hybrid or electric cars in its fleet, she said.

It’s not clear why an electric vehicle wouldn’t meet the state patrol’s security parameters for protecting the governor. The agency does not disclose security measures in place to protect the governor, Billinger said.

But, she said, state policies and contracts don’t allow Teslas to be purchased, and they require that electric or hybrid vehicles purchased by Colorado have a comparable price to a gas-powered car. Electric vehicles can’t be purchased if they cost more than 10% more than petroleum-fueled alternatives, Billinger said.

The state was charged $114,229 for three of the five Durangos, at least two of which came with an undercover lighting package and an anti-theft feature, according to invoices.

Electrifying the state fleet is a priority of the administration, which has labeled it a “Wildly Important Goal.” The state is on track to surpass its goal to increase the number of electric vehicles in the state fleet from 225 in the 2020-21 fiscal year to 300 by June 30.

The governor has sent agencies letters telling them to electrify the state fleet as fast as possible and agencies are required to submit waivers for nonelectric vehicle purchases, said Doug Platt, a spokesman for the Department of Personnel and Administration.

In one such letter, sent last April, Polis said lack of charging infrastructure, driving in the mountains or driving in inclement weather would not be considered sufficient justification to get out of using an electric vehicle, as there were electric cars that worked well under those circumstances.

“Effective immediately, if there is an electric model available to the state that is the same vehicle type approved for replacement, agencies are directed to select the EV,” Polis wrote in the letter, which was provided to The Sun.

He added: “The future is bright for electric vehicles.”

But Leathwood said the state should be moving faster to electrify its fleet of approximately 6,500 cars and that having about 240 of its vehicles electric at this point was not enough.

“Sometimes it seems like Polis says one thing and does another,” she said.

Leathwood cited Polis’ threat to veto an aggressive climate action bill last year and what she characterized as the plodding pace at which new environmental regulations are being finalized.

Cahill said the governor’s administration was focused on emissions reductions, but that cap-and-trade type programs, like the one in the bill, were “the wrong policy for Colorado and especially communities of color.”

It allows “polluters to buy their way out of emission reductions,” he said.

The Colorado Sun is a reader-supported, nonpartisan news organization dedicated to covering Colorado issues. To learn more, go to coloradosun.com.