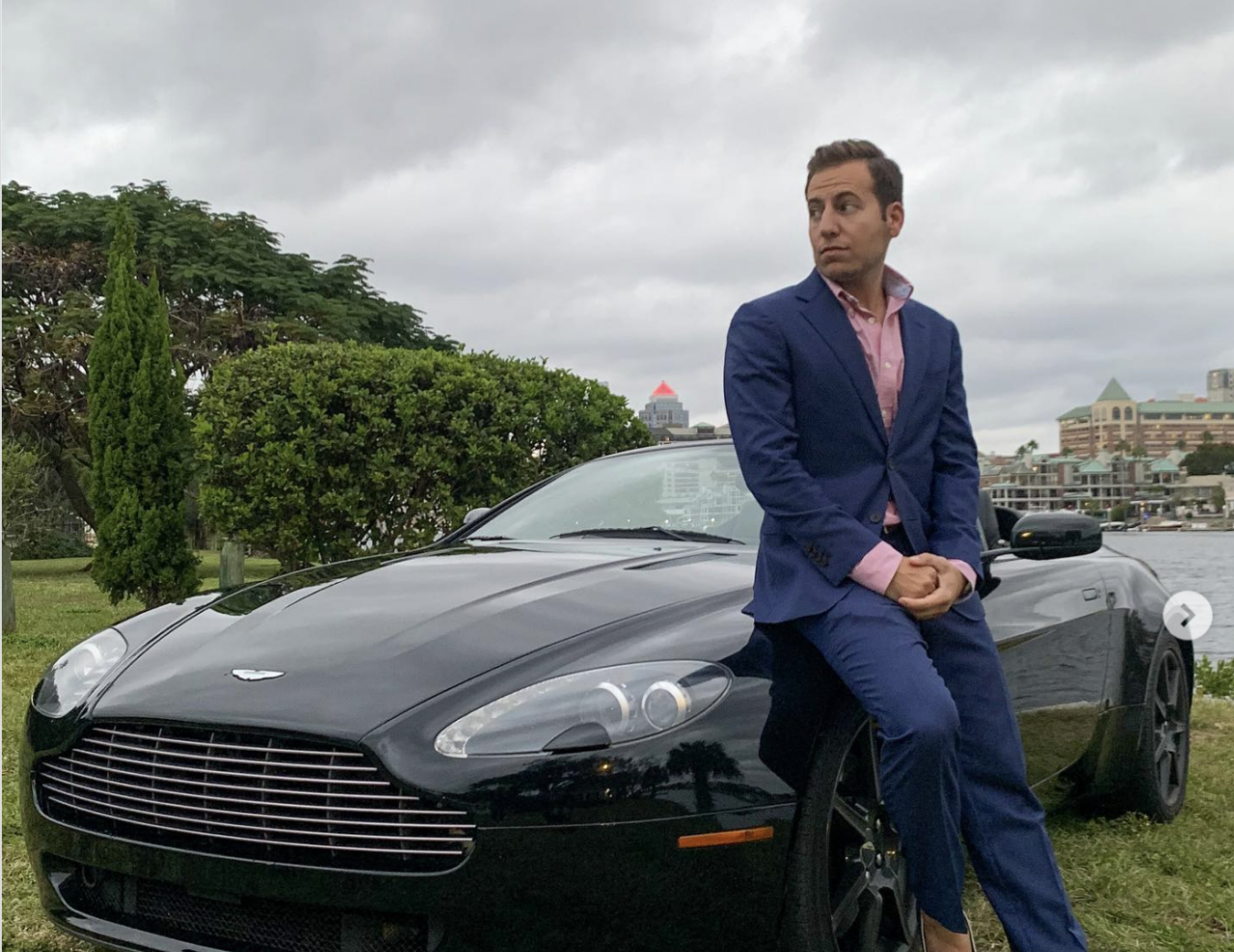 House candidate Jake Hoffman‘s Instagram account shows he loves luxury cars, lavish vacations, and the rewards of success. Nothing wrong with that, but the fact his lifestyle stepped up in 2020 raises questions.

For example, why was his business pulling a Paycheck Protection Program loan at the peak of the pandemic? And were federal dollars meant to keep his payroll healthy also feeding his appetite for European sports cars?

Two days after Christmas in 2020, Hoffman took to Instagram to show off a birthday present to himself: an Aston Martin V8 Vantage. The shiny vehicle appears to be a 2021 model, which, depending on the features, bore a starting sticker price upwards of $142,000.

“It’s probably not the best idea to stunt at the end of 2020 with all the pain and suffering across the world,” Hoffman acknowledged in the post. But sharing a rags-to-riches story, he discussed the importance of upgrading from a 1989 Cadillac Eldorado. He also notes since the successful companies he operated online — Hoffman co-founded Invasion Digital Media — pandemic conditions that closed down offices throughout the world had not his bottom line so hard.

“While 2020 has been tough on a lot of people, if you’ve spent the last decade fortifying, building and investing in multiple 100% digital companies, this year was actually pretty great, as taboo as that is to say,” he said .

But that’s a different story from the one he told to media outlets when he announced his candidacy for Florida House District 65. His company partnered with the NFL and UFC, and while he could work from home his computer, Hoffman said lockdowns that shut down gyms and sporting events in the country caused hits to the bottom line, blaming in part pandemic policies .

More important than statements to the media, Hoffman also poor-mouthed the federal government. He sought a PPP loan in the first round of funding and received $217,767, an amount since completely forgiven. He requested funding to cover $180,000 in payroll, along with $20,000 in rent and $17,767 in utility costs for the business, according to a database maintained by Pro Publica.

That doesn’t appear to be the only loan the company pulled. Invasion Digital Media operates under the corporate umbrella of Hoffman Publishing, which also pulled a $233,750 loan in the second round of PPP funding. Again, the loan was fully forgiven, including interest. In the loan application, the funding sought the full amount to cover payroll expenses.

While the first loan was approved in April 2020, weeks after he posted pictures of a trip to Portugal but during very early and uncertain stages of the pandemic, the second installment won support in January 2021, after Hoffman boasts about the purchase of his sports car online and a month before he posted shirtless photos from a vacation to Puerto Rico.

But social media shows Hoffman’s lifestyle never slowed down. Hey what married in May in a wedding in front of an Irish castle and honeymooned in Monte Carlo other Saint Tropez. 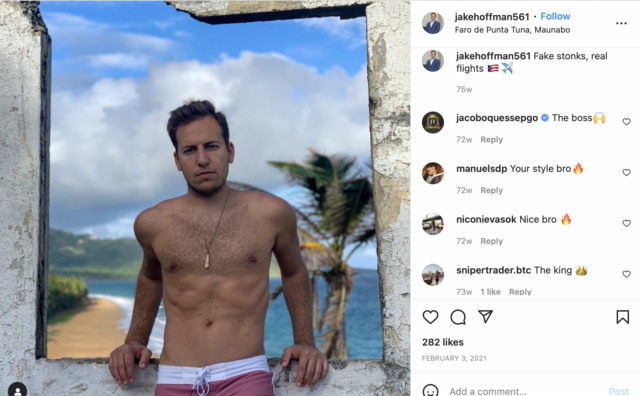 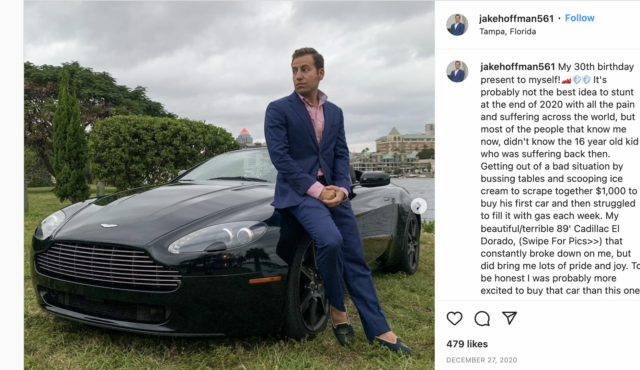 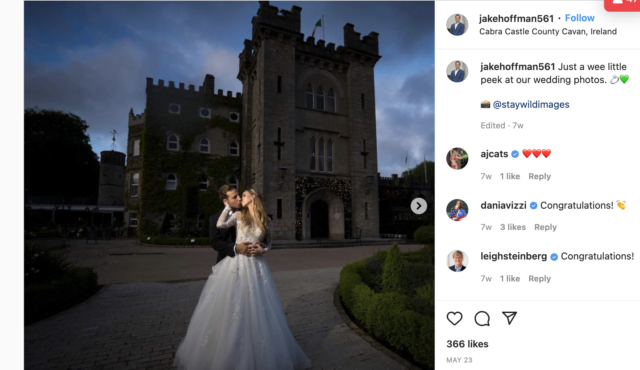 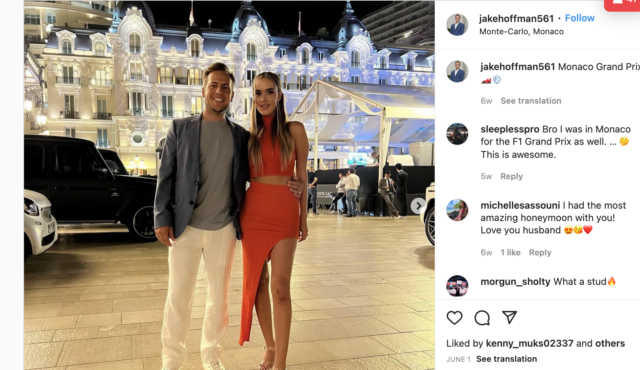 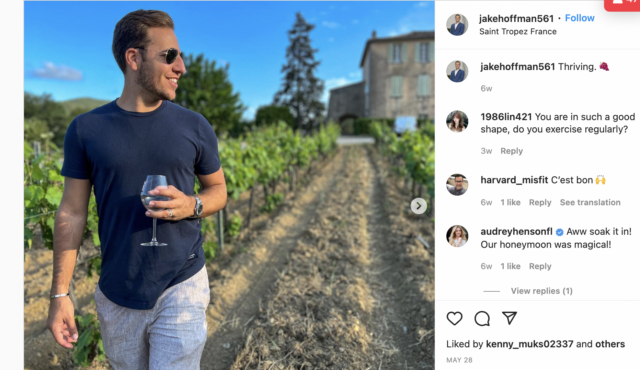