Supercar Weekend roars back to Beaulieu 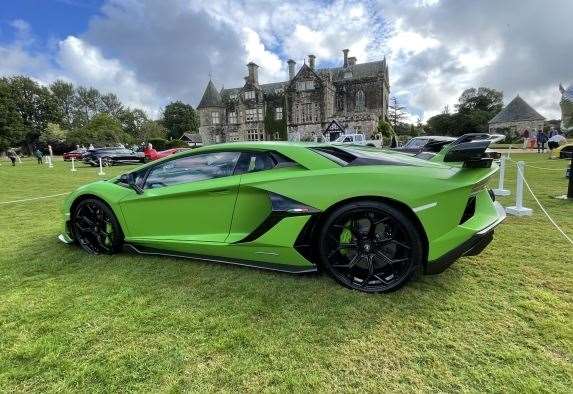 MOTORING fanatics can get up close to more than 900 high-powered vehicles when the Beaulieu Supercar weekend returns next month.

Now in its 11th year, the two-day event on 6th and 7th August will be in the grounds of the National Motor Museum and the parkland of Palace House, with organizers promising a jaw-dropping array of supercars and hypercars, high-octane demonstration runs, sound-offs and special displays.

More than 900 high-powered vehicles will be there

A popular demonstration run will see the supercars put through their paces in a 100-metre sprint. The test is designed to showcase acceleration, handling and braking and will feature an array of vehicles including Lamborghinis, Ferraris, McLarens, Porsches and Maseratis.

Ticket-holders are also in with a chance to take a spin in one of the supercars by entering a charity raffle run by the Sporting Bears Motor Club.

Another highlight will be a one-off display celebrating Aston Martin through the ages, set against the backdrop of Palace House. From early classics through to modern day motoring, varieties of models will be represented in a showcase of one of Britain’s most iconic brands.

In the afternoon, crowds can enjoy the return of the supercar sound-off that will gauge which has the best roar.

A selection of cars will be chosen to rev the tunes of their powerful engines, and whichever rouses the loudest cheer from spectators will receive a celebratory trophy.

Exhibiting some of the latest and most sought after supercars, specialist manufacturers will be attending the show to chat to potential buyers.

Admission tickets include entry to all Beaulieu attractions including Bond in Motion – No Time To Die in the National Motor Museum, Little Beaulieu, World of Top Gear, On Screen Cars, the ancestral Montagu home Palace House, Secret Army Exhibition, the 13th century Beaulieu Abbey and the stunning grounds and gardens.

Tickets are £23 in advance or £26 on the day with concessions for families, children and pensioners. For more information and bookings visit www.beaulieu.co.uk