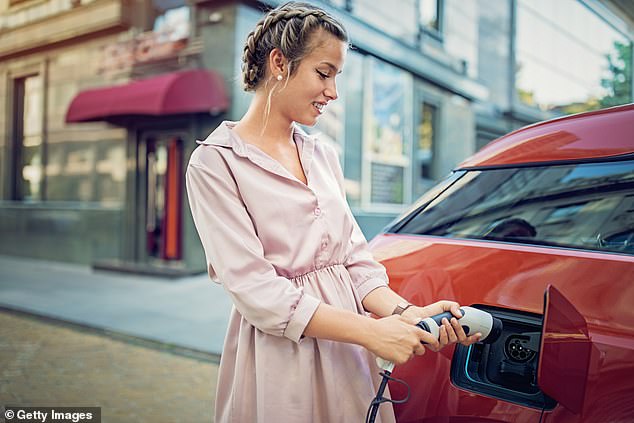 While huge petrol price increases are fueling a very high demand for electric vehicles in Australia, there are not enough EV cars available.

But an entering mechanic is helping to meet the demand by converting petrol-guzzlers into EVs – but there is a hefty upfront cost.

And he should know. Mr Manietta built his first electric car in his workshop in Logan, Queensland, 15 years ago.

Electric cars are becoming more popular in Australia. Pictured is a young woman attaching an electric charger to her car

Word soon spread about his work and over time it grew into a steady business.

The process involves removing the exhaust and radiator systems, and adding batteries to power the vehicle.

The batteries should last from 10 to 18 years depending on how often the car is used.

The starting price for a conversion is $16,000 and goes up from there depending on the vehicle.

But the savings start as soon as the job is done, with the converted car giving the driver a range of about 100km.

‘In 10 years time, I think it’ll be so cheap to put in a 1,000km range of battery because the technology is improving at an exponential rate,’ Mr Manietta told A Current Affair.

He said powering an EV to cover a longer range means more batteries and higher costs, and that older cars are often cheaper to convert than newer models.

Mr Manietta said that in 10 years time, people would look at someone driving a diesel powered car ‘like we look at a smoker nowadays, with a bit of disdain’.

‘Regardless of what the naysayers and the coal huggers all carry on about, we need clean air, we need a clean environment.’

Brisbane man Brendan Poole saved a Nissan Tiida from the scrap heap by having it converted to an EV.

The rising price of fuel no longer bothers him. ‘It was a petrol car blowing smoke and now it’s not, so it’s still got a second life,’ he said. 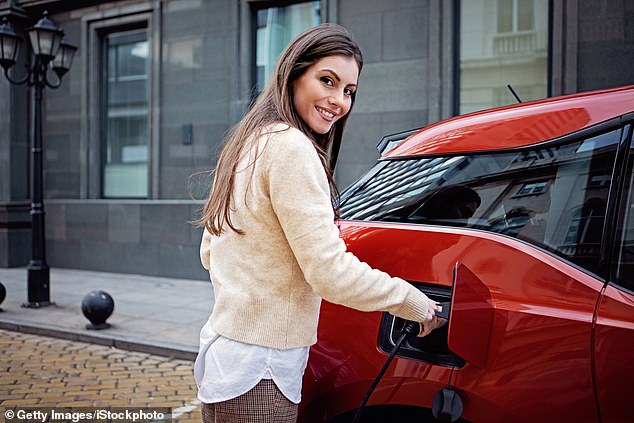 Across Australia, fully electric vehicles have a minuscule 0.6 per cent market share. Pictured is a woman charging an EV

Mr Manietta refers to the ‘EV grin’ – the smile electric vehicle owners get when they drive past a petrol station and see the prices listed.

The trained mechanic now also recycles vehicle batteries into powerwalls that can be attached to home solar units.

‘And we’re not rocket scientists, this is just common sense,’ he said.

NSW Treasurer Matt Kean – known for climate change campaigning – announced last Tuesday that the state government would spend an extra $38 million on its electric car strategy, taking total investment to more than half a billion dollars. 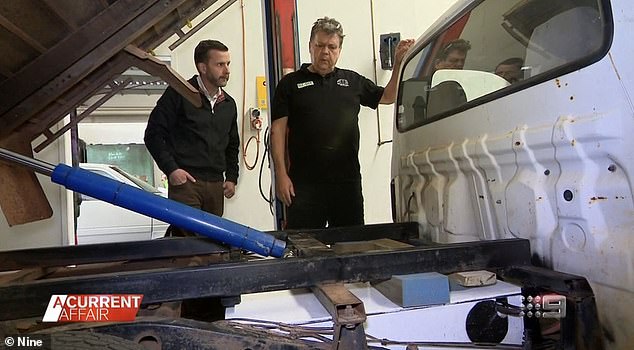 The money will be spent on installing more charging points in streets, apartment buildings, and designated stations.

Across Australia, fully electric vehicles have a minuscule 0.6 per cent market share.

But the NSW Government wants to increase that figure to more than 50 per cent by 2030-31.