How This Congolese Mechanic Transforms Small Cars to Limousines 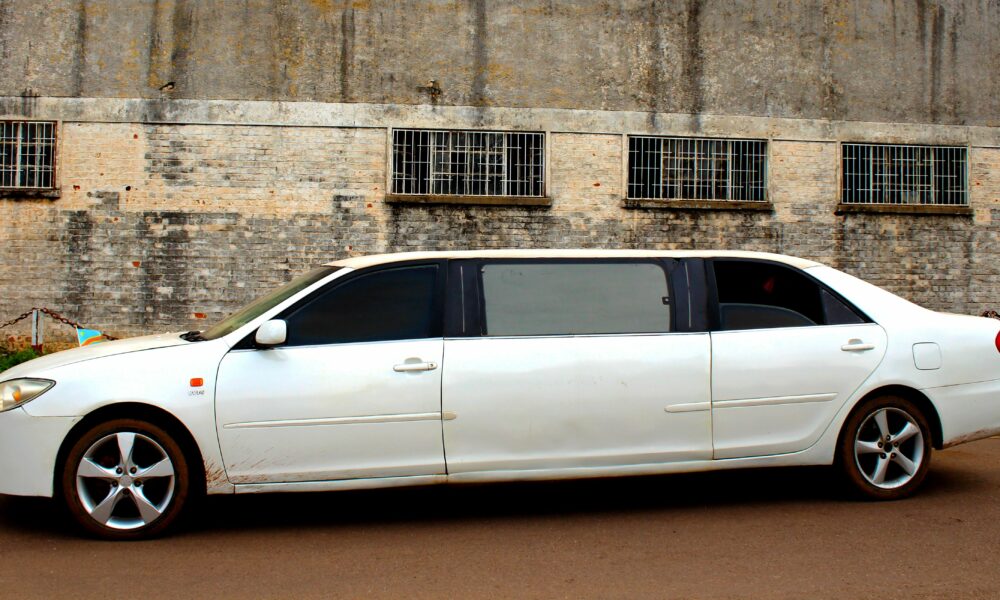 When Kikuna Lwembe returned home from uni with his academic certificate tucked in a briefcase, he jumped into his mechanic’s overalls and headed straight into a world of grease, screws, spanners, and metal parts – a far cry from the Diplo-speak, documents, airy boardrooms, conferences and deliberations that his university degree offered. But this is what he wanted, loved; and that is why he so readily traded his academic career for an artisan’s job.

From the age of six, Kikunda, now 32, was fascinated by cars. Growing up in Lubumbashi, also known as Congo’s ‘copper capital’, he was surrounded by a family of mechanics, which not only fueled his interest and imagination in creating vehicles but also supplied him with a ready supply of tools and practical opportunities.

“I was lucky to be born and grow up in a family of mechanics, and this means I caught the passion early in life. I also used to accompany my father to the workshop and watch (him) fixing vehicles, and as I grew older I began to get involved as an apprentice. I quickly learned about the car parts and their functions,” Kikunda said.

Although he graduated with a degree in international relations at the University of Lubumbashi in 2011, his family didn’t stand in his way when he turned to his first love. They recognized that he’d be successful, anyway.

“I am a go-getter and I have a supportive family,” says Kikunda, who is the second last born in a family of 10. He also had a dream.

“The more I was helping in fixing the cars, the more I started gaining some expertise and practical experience. This is when the dream to build my car gripped me and over time, I started to understand the models and teach myself the design of cars by observing the sizes and shapes of the ones that were brought to our garage for repair… today, here I am – the producer-maker of a sedan.” 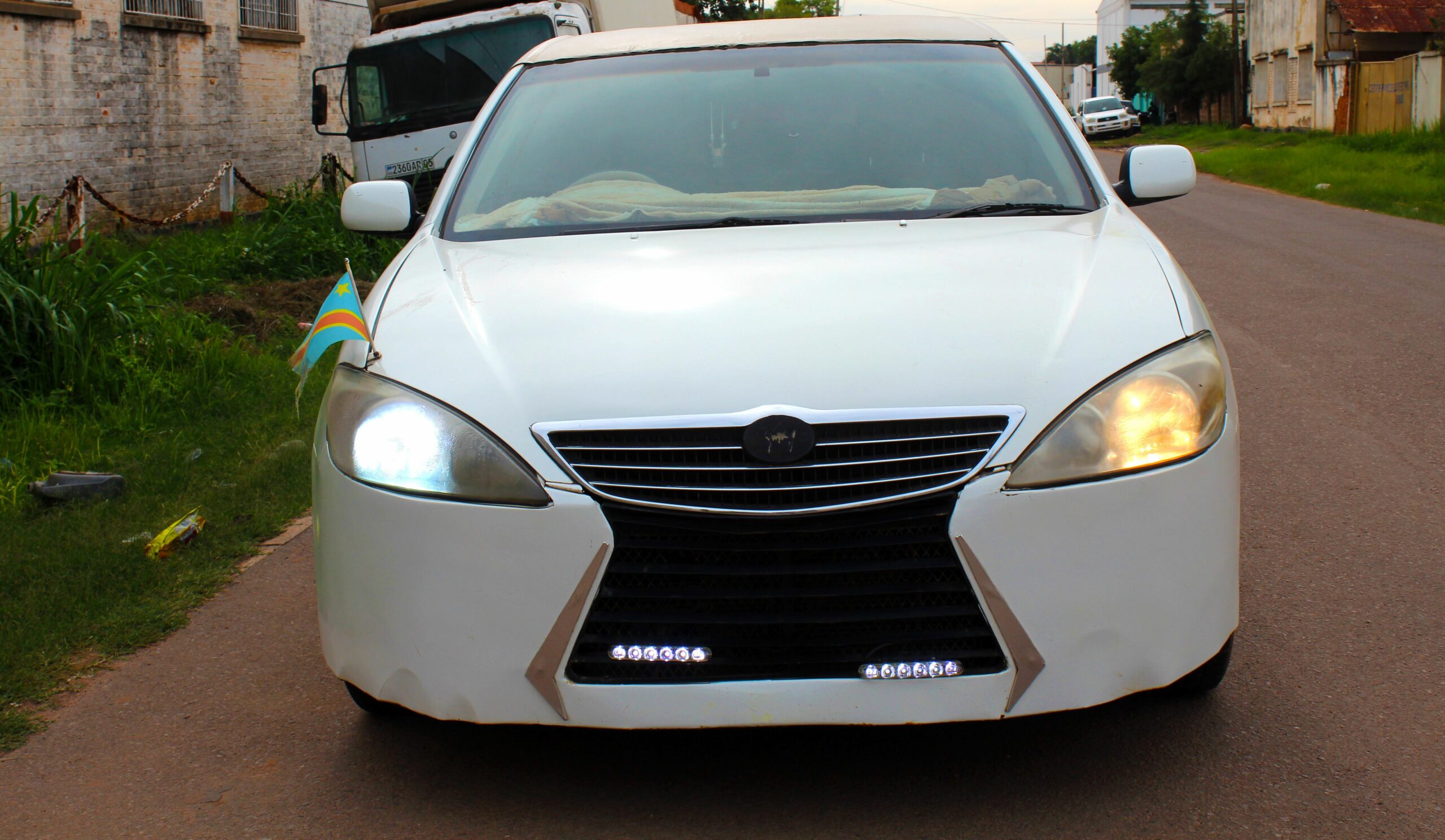 In 2016, in his workshop at number 5 Hewa Bora Avenue in the industrial district near where his father Oscar Kikunda, 68, and other family members owned a garage, Kikunda embarked on a journey to transform a Toyota Camry, into a luxury car that could serve as transport on special occasions – something that he noticed was missing from the streets, yet in demand. The project required capital but he was able to draw on savings.

“The first car I had built was the sedan with an overall budget of $13,000; it was first necessary to gather all the required parts like metal and iron bars,” Lwembe recalled.

Lwembe does not work alone; he has a team of eight workers.

“I partnered and worked with family members who had special automotive skills, and this helped me to realize my dream,” Lwembe explained. Luckily, with a family in the business, there was plenty of help at hand. Five of his team are family members. The conversion work requires plenty of manual labour. 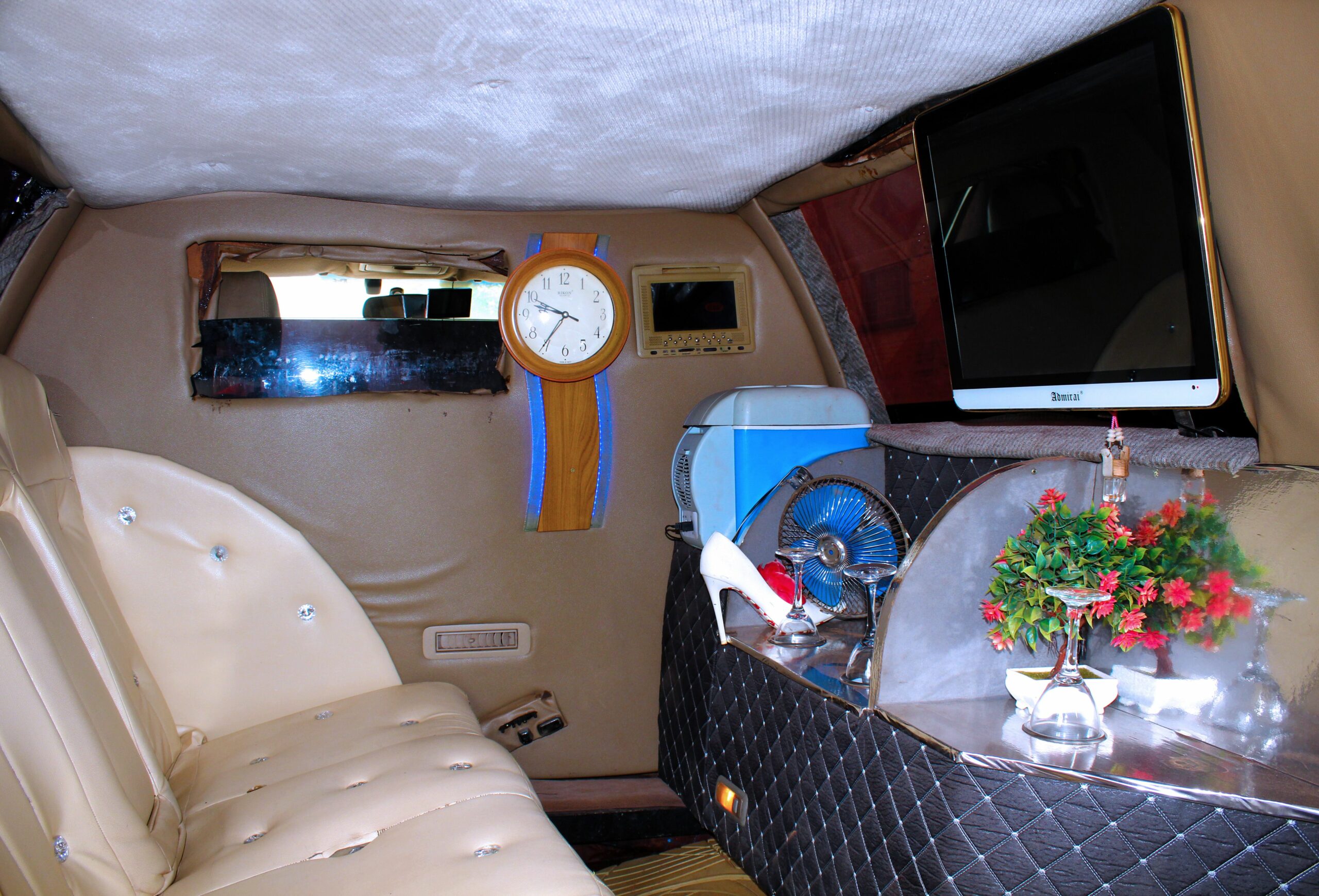 “It’s an assembly by hand, unlike in other automated assemblies where machines do the work, including designs. I started from scratch and came up with a design of a new chassis; all of this was done manually,” he added.

There were plenty of early challenges to overcome to realize the design, however.

“The main challenge has been accessing the materials and the appropriate machines for manufacturing parts,” Kikuda said. “Another challenge is finance; I had planned to finish this project in three months but unfortunately it took twelve months,” he explained.

The limousine is in huge demand as wedding transport. In use for three years already, it has clients paying 200 US dollars for rental, per day – though that comes with a complimentary bottle of champagne.

“Although my friends and my fellow mechanics wanted me to sell the limo, I opted to be renting it ou,” Kikunda said with a smile.

Customers seem to be highly satisfied. 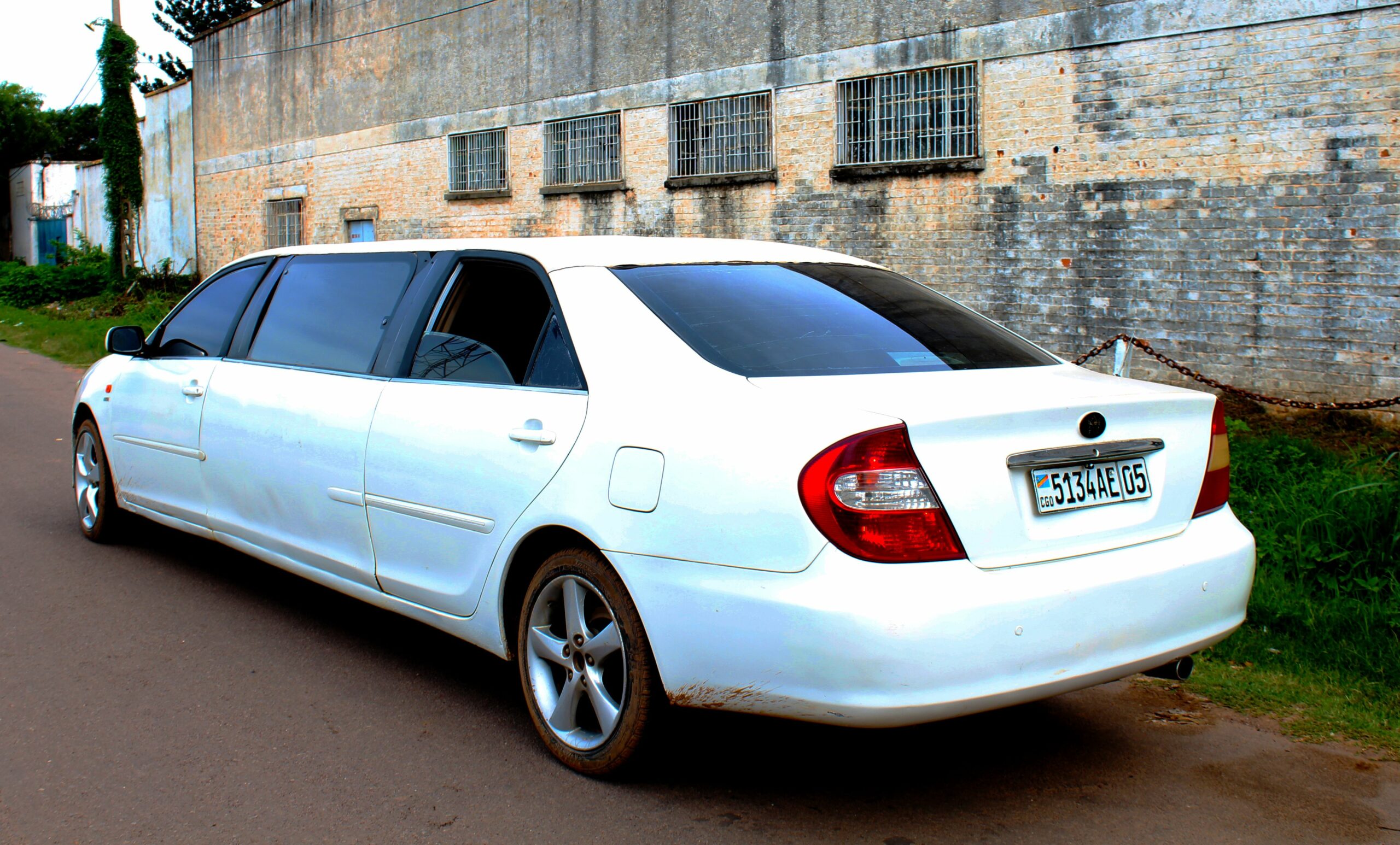 “We chose his car for our wedding because it was affordable and comfortable, and to go with it, was a free bottle of champagne,” explained 32-year-old Kadoni Douceur, an assistant lecturer at the University of Lubumbashi.

While not yet ready to let go of his “first love”, Lwembe has embarked on his next project: making an outsize sports SUV for on-road and off-road conditions in and around Lubumbashi.

Allure Limousines Giving Away One Year’s Worth Of Free