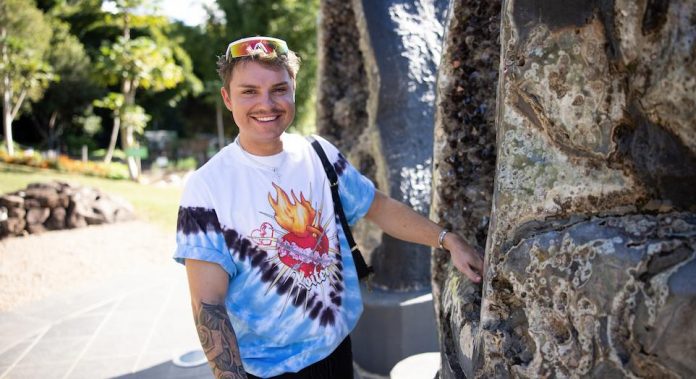 Byron Baes is a new reality series to Netflix in 2022. Focused on a group of creatives from New South Wales, Byron Baes brings a whole lot of drama to viewers’ screens as new people join the friendship group in episode 1. Spiritual healers, fashionistas and social media influencers are all cast members on Byron Baes.

Jade Kevin Foster is the most Insta-famous of his castmates, so let’s find out more about the Byron Baes cast member, from his early days in modeling to 2022 projects and more TV opportunities he’s had…

Who is Jade Kevin Foster?

His modeling career kicked off when he was 20 years old. In an Instagram post from 2013, Jade revealed that he modeled at Mercedez-Benz Fashion Week in Hong Kong in his early modeling days.

Before walking the catwalk in Hong Kong, he’d also modeled on the front of magazines and for clothing stores in Sydney according to the IG post.

Following his success as a model, Jade Kevin Foster moved into acting and social media influencing.

Speaking to Vanity Teen in 2022, Jade said: “Acting was something I always had my eye on, I remember growing up I just wanted to be famous haha ​​Whether it was an actor, a reality star, or a presenter I just wanted to find my moment to shine”.

In 2021, he appeared in a Chris Sun horror movie called The Possessed. He’s also a cast member on Netlflix’s Byron Baes and the influencer is also collaborating with Naked Tan on a self-tan range called Jade Kevin Foster x Naked Tan in 2022.

Jade, quite impressively, has a following of 1.2M on Instagram. Get following the Byron Baes star @jadekevinfoster.

He’s also on Twitter with over 88K followers under the same handle.

Even before Jade’s Byron Baes days, it’s clear to see he’s a fan of living a luxury lifestyle. He can be seen posing with Blac Chyna on the ‘gram, driving sportscars, popping champions and taking snaps with Kim Kardashian.

After studying for her BA in Journalism at Solent University, Helen went straight into writing for GRV Media as years of binge-watching the Real Housewives of Atlanta finally started to pay off. Helen has been with the company for over three years, writing about reality TV and specializing in USA and UK content. Outside of work you’ll find her rustling up Nigella’s latest recipes, or at the beach walking her dog.