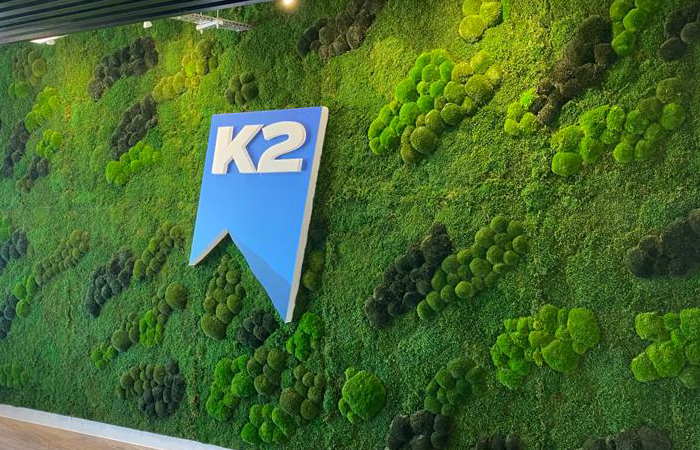 With sustainability a key focus for employee relocation firm K2 Corporate Mobility, electric vehicles were an obvious area to explore when the business sought to add to its benefits package.

Andrew Hayward, chief financial officer, who oversaw the project, says: “We wanted to do something that would support our employees financially but also help from a sustainability point of view, with most of our employees driving to the office.”

In April 2021, the organisation, which has 115 staff in the UK based in Guildford, signed up to Octopus Electric Vehicles’ salary sacrifice scheme, Electric Dreams.

It works by the employer taking out a lease on vehicles on behalf of the employees, subject to a couple of restrictions around age – employees must be a minimum of 21 – and the lower salary limit that exists for any salary sacrifice scheme; neither of which applied to K2.

“Employees can get an online quote, based on the vehicle that they’re interested in, the mileage and how many years they want the lease for,” says Hayward. “The cars are fully insured and it also includes servicing.”

His big concern was what would happen were an employee to leave, but this is covered in the cost of the insurance, meaning vehicles could be returned in such a scenario, he adds.

To date, seven employees have taken up vehicles through the scheme, with a further three, including Hayward himself, waiting for them to arrive; something he believes would be higher were it not for high numbers of staff still working from home.

The scheme has been well received by employees, he says, largely as it makes electric vehicles affordable. “It’s a win-win all-round,” says Hayward.

Share
Facebook
Twitter
Pinterest
WhatsApp
Previous articleAjay Devgn Posts A Reminder Ahead Of His Wedding Anniversary With Kajol, It Is Every Husband Ever
Next articleStressed burger van man crashed into police car chasing him