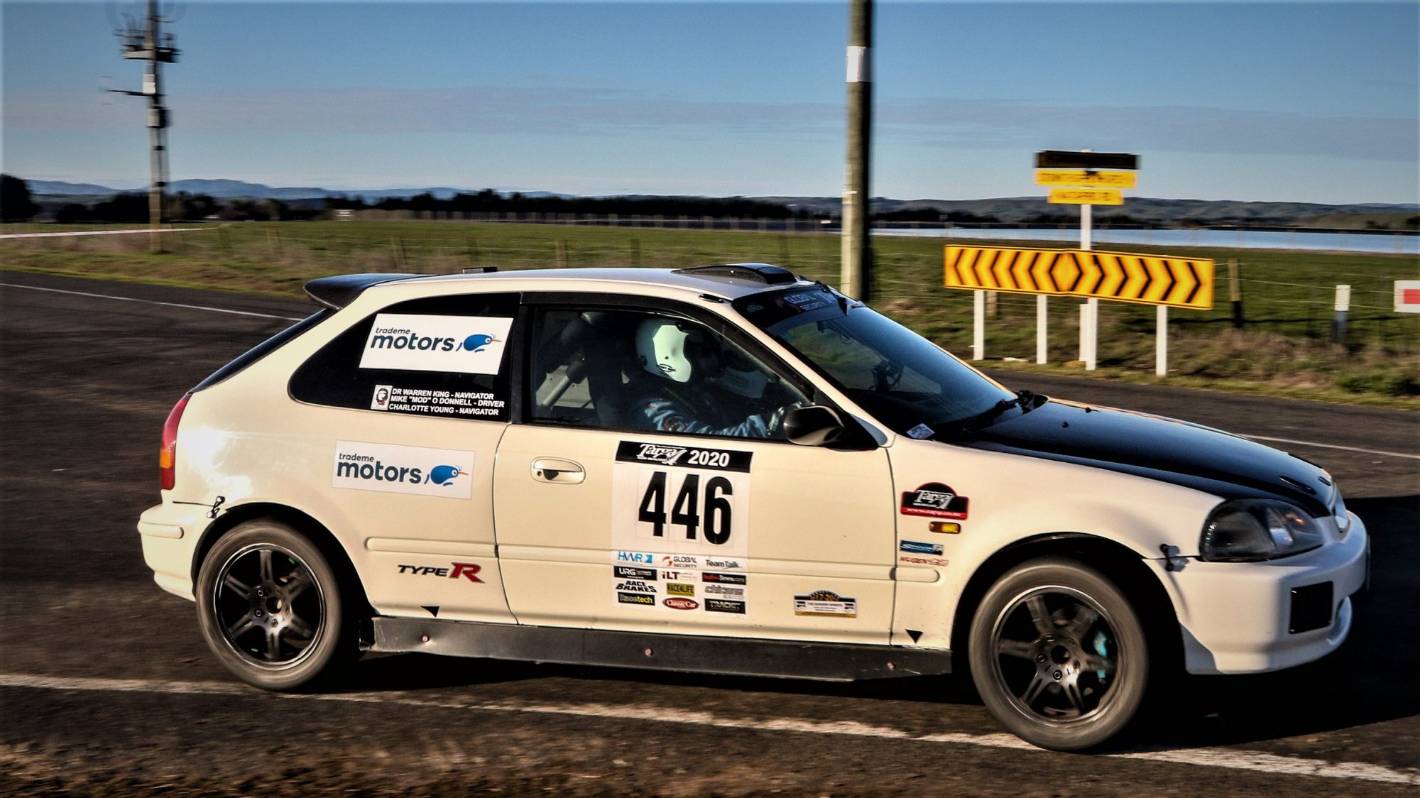 I spent last weekend with a group of car fans cleaning their cars for the upcoming Targa rally.

I set out my long-term goal to be the first person to drive the Targa in an electric car. A statement that resulted in a lot of Mickey takes about my limited driving skills and also a discussion about the sad fact that New Zealand is not going to fall under the spell of a cop to meet its EV goal.

And while beauty is in the eye of the beholder, it’s hard not to agree with it. Especially when a large portion of the country’s electric fleet is first-generation Nissan Leafs.

Which leads to the other factor that stands in the way of EV adoption and that is the cost. Aside from the imported Japanese Leafs, most electric vehicles are still significantly more expensive than internal combustion engines and have a shorter shelf life.

Last year Targa rally. Mike O’Donnell wants to be the first to drive the Targa in an electric car.

A new Wellington company, FTN Motion, wants to address both of these issues with a new electric motorcycle that is both stylish and affordable.

With an aesthetic halfway between a British cafe racer from the 1960s and Bert Munro’s “fastest Indian in the world,” the FTN Motion Streetdog looks like no other electric motorcycle.

The retro look is not only suitable for any wall socket, but also has 30 liters of internal storage space and a body that was designed as a blank canvas for individual adjustments. This means that any bike can be turned into a work of art or ready to wear a company’s logo.

Mike O’Donnell said the Climate Change Commission’s recommendation to ban imports of all fossil fuel vehicles by 2035 could be more easily achieved if decision-makers recognize that electric cars are only part of the solution to reducing CO2 emissions and the road Overload.

The sucker here is that the Streetdog is technically a moped-class vehicle, which means it can be driven by anyone with a driver’s license. So the obstacles to driving are lower than a normal motorcycle and the cost of running is much lower.

After FTN Motion was developed in one of Creative HQ’s incubation cohorts, it created the first prototype during the lockdown last year and officially opened its early adopter pre-sale to the public in January.

It sold more than a third of the first 100 motorcycles through an early adopter round, mostly through word of mouth and social media.

This week the company completed a fully subscribed capital raise of $ 500,000.

This pre-seed capital will enable him to bring his first employees on board, build 10 beta units, and grow the business to full production later in the year.

The Streetdog is a moped-class vehicle, which means it can be driven by anyone with a driver’s license.

It will be interesting to see how far the current style, advertising, and branding perks can be mimicked by cheaper overseas manufacturers, but right now this is quite a unique proposition.

It is also interesting that the progress made by FTN Motion has so far been without any support from the central government.

While there are sporadic examples of subsidies for electric motorcycles (and a bulk purchase agreement for officials who want an electric bike) in some sectors, it is nowhere near as widespread as the extensive electric vehicle incentives introduced over the past five years.

This includes no road user fees, special parking and road access rights, and a contestable fund for support initiatives.

Around the same time, FTN Motion’s fundraising was completed, as was the filing process for the Climate Change Commission’s first report on reducing greenhouse gas emissions to help New Zealand comply with the Paris Agreement and keep global warming to 1.5 degrees Celsius to limit.

While there are sporadic examples of subsidies for electric motorcycles, these are nowhere near as widespread as the extensive incentives for electric vehicles.

The report focuses on the slow uptake of electric vehicles, the increased generation of renewable energy, the phasing out of fossil fuels for heating and industry, and the increased use of biomass.

To make meaningful progress, the Commission recommends banning imports of all fossil fuel vehicles before 2035.

It is an honorable, if aggressive, goal. It’s also one that’s easier to achieve when decision-makers realize that electric cars are only part of the solution to reducing CO2 emissions and congestion on the roads.

At less than $ 8,000, Streetdogs are already closer to the reach of everyday kiwis. If the government were to subsidize operating costs, they would be even closer, as would the goals of the Climate Commission.

– Mike “MOD” O’Donnell is a professional director, writer, and strategy maker. His twitter handle is @modsta and he has a habit of losing wheels on the Targa rally.