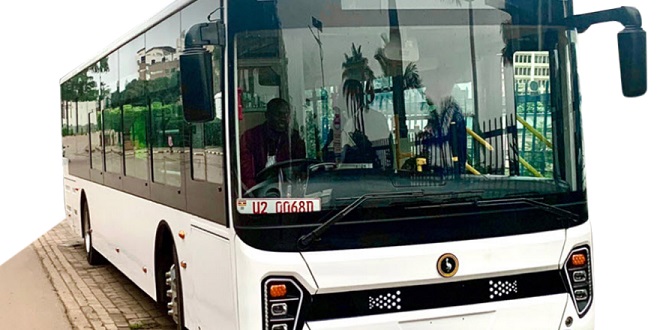 In a televised address on July 20, the President said shifting to electric vehicles is one of the long lasting solutions Uganda needs to adapt to cope with the current high prices of petroleum products.

“The correct way is to start moving away from petrol to electric cars,” he said, “This is the solution to go for. The good thing we have started manufacturing electric buses here.”

Elsewhere, the President told a high level retreat for the East African Community Council of Ministers that instead of lamenting about the current high fuel prices, they should be seen as an opportunity to switch to electric vehicles.

Consumers are apparently positively inclining towards passenger and commercial electric vehicles (EVs) even on the African. This preference, as elsewhere, is driven by rising environmental awareness and the recent spike in fossil fuel prices.

Rapid urbanization, change in lifestyle, surge in investments and increased consumer spending will positively impact the electric vehicle sector. But the cost of charging stations market remains a challenge, according to research.

Uganda is always mentioned among aspirational markets in the electric vehicle manufacturing and use debate, together with early adapters of e-mobility countries such as South Africa, Morocco, and Kenya.

One report, for example, recently wrote about how the Ugandan electric mobility start-up Zembo.

Zembo is a startup that offers electric motorcycles to boda-boda drivers and recharges their batteries in its solar stations. It was started by two engineers, Daniel Dreher and Etienne Saint-Serin, in 2018 and went commercial in 2019. It now has over 200 electric motorcycles serviced by 19 solar charging stations in the Kampala area. A rider pays Shs4,000 to exchange for a fully charged battery and Shs2,000 for a half-charged one. Alternatively, Zembo offers lease-to-own batteries which a rider starts by leasing a battery until he or she owns it after two years.

Zembo recently announced the installation of four solar and hybrid charging stations along the Kampala-Masaka highway.

Zembo’s operations manager, Titus Kimbowa, was quoted saying the firm, “is positioning to be the country’s leading battery exchange operator by creating a national network of charging stations.”

Its strategy includes reaching off-grid areas where it is difficult for drivers to find affordable fuel and even harder to find electricity. 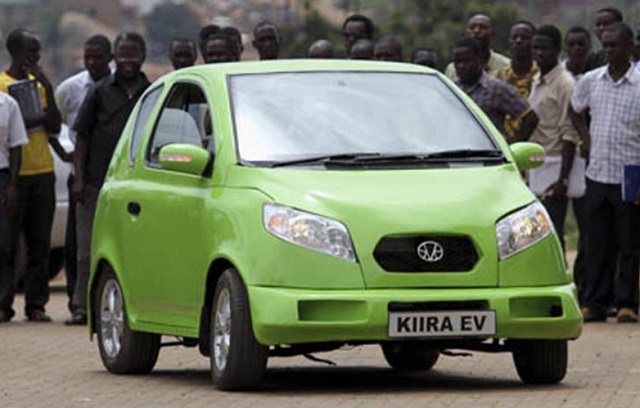 But the turnaround time for Kiira Motors Corporation has become the leading factor in its lagging behind the competition. Although the corporation first announced that it would start manufacturing 5,000 vehicles annually in 2019, to date it has only produced prototypes.

In 2019, Kiira Motors announced that it would be supplying electric commuter buses to Kampala City Council Authority (KCCA) in December.

“The project is in line with KCCA’s Multi-Modal Urban Transport Master Plan 2018/2040 designed to guide the development of a sustainable transport system in Kampala,” said KMC Chief Executive Officer, Paul Isaac Musasizi, at the time.

Musasizi said that the project is meant to provide solutions to transportation challenges in the city ranging from the increased air pollution, lack of adequate infrastructure and increased growth in motor traffic.

KCCA also announced that it would begin piloting its public transportation system in Kampala using two Kiira Motors Corporation electric buses under a project underwritten by a Chinese technology partner.

The plan was for 100 Eco-buses to initially cover a 16-km radius around the city to be increased to 500 eco-buses covering the entire Greater Kampala Metropolitan Area. There would be dedicated lanes covering the ring road from the Constitutional Square–Nakawa-Ntinda via Stretcher Road-Bukoto-Mulago-Wandegeya and back to the Constitutional Square.

Musasizi, in an interview with The Observer newspaper spoke of encouraging people to purchase and drive the locally made electric cars whose prices should be competitive.

“Government officials and Ugandans should be in a position to drive cars produced by Kiira Motors with pride just like it is in Malaysia and other vehicle producing countries,” he said. But three years later, there has been no major development.

Meanwhile, Kenya has seen the most growth in the use of electric vehicles for private and public transport. Electric cars on Kenyan roads include private-owned Teslas and ride-hailing operators, including cars and motorbikes.

The mass adoption of electric vehicles (EV) is, however, likely to be hampered by the high entry price to the segment. The EV variants of most cars are way more expensive.

President Museveni says a hybrid 5-seater Ugandan made Kiira Electric Vehicle (EV) is estimated to cost about Shs100 million. That is way out of the range of most Ugandan car owners who buy used cars of under Shs30 million.

On the positive side, most EVs require less costly servicing than fossil fuel cars and dealers are throwing up attractive warranty offers. 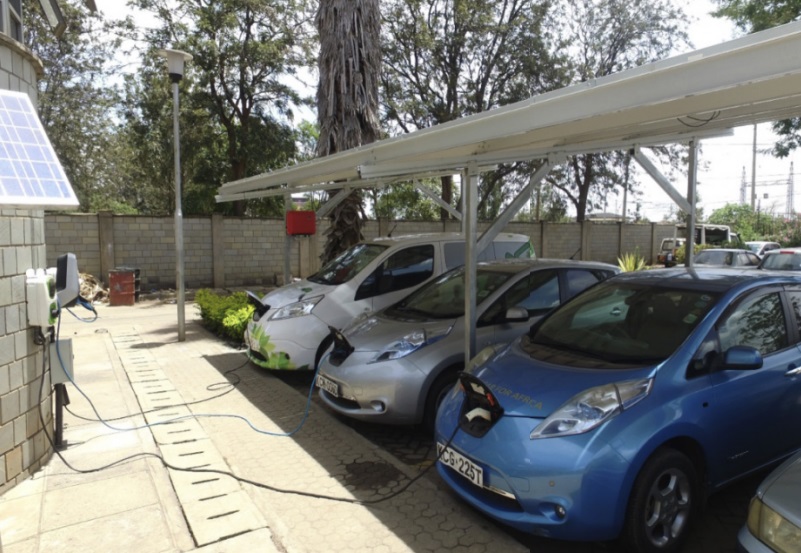 Museveni said the KMC boss told him that an electric bus uses Shs360 per km which is almost five times cheaper than a similar fossil fuel bus which uses Shs1, 600 per km.

“Electric vehicles are cheaper, cleaner, have no pollution and apparently have less maintenance cost,” he observed.

There are also startups offering charging station set-ups such as EV Chaja. As a result, there are Ev charging stations in different spots of the country, especially in the capital Nairobi. Most use 240-volt power and can charge a small EV car in three hours. Averagely, such a charge could last up to 500km.

In bigger car markets, such as South Africa, established carmakers are driving the Ev uptake. These are introducing ultra-fast (150kW) public charging stations providing direct current (DC) that fully charges a vehicle in less than an hour.

The demand for charging stations is likely to go up as electric cars become more common on African roads as smart entrepreneurs move swiftly to grab spots in what will certainly become a multi-billion dollar industry. Most of these charging stations will be located along major highways just as current fuel stations. Existing oil marketers, real estate developers, and motor vehicle dealerships are entering the Ev charging space. Total Energies is, for example, partnering with Rwanda-based start-up Ampersand to install Ev battery exchanges in its stations in Kenya.

Also in Kenya, the e-mobility start-up, EkoRent, has partnered with Strathmore University (SU) Research Center in Nairobi to launch “Nopea SolarHub” to set up solar-powered charging stations for NopeaRide’s electric cars. The new charging station network is expected to be operational by the third quarter of 2022, according to news reports.

Over 1.1 million people die from air pollution in Africa every year. The estimated economic cost of premature deaths from household air pollution is $232 billion, according to the United Nations.

If Africa doesn’t transition to cleaner fuels or electric cars, transport emissions in 2030 will be double what was recorded in 2015.

Today, Africa contributes only 3% of global greenhouse emissions, and it is expected to be the last continent to transition from fossil fuel to electric cars.

African governments have an important role to play in fast-tracking this adoption. Europe is employing strict regulations to ensure that by 2035 all new cars are emission-free.

In most parts of Africa, electricity is still a luxury, with over 640 million Africans lacking access to it. Even though electric cars will help cut down gas and maintenance costs, electricity is not cheap in Africa.

Most vehicles in use in Africa use fossil fuels—petroleum, and natural gas—which pollute the air and are dangerous to humans and the environment. Apart from the risk that comes from fossil fuel, poor fuel quality and the sale of second-hand and worn-out fossil fuel-powered cars on the streets further increase transport emissions.

To the rescue are electric cars, which are expected to cut the amount of emission that comes from tailpipes—the largest contributors to climate change. The main reason countries are championing electric cars is to improve the quality of the air their citizens breathe and slow down climate change.

Last year, Tesla, an electric car manufacturing company owned by South African-born entrepreneur, Elon Musk, delivered nearly a million cars to customers, signaling a new era for automotive innovation. Even though electric cars account for a small portion of the global car market, data from the International Energy Agency shows that about 9% of new cars sold last year were electric; and analytics firm IHS Markit projects that, by 2050, 8 out of every 10 cars sold would be electric.

Experts say electric cars will not go mainstream until they are as affordable as their petrol or diesel counterparts.

Governments around the world are incentivizing their purchase. For example, the US offers a federal tax credit as high as $7,500 to consumers of eligible electric cars (Tesla and General Motors cars are not eligible.) The US is doing this because it wants half of the new cars sold in the country by the end of the decade to be electric.

Despite these incentives, however, as at last June, only 4% of new-car sales in the US were electric.

Last November, the US parliament approved a bill that earmarked $7.5 billion to build 500,000 charging stations across the country.

But according to one report, even after adoption, Africa might find it difficult to reap the full environmental benefits of electric cars because of the prevalence of fossil fuel-powered electric grids on the continent. Experts say, even if you get everyone to use electric cars while your power grid is not carbon-free, the net gain on the environment would reduce.

“So, Africa’s electric grids must be clean—powered by wind, natural gas, and solar energy—before the full benefits of electricity-powered cars can be realised,” says the report, “And therein lies another challenge”.