Home Supercars One of A Kind Journey of Harmony - Marco Materazzi Rallies With...
Supercars 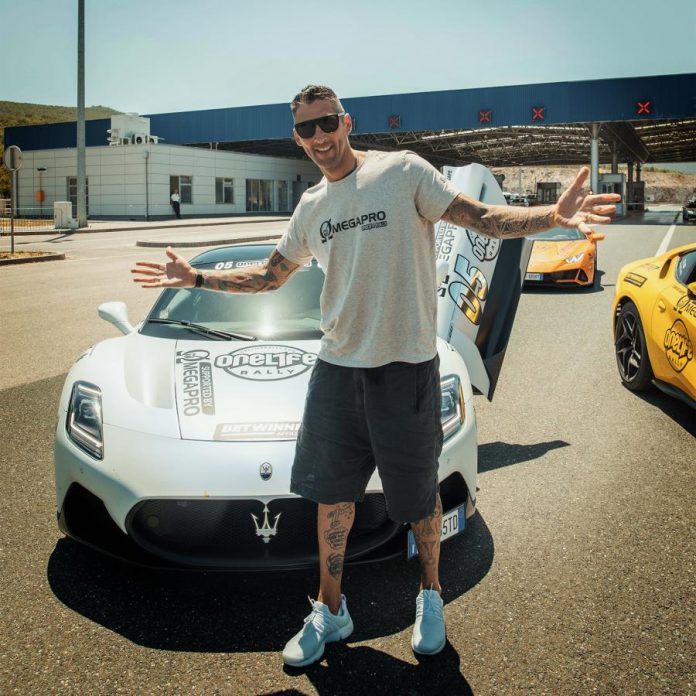 Marco Materazzi poses in front of a Rally supercar as he takes part as an OmegaPro Brand Ambassador.

OneLife Rally’s Supercars are exhibited on Italian streets of Trieste.

100 supercars took off from Riga and are rallying through Italy with ex-footballer Marco Materazzi, OmegaPro’s brand ambassador in a unique call to charity.

Thrilled and excited to be a part of this edition of OneLife Rally with OmegaPro! ”

What screams ‘epic greatness’ than 100 of the finest Italian-made supercars cruising through the streets of Italy, along the Adriatic coast of the port city, Trieste!

The pinnacle of supremacy conjured in Italy when 100 supercars took over the city pledging allegiance to the nation’s finest craftsmanship. Shaped by the forces of nature, honored by its elements, and forged by pure engineering masterclass, these supercars define power, poise, ingenuity, efficiency and endless beauty. Sculpted to achieve pure driver engagement and contemporary luxury, refined over generations to yield maximum impact, these road monsters galvanize thrill and comfort to find a natural balance and exhibit ultimate elegance.

Between June 25 and July 2, OmegaPro embarked on a completely different journey to spread a very important message. For this, OmegaPro sought out a helping hand from OneLife Rally, which organizes similar events. This time, 100 supercars participated in a very unique open-style rally crossing 10 of the most breathtakingly panoramic European Nations and pit-stopping in 7 of its striking sceneries. Taking off from Riga, Latvia, this unforgettable rally encompassed 2800 kilometers of less-known hidden gems of the Balkans, and summited on the southern province of Portonovi, along the Adriatic coastline of Montenegro.

The Most Famous Supercars Exhibited at Congress Square, Trieste, Italy

Who better to spearhead this mission than the celebrated football legend and Italy’s own Marco Materazzi. He is also the brand ambassador for OmegaPro. Materazzi is considered as one of the best defenders of his generation. He was an aggressive and visceral centre-back with outstanding aerial ability. He held the record for most goals in a Serie A season by a defender, for a short while in the 2000–01 season. Materazzi made his debut for Italy and signed for Inter Milan in 2001. After having played around 270 games for Inter and winning 15 trophies, he was appointed as an ambassador for Inter. Since his debut in 2001, Materazzi earned 41 caps for Italy and played in two World Cups and two European Championships. He was one of the key players in the 2006 FIFA World Cup Final. Italy went on to win the World Cup in a penalty shoot-out, during which Materazzi scored. He is also the one who received a headbutt from France’s Zinedine Zidane during the 2006 FIFA World Cup Final.

With this rally, OmegaPro’s mission as a Global change maker was to accentuate the importance of unity, oneness and resurgence.

We are greater beings. It’s time we cast some indifference towards our differences and come together. Stand together. Unity inspires us. Unity helps us grow, Unity gives us courage, hope and strength. Together we are unassailable. Let unity prevail unequivocally.


A Presswire’s priority is source transparency. We do not allow opaque clients, and our editors try to be careful about weeding out false and misleading content. As a user, if you see something we have missed, please do bring it to our attention. Your help is welcome. A Presswire, Everyone’s Internet News Presswire™, tries to define some of the boundaries that are reasonable in today’s world. Please see our Editorial Guidelines for more information.