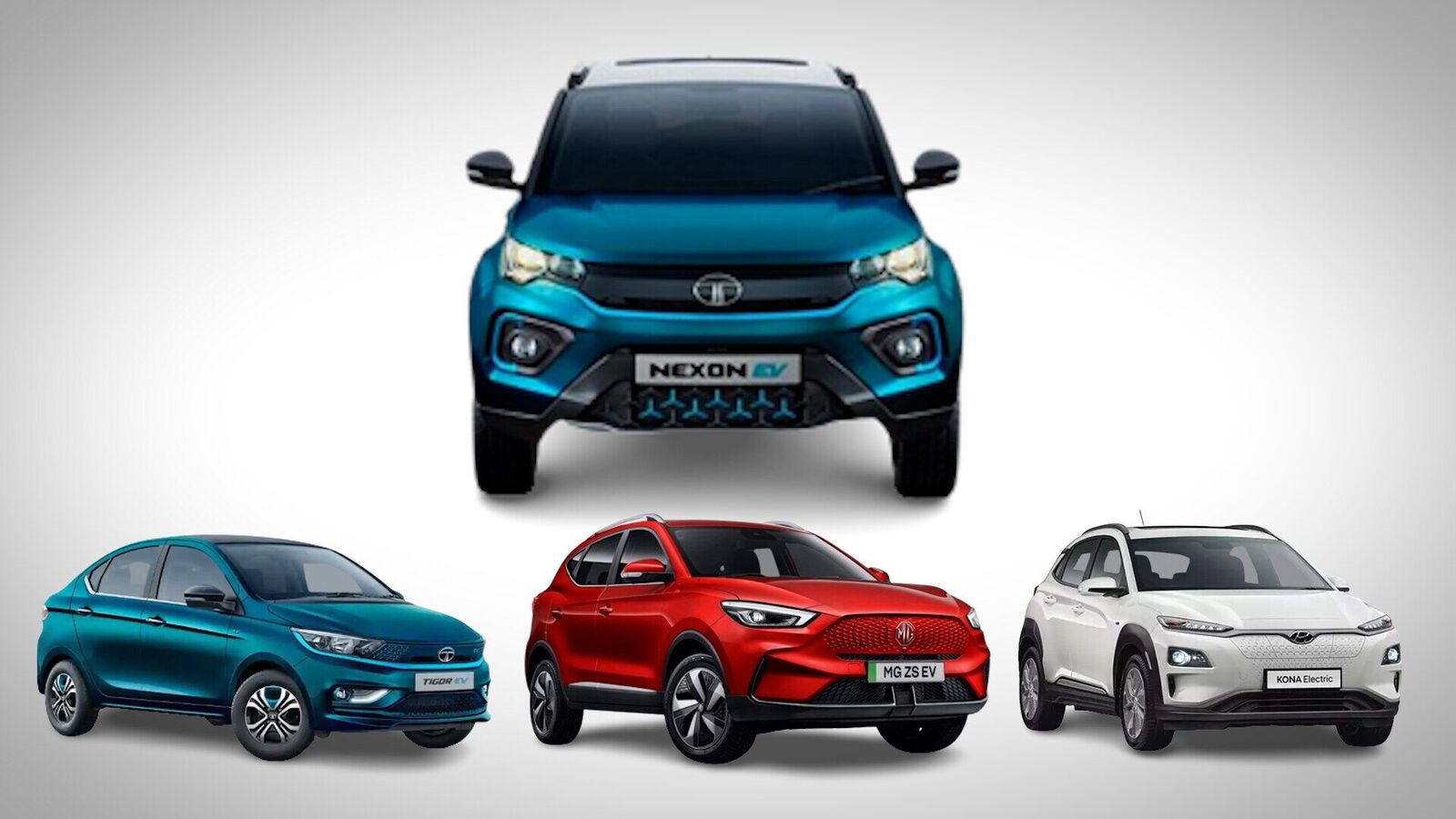 Tata Motor continues to lead the electric four-wheeler segment with more than 70 percent market share thanks to Nexon EV and Tigor EV.

Tata Motors continues to lead the electric four-wheeler segment with more than 70 percent market share thanks to Nexon EV and Tigor EV.

Tata Motor has once again emerged as the leader in the electric four-wheeler passenger car segment in India in June. The carmaker sold more than 650 electric vehicles last month, with the Nexon EV firmly places as the number one choice for EV buyers in India. With the Nexon EV, Nexon EV Max and the Tigor EV sub-compact sedan, Tata Motor currently commands more than 70 percent of the market share in the electric four-wheeler vehicle segment. The Nexon EV and Tigor EV are among the top four electric cars sold in India in June. The carmaker is miles ahead of MG Motor, placed second on the list with around 27 percent market share.

Here is a look at the top four electric cars sold in India in June:

The dominance of Tata Motors in the electric four-wheeler segment is attributed to the success of its Nexon EV. Tata Motors sold 650 units of Tata Nexon EV last month, which is more than 33 percent of what the carmaker sold during the same month last year. Tata Motors matched the highs of January this year, when the Nexon EV recorded its best month in terms of sales with equal number of units sold.

Tata Motors recently introduced a more powerful version of the electric SUV called Nexon EV Max. It is equipped with a bigger battery pack and offers more range on a single charge.

MG Motor’s only EV in the Indian market is currently placed second on the list of top electric cars sold in the country. The new generation ZS EV, which was launched in India recently, found 250 homes last month. The carmaker has achieved an increase of 145 percent in terms of sales of its EVs. In June last year, MG had sold only 102 units of the electric SUV.

The 2022 MG ZS EV was launched at a starting price of ₹21.99 lakh (ex showroom). It is bigger and has a longer wheelbase compared to Tata Nexon EV. It draws power from an IP69 rated 50.3 kWh battery pack that offers a 461 km range on a single charge. The electric SUV is capable of churning out 176 PS of power and it can accelerate 0-100 kmph in 8.5 seconds.

Tata Tigor’s electric avatar has not been as successful as the EV version of the Nexon SUV. Tata Motors could sell only 8 units of the electric sub-compact sedan in June, down from 13 units during the same month last year.

Hyundai Motor’s only electric offering Kona SUV is the fourth on the list of top electric cars sold in India last month. The Korean carmaker, which is also going to introduce its second electric vehicle in India later this year, sold just seven units of the Kona electric SUV in June. The sales figure is similar to what Hyundai could sell back in June, 2021.