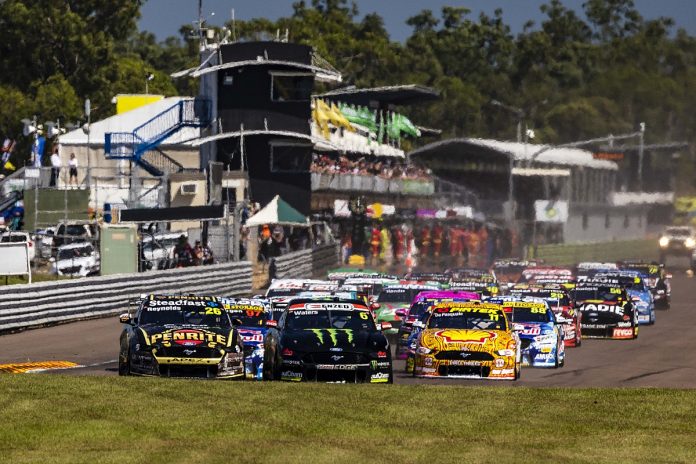 The Australian newspaper is reporting that the RACE board has turned down a buy-out offer that would have delivered up to a 20 per cent return on investment to shareholders after just nine months.

According to the report the potential buyer was European-based sports media outfit FanTech, which offered to buy out the shareholders, take on a reported $45 million worth of debt and meet the payment obligations to the teams.

FanTech was able to undertake due diligence before its bid was rejected, with key board members wanting to retain control of series, which would have been lost should the deal had gone through.

In a statement subsequently supplied to media, chairman Barclay Nettlefold confirmed that there had been suitors, but didn’t acknowledge the FanTech offer specifically.

“The board of RACE, who own Supercars, has received a number of unsolicited approaches. Whilst the board owes a duty to its shareholders to consider any approaches, none have progressed,” said Nettlefold.

“RACE acquired the business on the basis of a long-term investment in the sport and remains committed to being long-term owners.

“RACE is a privately held company and does not comment on its financing.

“We are pleased to say that since acquiring Supercars, all key indicators of the business are encouraging, including ticket sales, hospitality and sponsorship, which are all tracking well ahead of pre-Covid numbers.

“Demand to host events is also strengthening as the Supercars sport enters 2023 with the launch of the new Gen3 cars.

“As above, and in addition, RACE sees substantial upside in the sport with the continued investment in the business, the people, the teams and the sport. Our private ownership delivers us complete flexibility in funding Supercars’ future growth

“Supercars is a profitable business and RACE (and its shareholders) are long-term investors in the sport.”

Despite Nettlefold’s claims of the health of the business, The Australian report reveals that he Domazet family, which has shareholding in RACE, has recently stumped up an additional $10 million as a loan to help cash flow.

Another $10 to $12 million is reportedly being sought as a fresh investment before the end of the year.

Both the rejected bid and the search for fresh investment has allegedly upset some board members who see cash injections as a dilution of their initial investment.

RACE purchased Supercars following a lengthy bidding process in October last year. As part of the sale the ownership structure was completely changed, RACE taking on not only the controlling 60 per cent from Archer Capital, but the 35 per cent that was owned by the teams.

The teams traded their shares for a guaranteed income model.

RACE is made up of the likes of Nettlefold, the Domazet family, investment firm Henslow and Australian Racing Group.

Former Supercars champion and series commentator Mark Skaife is also closely involved and is on the RACE board.