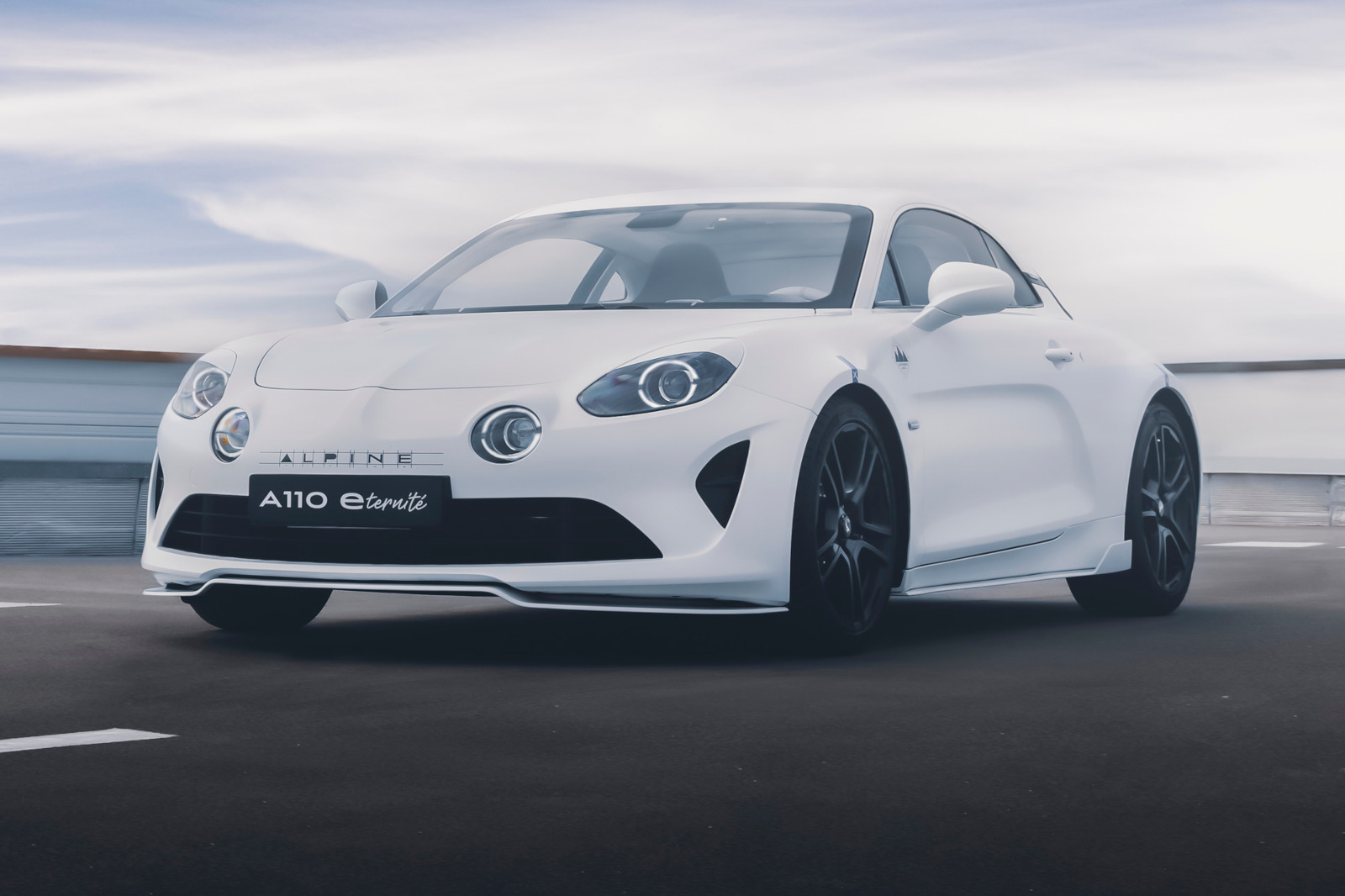 The cells weigh 392kg, but Alpine claims to have increased the prototype’s kerb weight by a total of only 258kg – putting the E-ternité at 1378kg at the kerb. If the eventual A110 EV comes in at somewhere around that point, it could be one of the lightest series-production EVs on sale. That’s not only good news for its handling characteristics, but also its efficiency: Alpine claims a range of 261 miles per charge.

Performance-wise, the prototype is a close match for the combustion car on which it is based. It packs 239bhp and 221lb ft from a single rear-mounted motor for a 0-62mph time of 4.5sec and a top speed of 155mph.

“No gearbox was available in-house” to suit Alpine’s performance aspirations, so it has worked with supplier Getrag to adapt the petrol A110’s dual-clutch automatic ‘box for the new electric powertrain. It says this arrangement “makes it possible to avoid a break in torque while remaining compact and light”.

To all intents and purposes – aside from the open roof and the bespoke rear deck – the A110 E-ternité is visually identical to the standard car, inside and out. The cabin keeps its touch screen, “state of the art” sound system and climate control arrangement.

The roof panel itself was designed and fabricated in-house and is partially constructed using recycled carbon for optimal rigidity and weight, while boosting sustainability credentials. A second prototype features various body panels constructed using flax, which, Alpine says, is as strong as carbon fiber but has better acoustic properties.