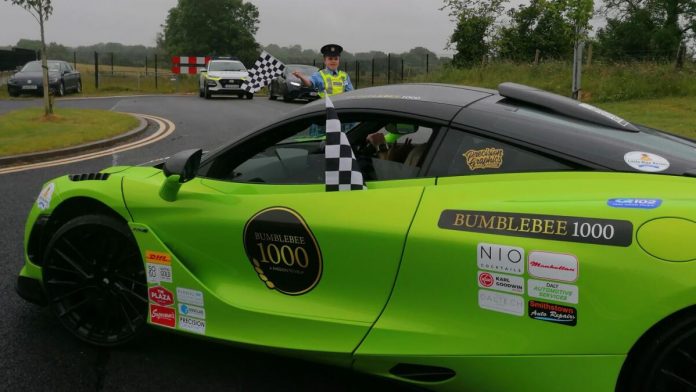 The competition between the noise of children shrieking with excitement and highly tuned engines filled the air at Holy Family NS this morning.

The occasion was the arrival of the 100 vehicles in the Bumblebee 1000 Supercar Road Trip, and all the classes, teachers SNAs and admin staff were out in the yard to welcome them, along with Cormac Byrne, who was on duty at the main gate, directing traffic in his Little Blue Heroes uniform.

The excited children were delighted with their guests and the rain that fell on Mullingar – when we had been expecting sunshine – didn’t matter a bit.

The supercar crews were well up for the fun too, and the many of them dressed in costume posed for photos and chatted the children about their cars and what they were doing.

The organizer of the event, PJ Harte, explained to the Westmeath Examiner the background to the event. He said: “Bumblebee was set up just over a year ago, when we were in lockdown and the cars were locked up. We tried to get out at Christmas, and had it booked, but it was cancelled, then pushed forward till June.

“That weekend, it was my son’s birthday and he put up a post on Facebook to raise money for Enable Ireland, and when we got to the hotel on the Saturday evening, we said ‘let’s pass a bucket around’, and we ended up Gathering €4,000 in 20 minutes.

“So, after that the guys (the car community) said we should do it again, so I contacted Jack and Jill and said we’d do a trip for them. We went down to Killarney, and over three days we raised €33,000.

“From there, realizing that mental health was a big thing, we set up a Drive Into Light event to help raise awareness, and 100 cars drove from Bull Island out to Lucan, and we raised €15,000 in three hours.

“That day one of the garda approached me and asked if we would look at their charity, Little Blue Heroes, so we did, and saw that it’s a non-profit charity, there’s no one getting paid, like ourselves, Bumblebee, it’s all volunteers, every penny we raise goes to help terminally ill children – and that’s where we are today.”

Asked how the supercar tour came to Holy Family, PJ said: “One thing I love is that when a child looks at a car, you can see the smile on their faces, so when I was working on the route, I was thinking about the children, going from Kildare to Sligo on the Friday, I went to Longford and Mullingar, and had a look around, and checked on Google Maps looking at the schools, but I had to have a school with a bit of space, and I came on this and I said ‘let’s make contact’.

PJ thanked the principal and staff of Holy Family for accommodating them; and in turn, Michael Molloy, school principal, thanked the Bumblebee crews for stopping off. 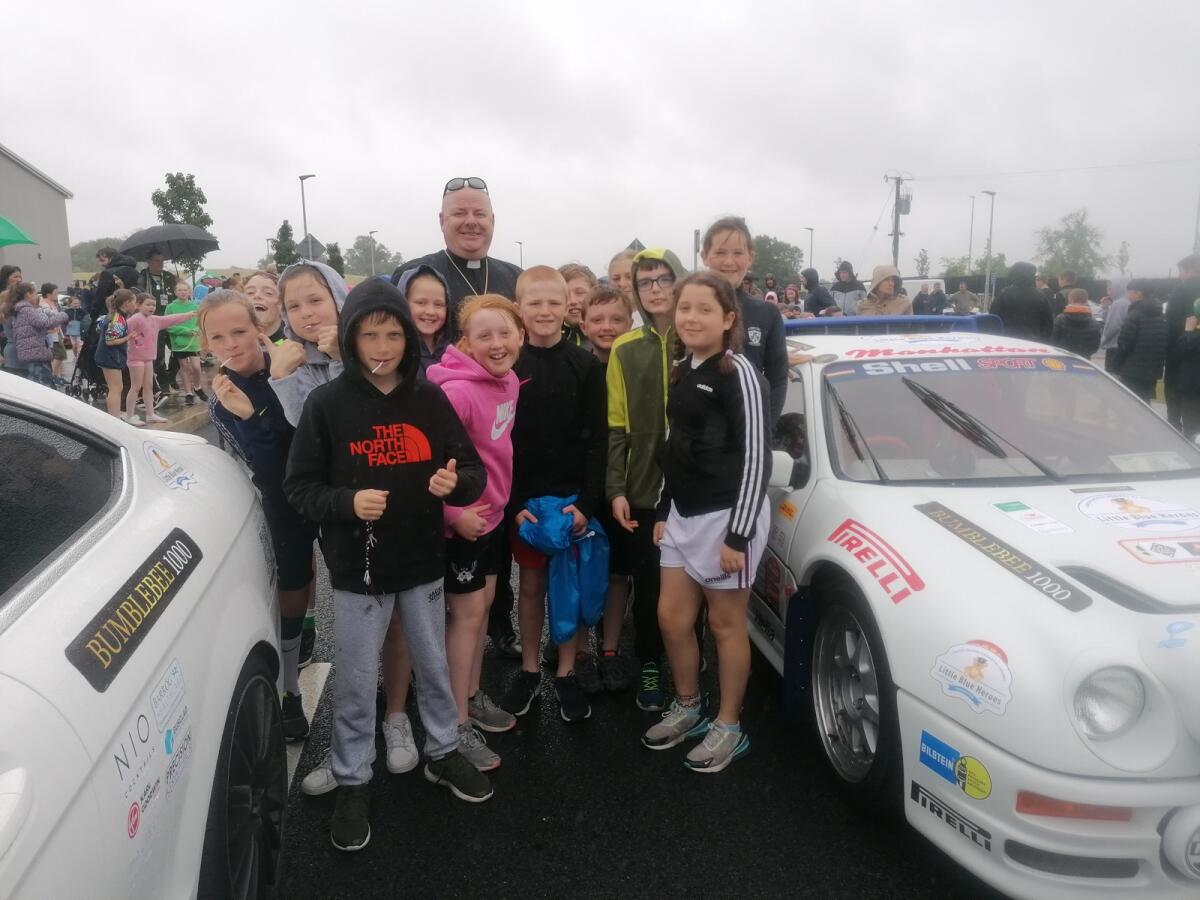 Holy Family NS children enjoying the fun with the driver of a replica Ford RS200. 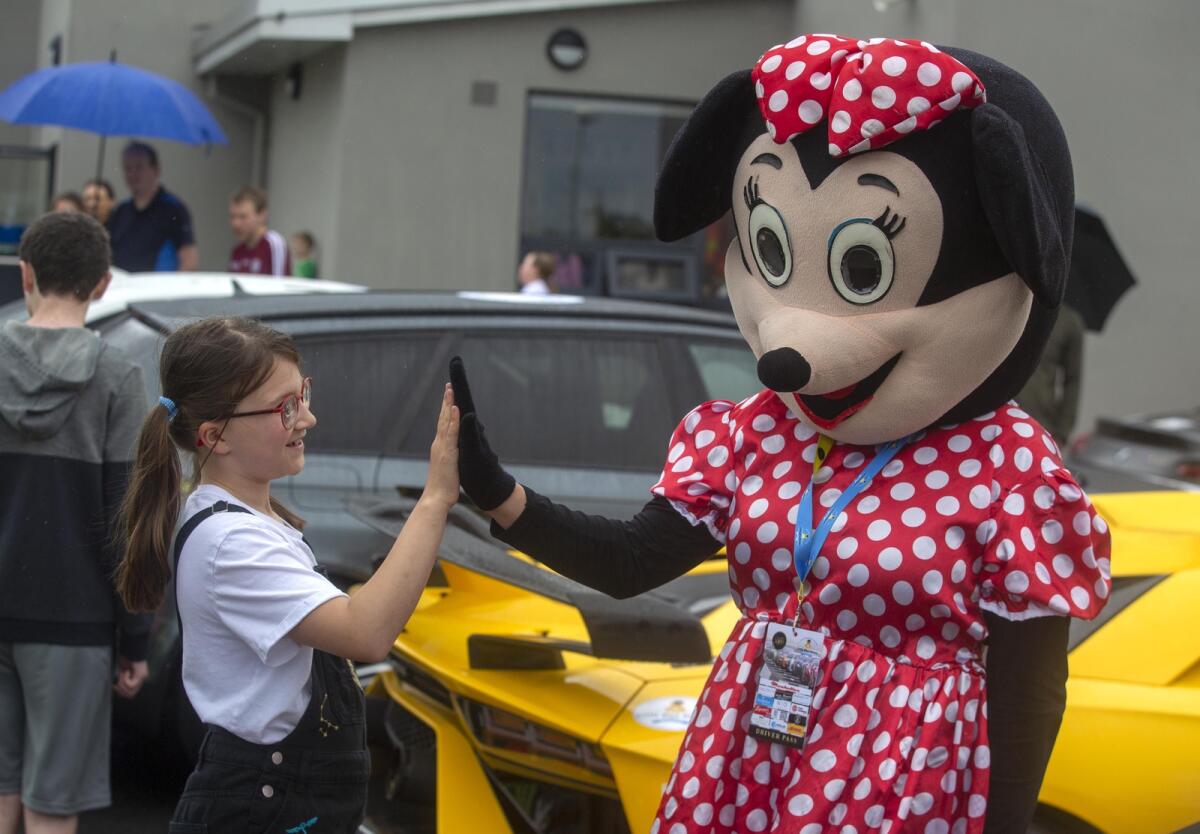 Sophie Olwell getting a high five from Minnie Mouse. Photo by Thomas Gibbons 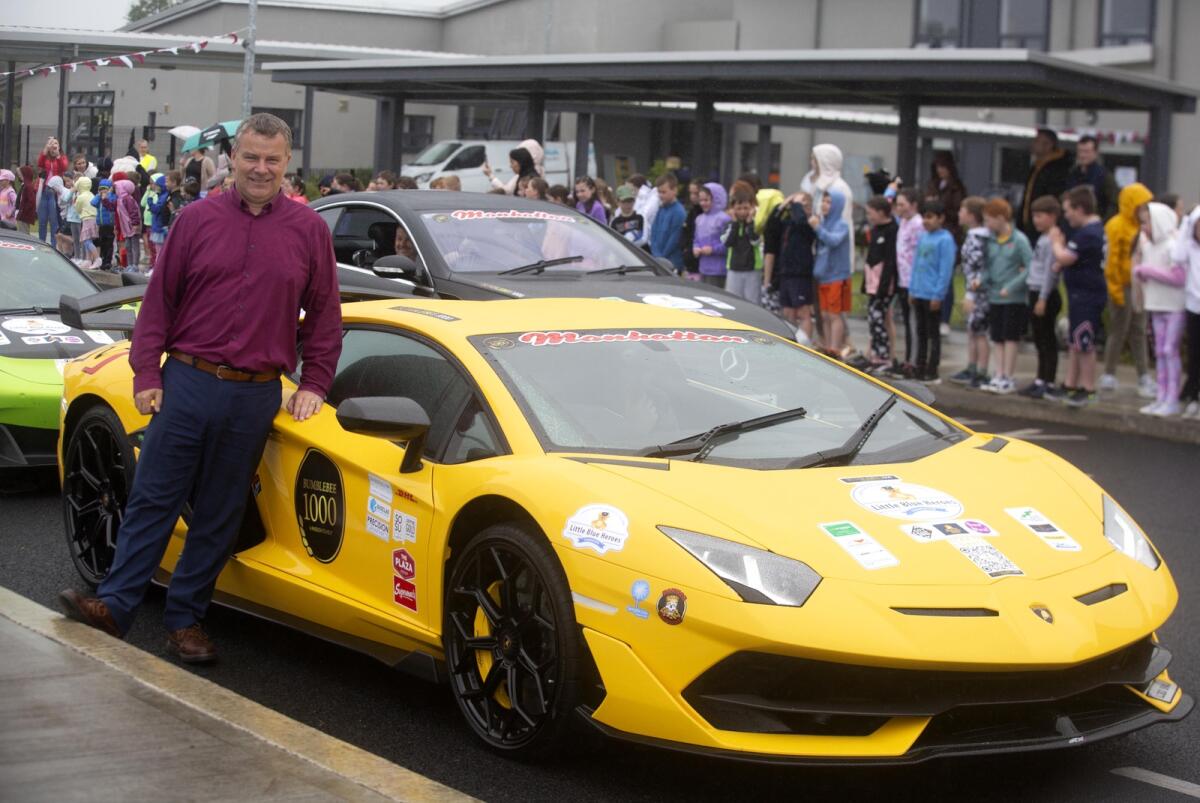 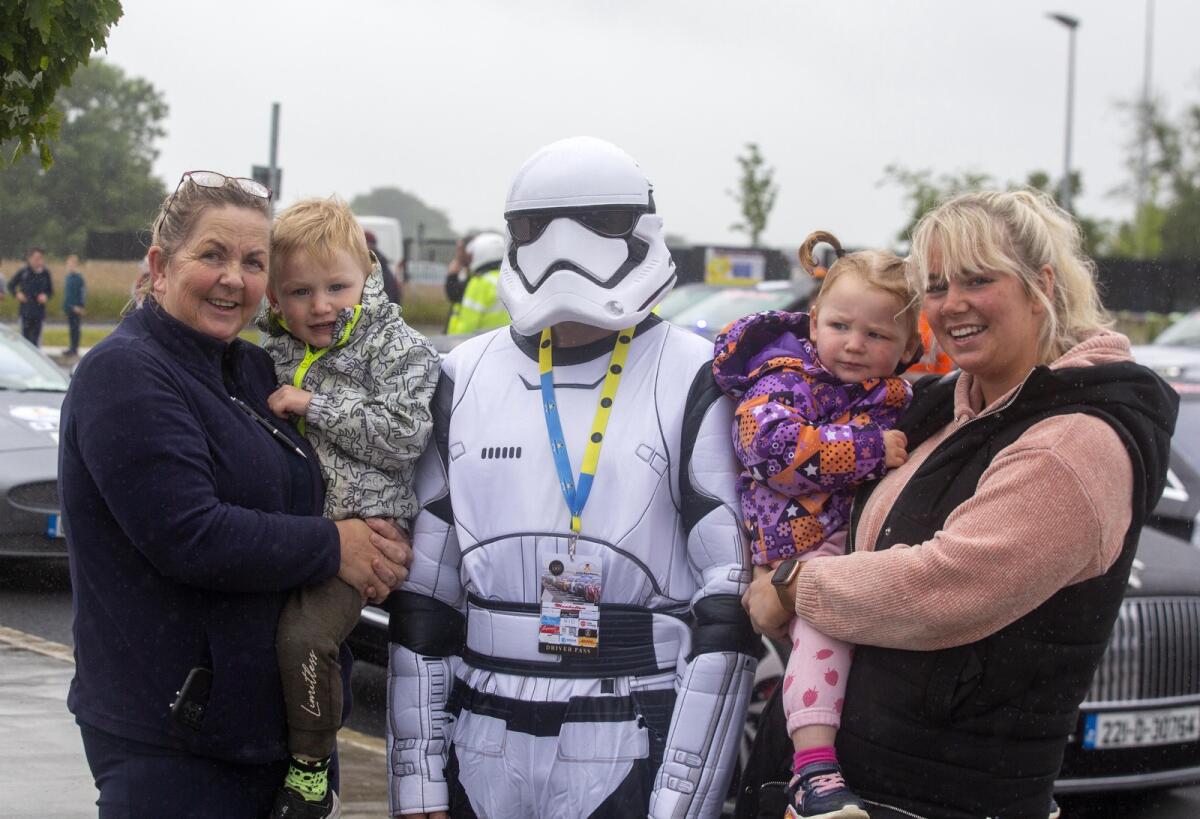 Barbara Hynes, Loughlin Creevy, Aoibhin Creevy and Courtney Hynes with one of the storm troopers. Photo by Thomas Gibbons 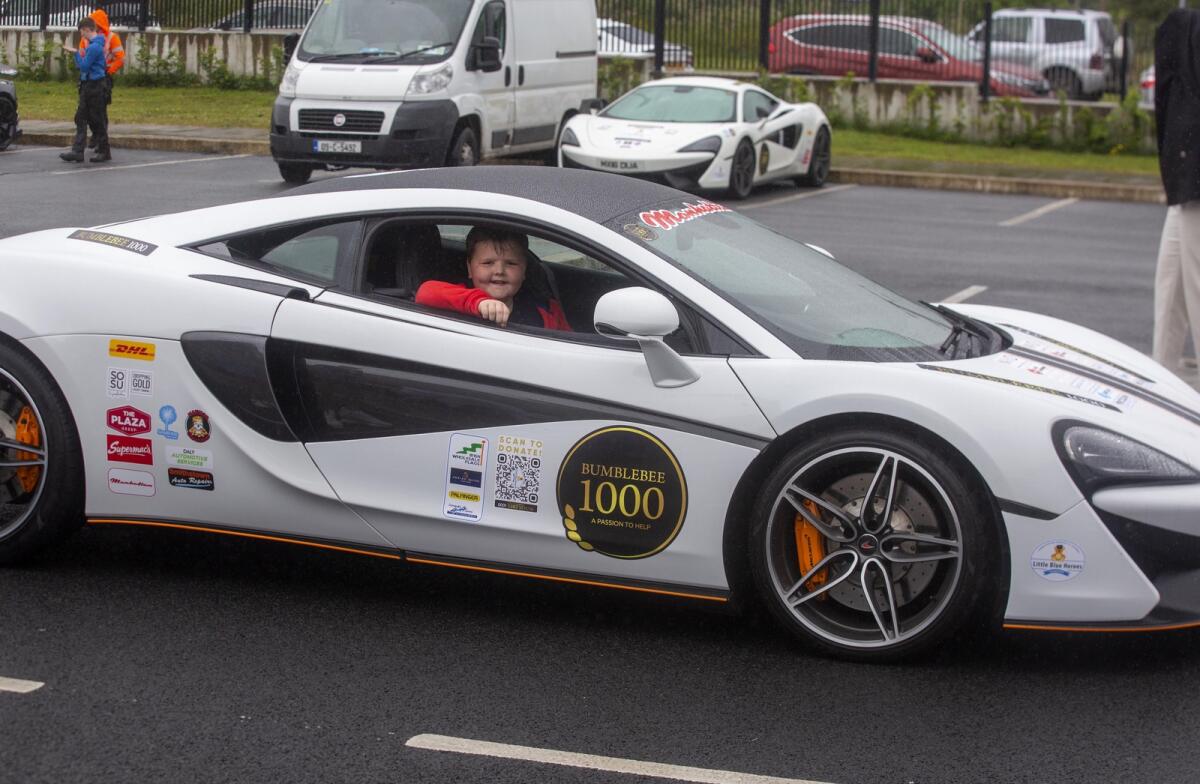 Harry Rooney from Mullingar got to sit in a super car on Friday. Photo by Thomas Gibbons