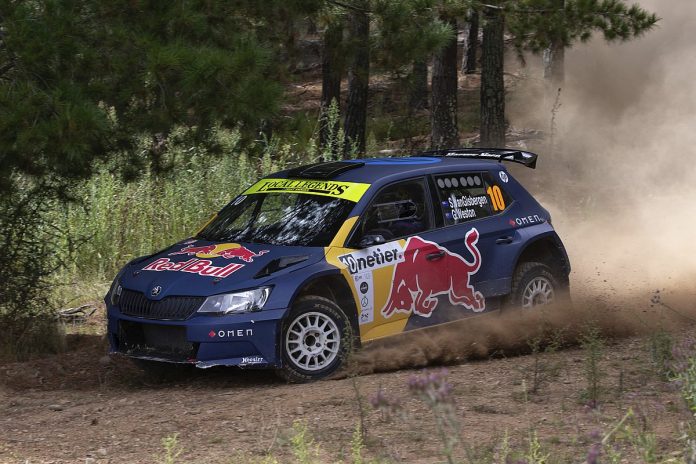 The New Zealander swapped his Triple Eight Holden for a Red Bull-backed R5 specification Skoda Fabia to contest the National Capital Rally in Canberra, the opening round of the Australian series.

Despite having limited competitive rallying experience under his belt, van Gisbergen and co-driver Glen Weston quickly adapted to the discipline to end the opening day of action in second behind 2019 champion Harry Bates.

Van Gisbergen continued to impress and rounded out the gravel rally by winning the power stage, to add further gloss to his second place finish, 1m26.6s behind Toyota driver Bates.

“It’s just been a pleasure all weekend, everyone has been really welcoming,” said van Gisbergen. “The team has been awesome, it’s been great working with Glen and learning quite a lot.

“I love this sport and I really want to do more. It’s a big challenge, a big mental game. You have got no references, no one to tell you to go faster, you’re just on your own out there with your co -driver and you have got to trust the notes and trust in each other a lot. It’s very different.”

Van Gisbergen is keen on further rally outings although the next round of the ARC clashes with Supercars’ visit to Winton on 20-22 May.

“There’s a few conflicts but I would to do more,” he added when asked about contesting more rallies. “Hopefully this weekend helps and we’ll see what we can do.”

The 32-year-old will return to his Holden Commodore for the third round of the Supercars Championship, which supports this weekend’s Formula 1 Australian Grand Prix.