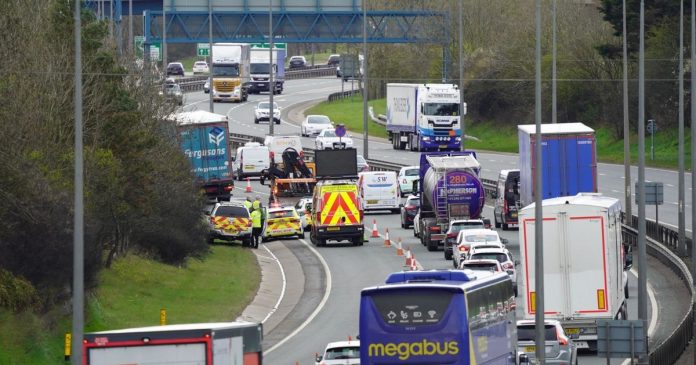 A collision involving a lorry and a car has reportedly caused traffic chaos on the A19.

The incident has occurred on the Southbound side of the road.

Two lanes are reportedly closed, with “queuing traffic” between the A1130 Levick Crescent (Mandale Interchange) to the A174.

Go here for the latest breaking news from across Teesside

One of the three lanes is reportedly still open.

A North East Ambulance Service spokesperson confirmed they were called earlier today, but were stood down.

For breaking news in your area direct to your inbox every day, go here to sign up to our free newsletter