Canada may have hit its long-awaited electric vehicle turning point 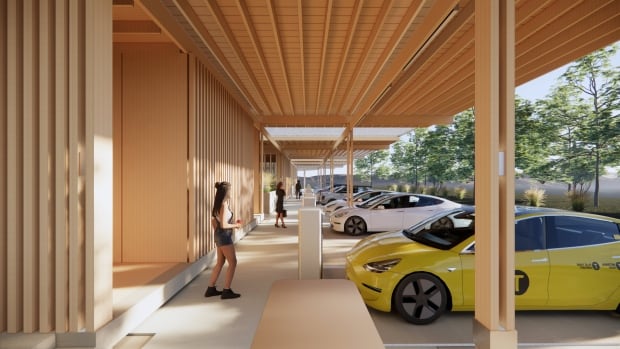 Electric car advocates are waiting to see spending details in this week’s federal budget, but for the first time, pro-EV business leaders and economists are expressing new optimism that Canada’s move away from internal combustion vehicles may have reached a turning point.

After years of excuses, there are signs that a conjunction of forces is pushing the country into a technological and social revolution that has been compared to going from horse to automobile and will bring affordable electric cars and trucks to roads and parking spaces across Canada.

High gasoline prices, a gradual increase in the price of carbon and a request by European powers for the world to use less fossil fuels to break Russian leader Vladimir Putin’s grip on their economies, are pushing us in that direction. A series of technological developments that have made electric vehicles not just as good as internal combustion vehicles but better and cheaper to run have helped make it possible.

Now, if only drivers ready to make the switch could find one on the lot to buy.

Missing piece of the puzzle

According to the founder of Canadian media start-up Electric Autonomy, Nino di Cara, the only missing piece of the puzzle is that automotive manufacturers and dealerships simply haven’t been stocking and selling enough EVs.

“There is already a huge amount of consumer interest and demand,” said di Cara in a phone interview last week.

As gas prices soar there have been many reports of surging orders for electrics that the industry has not been able to satisfy. But di Cara notes that it is not a recent problem.

Germany’s Economy Minister: “You are helping Germany, you are helping Ukraine, when you reduce your use of gas, or energy in general.”pic.twitter.com/3qw1yw8In3

As I reported myself well before the recent supply chain headaches, despite repeatedly prompting that I was looking for a really fuel-efficient car, the salesman at a local lot did not mention the hybrids or electrics the company sold was discouraging, saying they were very expensive and hard to get. What kind of salesman discourages you from buying something expensive?

Moving EVs off the lot

The new federal plan is intended to solve that reluctance, insisting that in order to sell internal combustion vehicles, salespeople must also move a certain percentage of zero-emission vehicles (ZEVs) off the lot as well.

The scheme has been proven to work, not just in California, a leader in what’s called the ZEV mandate, but also in British Columbia and Quebec where sales are more than triple the rate in Ontario and more than 10 times EV sales in Saskatchewan. (BC and Quebec also offer higher rebates.)

In an extensive CBC interview last week, industry representative Brian Kingston, president of the Canadian Vehicle Manufacturers’ Association, raised many of the standard industry concerns. Making electrics is expensive. Charging networks are not yet complete. Government tax incentives are too low.

Clearly there has been a strong business case for most carmakers to sell as few electric cars as possible. Although he later changed his position, the late head of Fiat Chrysler, Canadian Sergio Marchionne, once begged customers not to buy the company’s electrics because he said he lost money on every one the company sold. As he complained in 2014, in order to sell the cars as the government required, he had to lower the price far below the additional cost of the EV technology that went into them.

As a businessman himself, Nino di Cara is sympathetic to the challenges faced by an automotive industry facing radical changes that don’t pay off in the short run.

“From an automaker point of view, it is quite understandable, you prefer not to have those mandates and requirements to sell a certain number of vehicles,” said the Toronto-based entrepreneur, who came to Canada from Britain 15 years ago after a successful one career in publishing.

But he said having standardized rules in place for every manufacturer levels the playing field for competing Canadian dealerships.

He pointed out that when the world switched from horse power to oil power, there was almost no oil, and yet in a matter of years businesses learned to drill miles underground and made a fortune doing it. Rather than waiting for charging station networks to be complete or having a stock of battery minerals in hand, those industries will grow in tandem, earning profits in the process.

“Sometimes when industry pushes back on a policy like this it almost sounds like they don’t understand the market,” said Mark Jaccard, a professor of sustainable energy at Vancouver’s Simon Fraser University in a phone call last week.

Jaccard, often described as the architect of British Columbia’s groundbreaking carbon tax under the right-leaning provincial Liberal government, takes a market-friendly stance on what he sees as the essential move away from fossil fuels. But he has been critical of the automotive industry for unnecessary foot-dragging in a transition that they will find enormously profitable.

Jaccard said he thinks that the country has reached a turning point where consumers and the industry are both finally on the path to phasing out fossil fuel vehicles. And he said the evidence can be seen in BC, where EV sales have already exceeded the provincial 10 per cent mandate, with the province upping compulsory ZEV sales to 26 per cent by 2026 and 90 per cent by 2030, well ahead of federal targets. 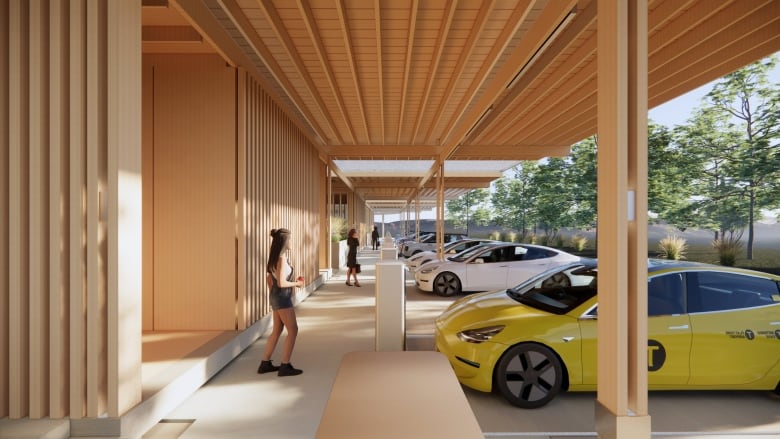 But he said that with the federal Canada-wide target at 20 per cent by 2026, even in the case of the election of a pro-fossil fuel government — for instance, after the Liberal-NDP agreement ends in 2025 — it will make the process hard to stop. He compares it to the shutdown of Ontario’s coal plants. Even after the election of the Ford government, it was impossible to reverse course.

Jaccard also said that since the mandate is based on number of cars sold — not dollar value — auto retailers will be motivated to pull down the price of cheaper models at first so that they can continue to sell more profitable high-end gas guzzlers.

New research last week from Clean Energy Canada comparing EVs with their internal combustion equivalents insists that buying an electric car already saves a consumer a minimum of $15,000 over the life of a car.

From concept to business reality

Electric Autonomy’s di Cara said that besides egging on carmakers, the transition will cause a new flood of entrepreneurial businesses to serve the industry similar to his own start-up, an EV-based online media venture. One of the company’s recent projects was a challenge to architects to create the EV equivalent of gas stations.

The winning design by Scottish architect James Silvester, used to illustrate this story, will actually be turned into a reality in British Columbia by service station company Parkland, one of the sponsors of the competition.

So is this latest federal move the watershed moment when Canada can switch everyone away from fossil fuel vehicles? Di Cara is willing to call it a sure thing.

“I will only believe in the watershed moment when vehicles end up being sold and they are in drivers’ hands,” said di Cara. “I think this is absolutely an enormous step in the right direction.”