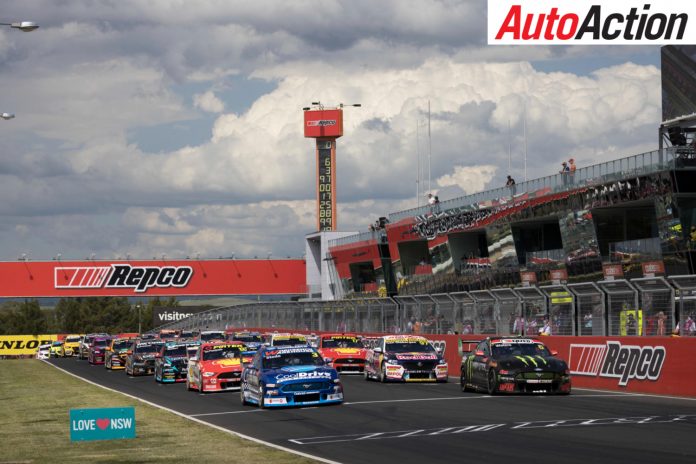 A significant divide within the shareholder’s group of Racing Australia Consolidated Enterprises (RACE) has emerged following news that overseas sports media group FanTech recently made a fresh bid to acquire the Supercars business. RACE, which has owned the series for a little over six months, rejected what appears to have been a strong bid, offering a healthy premium on its shareholders’ investment, while at the same time looking to raise extra money to support Supercars’ ongoing business needs – the decision creating angst among some of RACE’s significant shareholders.

FanTech is an active European-based sports investment group with an experienced and respected team from various disciplines, whose representatives recently travelled to Australia and pitched the offer to several of the key players and investors in RACE, seeking to buy Supercars outright or at least take a controlling interest in RACE.

The offer’s existence has been confirmed to AUTO ACTION by RACE shareholders and ARG co-owners Garry and Barry Rogers who (in recent months) met with the potential buyers at his Dandenong, GRM headquarters.

Had the offer been accepted, it would have delivered a significant net gain for RACE investors over the price paid to acquire Supercars late last year, while ridding Supercars of its debt. The offer was, however, conditional on the purchaser securing at least a major controlling shareholding or full ownership – a scenario that was rejected by key controlling figures and representatives on the RACE board without it progressing to broader consideration.

The buyout rejection has highlighted other issues, as it is understood that RACE is now going to the market to seek new investment or additional loans to inject fresh capital, as the business is believed to need more funding due to the level of debt, as well as for Gen-3, which is well over budget, and other requirements including new technology to support growth plans.

The skeletal story of these latest developments first emerged in an article in the financial section of The Australian newspaper last week. The article said the owners of Supercars were seeking additional investment.

With the purchase of Supercars from Archer Capital having been in the region of $50-60 million, The Australian’s article said that existing investors were being asked to tip an extra $10 million into RACE, but also reported that “a suitor recently made an approach to buy the Supercars business.”

The article touched on the health of the business, pointing to growth in sponsorship, hospitality sales and big advance bookings (about 7500) for the camping grounds at Mt Panorama for the Bathurst 1000 in October, but didn’t touch on the profitability after debt repayments or shareholder returns.

AUTO ACTION approached several RACE board members for comment and received the following statement from Barclay Nettlefold, Charman of RACE this evening:

The board of RACE, who own Supercars, has received a number of unsolicited approaches. Whilst the Board owes a duty to its shareholders to consider any approaches, none have progressed.

RACE acquired the business on the basis of a long-term investment in the sport and remains committed to being long-term owners.

RACE is a privately held company and does not comment on its financing.

We are pleased to say that since acquiring Supercars, all key indicators of the business are encouraging, including ticket sales, hospitality and sponsorship, which are all tracking well ahead of pre-Covid numbers.

Demand to host events is also strengthening as the Supercars sport enters 2023 with the launch of the new Gen3 cars.

As above, and in addition, RACE sees substantial upside in the sport with the continued investment in the business, the people, the teams and the sport. Our private ownership delivers us complete flexibility in funding Supercars’ future growth

Supercars is a profitable business and RACE (and its shareholders) are long-term investors in the sport.

AUTO ACTION has subsequently investigated the sale offer, the rejection, and the purpose of the additional investment now being sought by RACE.

One RACE shareholder told us that the money is to fund “very ambitious mainly international plans for the growth” of Supercars. Growth initiatives are said to include enlarging and engaging more directly with the fan base, gaining more government backing for major Supercars events, and again looking to expand Supercars into international markets, including USA and the Middle East.

Delving a little deeper, AUTO ACTION has found that RACE paid around $70 million to buy the Archer share (approx 65% of the Supercars business) and some small shareholders outright. Acquisition of the teams’ 35% shareholding is currently being paid to them as part of their fixed monthly income from RACE.

To raise the capital for the purchase, RACE went to the financial market and sourced about $25 million of the required $70 million from private investors, while other funds came in a loan from a debt consolidation funding group.

RACE is thus made up of various investor groups, with ARG – which controls TCR, S5000, Trans Am, TCM and Australian GT categories, as well as running events including the Bathurst 6 Hour and the Bathurst International – holding an estimated 30 per cent, believed to be the largest single shareholding, described in a RACE fund-raising document as the “cornerstone” investor.

The other large investors include RACE chairman Barclay Nettlefold estimated at around 10 per cent, while dozens of other investors are overseen by investment fund/advisor Henslow Group, which is very much involved in overseeing the operations of RACE on a day-to-day basis.

The board of RACE comprises several key players – chairman Nettlefold, legendary racer turned commentator and businessman Mark Skaife, John McMellan and Brian Boyd of ARG, with two members coming from the Henslow Group and a member of the DOMA Group (believed to be the largest individual investor outside of the sport).

Having rejected the recent purchase offer, the board, controlled by Chairman Nettlefold is now hard at work trying to get new capital investment into the business. However, some of RACE’s investors are not overly happy that the value of their investment could be significantly diluted when they could have had a defined gain from handing control to a new major investor.

AUTO ACTION spoke to Garry Rogers, Co-owner of ARG (the largest single shareholder group). While not going into the specifics, Rogers confirmed that the offer was real and that he had met with the people that were behind the offer in Melbourne, at the GRM head office.

“Yes, it was a real offer to purchase. We met them here and it was a group made up from a couple of European based people and a locally based person, involved in sports media and entertainment.

“We weren’t really that conversant with the offer, so we wanted to look at it closely and consider it all before we gave them an answer, so we met with them.” Rogers told AA.

“The offer was on the table and being considered by us but a decision by the key influencers on the RACE board was made to reject it, not being prepared to give up control or meet the majority ownership requirements that the investor required.” Rogers confirmed.

“It would have been a modest return on people’s investments, over 10% and maybe up to 20%, but the offer was dependent upon majority ownership, giving them control, and Barclay Nettlefold, Henslow and a couple of the other members of the board rejected that requirement of he offer.

Rogers went further in expressing his disappointment that, while the offer wasn’t accepted, RACE is now going to the market to seek more money to further fund the business, further diluting the value of the initial investment that shareholders, including ARG, have made.

“We thought it was a very fair deal and, to be honest, I’m angry that it was rejected as, currently, there is no plan that demonstrates that this will not be a repeated requirement. Simply, the business has too much debt, more than we originally expected, and that’s why it won’t deliver the return to shareholders as indicated.

“To my mind this opportunity provided an option to reduce that debt and provide the cash for the other investments which would be the best for the sport.

ARG Board member, Supercars Board Member, and co-owner of GRM, Barry Rogers added a further angle:

“Look, we had a great plan to bring the whole of motorsport together – and it could and still can work.

“Our original plan was to grow the whole of motorsport. The offer was about getting the best return for the investors and delivering the best on-track entertainment package for the fans, broadcasters and the Governments that invest in Supercar events, while also delivering the added exposure that these big events deliver to other great support categories that exist.

“But it seems there are now two differing groups – as an example, one isn’t interested in seeing Shane van Gisbergen racing a Trans Am car at Queensland Raceway … or having a strong second program aired on a different network, or even providing better support action at Supercars events …”

Garry Rogers continued: “Originally this whole deal was sold to a heap of smaller investors on the basis that purchasing Supercars and merging the other great categories that ARG have, would have been great for the whole of motorsport in this country.

“No other national sport has such a fragmented approach and bringing it together was our goal, and what we were sold, and why we invested. It would be the best outcome for the sport, for sponsors, the stability of the Supercars teams incomes and most importantly provide the best show for the fans – with something for everyone.

“We’ve been in the sport for a very long time and people like Brian Boyd and ourselves invested in ARG to help grow the sport for the good of everyone involved, but it seems that our plans and vision for the future of the whole of the sport have been hijacked.

“At the time that Supercars was for sale last year, they [Editor: the Nettlefold/Skaife group] didn’t have enough money and they saw us as a good business partner because we had a reputation, a good reputation in the motorsport business, and therefore they chose us to go in there and help get control.

“I can see now that this idea is not a shared vision. I think that other people are very focused on one part of motorsport in this country – and that’s just Supercars.

“It’s a shame because when the Barclay and Mark Skaife group came along, they told us that they just wanted to do it for all those reasons. But now it’s all been done, I think they are now doing it for the wrong reasons.

“It seems it’s more about the ego than delivering the sport to the actual motorsport fans and the competitors and the things that make motorsport work.

“Now they have control and things have changed– and not for the better of the sport overall,” Rogers concluded.

POST-SCRIPT: To add to the intriguing mix, AUTO ACTION also understands that another Australian based group, with links to the previous ownership of Supercars, is believed to be in the market, attempting to raise capital to buy into RACE – and potentially ultimately make a takeover bid for Supercars.

Keep an eye on autoaction.com.au for developments as they happen; the next issue of Auto Action will carry the full story …