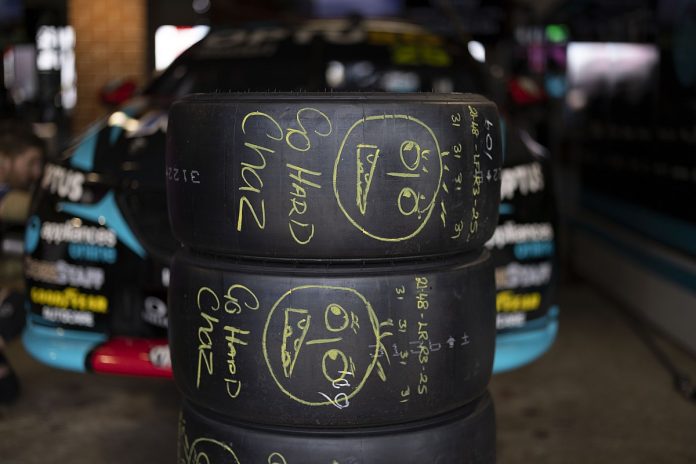 The series introduced a number of new rule tires rules ahead of this weekend’s Darwin Triple Crown, including a higher minimum PSI and limits on where tires can be housed at an event.

The biggest change, though, was a ban on warming tires in direct sunlight before a session.

The practice is common in Supercars, which doesn’t use tire blankets, to bring the temperature and pressure up so it can be bled back below the minimum limit without contravening the rules.

The knock-on effect of a lower real PSI is reduced degradation, particularly for the super soft tire that is designed to lose grip rapidly.

However the tire baking rule has been scrapped before it was formally introduced, with teams still free to have tires sitting in direct sunlight.

But they have to be in designated areas, namely the tire tent or the garage, and can’t just lay around the paddock as was the case in the past.

Motorsport.com understands the ban was reversed due to concerns from teams over how it would be policed ​​and penalized.

The other rules will remain in place for at least the Darwin and Townsville events.