The 10 Best James Bond Cars, According To Ranker 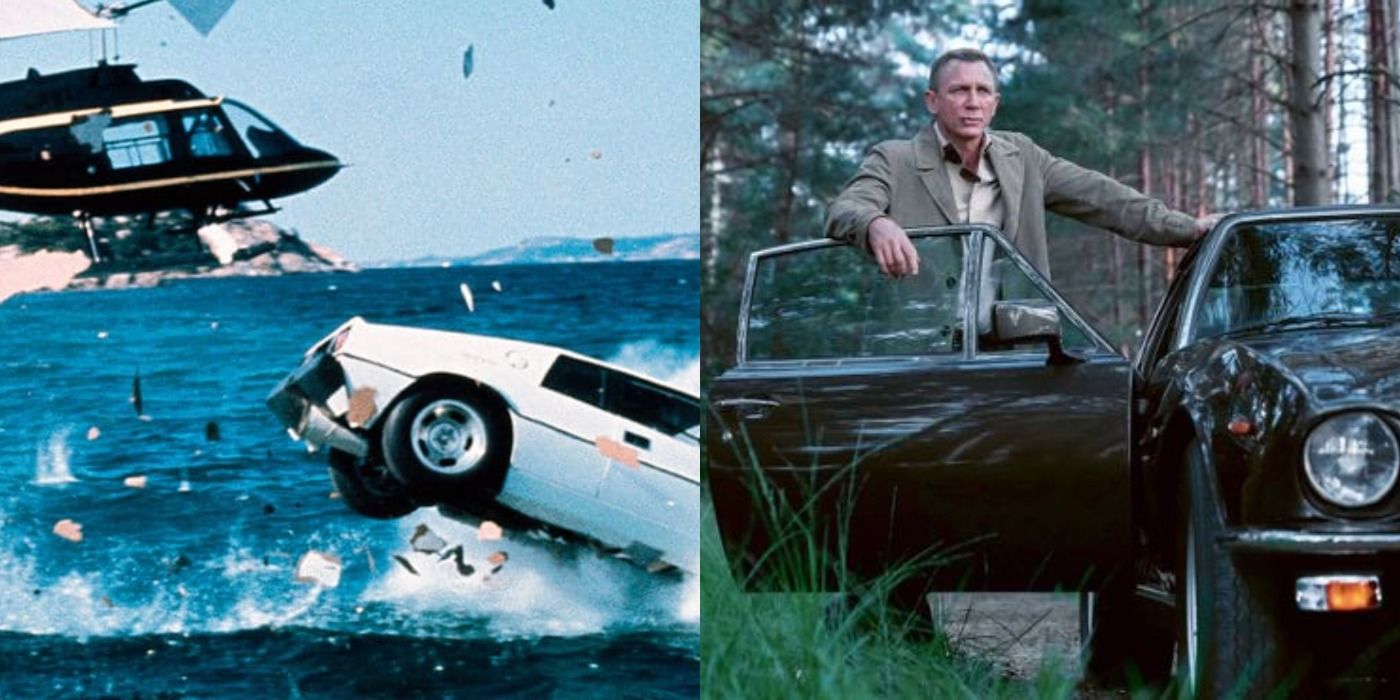 The James Bond franchise isn’t a car fest like the Fast & Furious franchise, but it sure feels like it sometimes due to the high number of classy vehicles featured. While trying to flee from aggressive villains, chasing after them, or simply running spy-related errands, Bond has driven some of the most attractive cars in the world.

The star MI6 agent tends to lean more towards the Aston Martin brand but he has driven several other models too. So far, most of the cars have been good but which ones truly shine brighter than the rest? Through fan upvotes and downvotes on Ranker, a select group of vehicles has been chosen as Bond’s best ever rides.

SCREEN VIDEO OF THE DAY

Bond drives a Sunbeam Alpine Roadster in Dr. No as he heads over to Miss Taro’s mansion in the Blue Mountains. He is then pursued by Dr. No’s enforcers who are inside a LaSalle hearse.

Petrolheads that prefer enjoying the breeze will love the Alpine as it’s a true open vehicle with no wind-up windows or retractable roof. It has a top speed of 99.5 mph (160.1 km/h) (via GB Classic Cars), which isn’t great for people like Bond who seek to put distance between them and baddies. However, that isn’t such a big concern if the baddies are driving a LaSalle hearse.

In Diamonds Are Forever, the Diamond smuggler, Tiffany Case, shows up in a Ford Mustang Mach 1 when she picks up Bond in Las Vegas. Bond later uses the car to evade the police on the streets of city when he becomes a wanted man.

The Mach 1 can hit top speeds of 128 mph (via Top Speed), which explains why the 1971 Ford Custom 500 Las Vegas police vehicles are unable to keep up. The 7.0 Liter V8 engine is a turnoff for those keen on saving on gas but true fans of muscle cars won’t mind. The Mach 1 is also part of one of the biggest movie mistakes of all time where Bond magically switches the side he’s driving on between two consecutive scenes.

Bond drives the Lotus Esprit Turbo throughout the events of For Your Eyes Only. It features heavily when Bond spies on Hector Gonzales in Madrid, Spain, and when he goes to the Italian ski resort of Cortina.

The Lotus Esprit Turbo is held dear by Bond fans mostly because of the self-destruct scenes where it destroyed itself when a thug tries to break into it. It’s also shown to have advanced roof weapons among other Q-branch gadgets, making it the perfect vehicle for Bond.

The S1 is the star vehicle in The Spy Who Loved Me’s lengthy chase sequence on the Italian island of Sardinia. During the chase, Jaws, one of the best Bond henchmen, goes after the 00 agent.

The 907 4-cylinder engine and 138 mph (via Supercars.net) top speed are all great features but what’s cooler is that in the movie, the S1 has amphibious capabilities. It has fins and an airtight lock system that enables it to move underwater. Not to mention that it can also fire missiles and spray cement. As unrealistic as the car is in the Roger Moore flick, it sure is a fascinating one.

Bond is given the Vanquish in Die Another Day when MI6 reactivates his license to kill, The car shines the most in Iceland when Bond engages in cat and mouse games with the henchman Zao, who is driving a Jaguar XKR.

Normally, the Vanquish would be seen as just another beautiful car but in the movie, its appeal goes way higher because it’s packed with Bond-exclusive features. It has a mini rocket launcher, hood-mounted shotguns, and a passenger ejector seat that’s a homage to Goldfinger. It has camouflage abilities too, such that it means the nickname, the Aston Martin Vanish. Its top speed of 190 mph (via autozine) is guaranteed to make any car lover lust over it too.

Timothy Dalton’s Bond moves around in the Volante in The Living Daylights. And in No Time To Die, Craig’s Bond is also seen driving to the MI6 headquarters in a Volante.

RELATED: The 10 Best James Bond Parodies, Ranked According To IMDb

While Craig’s Volante is the normal one that anyone can purchase, Dalton’s Volante is much more complex, which makes it the cooler car. Perhaps its most impressive feature is the side ski, which allows Bond to skate on ice while driving. It has spiked tires too and since lasers were popular in the era, it can fire beams. The 165 mph (via astonmartin.com) isn’t bad either.

In Casino Royale, Bond pursues Le Chiffre in the DBS V12 but ends up crashing. The Quantum Of Solace opening sequence also has Agent 007 speeding through the Lago di Garda mountain road in his DBS V12 as he is being pursued by Mr. White’s henchmen. It’s undoubtedly one of the best car chase scenes in Bond movies.

The DBS V12 holds a special place in the hearts of Bond fans because it made them experience two opposite extreme emotions within minutes. Just after saving his life at the Montenegro casino, thanks to its defibrillator, it almost kills him by crashing. Unlike other Bond cars, it doesn’t have complicated Q-branch gadgets and can comfortably cruise at 191 mph (via astonmartin.com).

To Bond fans, the DBS brings back sad memories. It’s the car Agent 007 drives after his wedding in one of the most emotional Bond movies, On Her Majesty’s Secret Service. Minutes later, his new bride Tracy is killed by Bunt and Blofeld in a drive-by shooting.

RELATED: 10 Funniest Goofs And Mistakes In The Bond Movies

With its 5.3 liter V8 engine and 162 mph (via British Car Advertising of the 1960s) speed, the DBS is a great car for ordinary car lovers but it isn’t exactly a good Bond car. It doesn’t have bulletproof windows, which makes it easy for Bunt to shoot Tracy. Moreover, it lacks the usual gadgets. The key thing that makes the car a memorable one is that it’s Bond’s wedding car. And before the shooting, it’s a to look at as it moves through the winding roads while decorated in flowers.

The DB10 is built for Agent 009 in Specter but Bond takes it anyway and heads over to Blofeld’s meeting in Rome. He is later pursued by the henchman, Hinx, through the streets of the city.

The DB10 is such a beauty that even Bond bullies his way into ownership. Among its gadgets is a flamethrower, a HUD target lock, and an ejector seat which Bond uses to flee from Mr. Hinx. And the 190 mph (via BBC) is enough to make Bond put some distance between him and Hinx’s Jaguar C-X75.

After appearing in Goldfinger, the DB5 has gone on to be Bond’s most popular car. So far, the DB5 has been featured in 8 movies in the franchise.

Since it sits high on the hill of classic cars, the DB5 is one of the most expensive Bond cars. Its 145 mph (via classicdriver.com) speed is impressive for a car as old as it is. The DB5 also introduced most of the gadgets that would go on to be used in future Bond movies. Fans will definitely be looking forward to it making more appearances in the future.

NEXT: The 10 Most Affordable Cars In The James Bond Franchise

The Batman’s Armor Is Even More Powerful Than It Looks

Philip Etemesi is an author, journalist, screenwriter and film critic based in Nairobi. Kenya. As a child, he preferred watching movies like The Goodfellas instead of Home Alone. His girlfriend constantly has to pull him from the front of the TV but he just keeps returning. Stubborn dude! An animal lover, Philip also has a pet giraffe called Refu.