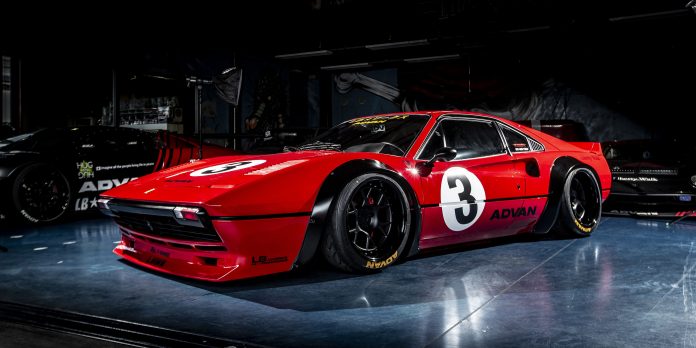 Owning an exotic European super car is the dream of so many gearheads around the world, but for the vast majority of us, it’s likely to remain a dream forever. For the lucky few that do get to own one of these cutting-edge pieces of performance machinery, most people would assume they’d be happy with their lot. Well, that’s not necessarily the case. Some owners want their car to be even wilder, even more unique, and invariably, even more expensive.

The best way to make a supercar visually stand out from the crowd is by adding a body kit, and that’s exactly what the owners of these ten cars have done. There are plenty of smaller shops out there that will happily cook up their own home-brewed kit for the right price, but with this list, we’re mostly focusing on the bigger, more established players in the automotive aftermarket. Love them or hate them, they play a huge part in the supercar industry, taking the already wild looks of each car and making it even more insane.

With so many aftermarket companies focusing on making their cars look as crazy as possible, Novitec is a breath of fresh air in the industry. They’ve never been one for radically altering the design of a car, rather they prefer to accentuate its existing lines.

That’s exactly what they’ve done with this McLaren 765LT, adding extra racing-style vents and a front and rear splitter made of carbon fiber. Not only does it look incredible, but it helps optimize the airflow around the car even better than the stock McLaren does.

Mansory is famous, or perhaps infamous, for being one of the more adventurous companies out there when it comes to their designs. They’ve had their fair share of total duds, but the Siracusa 4XX is not one of them.

Underneath, it’s a Ferrari 488 GTB, but it’s had a full exterior overhaul to more closely resemble the track-only Ferrari Challenge cars. There are also a few performance upgrades under the hood, to make the car perform like a race car as well as look like one.

Manhart might not be the biggest name in the aftermarket scene, but the German tuners have an impressive back catalog of models including the Mercedes-AMG GTR. Performance-wise, it’s been upgraded to produce 585 hp, but it’s been given an exterior makeover too.

The kit offered here is a relatively mild one, with only a few changes made to the rear of the car and the rims, but it’s enough to give the AMG a meaner look than its stock cousin. Manhart’s signature gray and orange accents also adorn every example of the car.

Gemballa is one of the best-known Porsche tuners and has been modifying the brand’s cars for decades, with predictably crazy results. Among their many kits on offer is the 991.2 Porsche 911 “Avalanche”, which adds a whole suite of new parts, including that huge rear wing.

The hood, front and rear bumpers, and fenders of the car are also reworked, with a wider stance than a stock 911. It might look shocking to some, but it’s nothing compared to what the company once did to a Ferrari Enzo.

A guaranteed way to enrage almost any Ferrari purist is to take one of the brand’s classic models and add a huge wide body kit to it, then slam it to the ground. Enter Liberty Walk, the Japanese tuner that’s known for doing exactly that.

They’re the polar opposite of “subtle” and “tasteful”, but that’s kind of the point. A kit like this is guaranteed to draw attention wherever it goes, whether it’s admiration or hate. Plus, it’s a useful way to speedrun getting banned from every Ferrari dealer in your area.

The Bugatti Chiron is already one of the most exclusive cars on Earth, with a sky-high price tag and maintenance costs that would bankrupt most people in just a few months. Any billionaires who think a regular Chiron is too common could send their car off to Mansory for conversion into what they call the Centuria.

It’s essentially a Chiron with a lot of extra carbon fiber aero bits attached. Those extras probably don’t make a huge amount of difference to the actual performance of the car, but they look insane. Which is the point of every wide-body kit, to be fair.

Another smaller player in the aftermarket industry, Prior Design is an up-and-coming brand that has designed kits for everything from supercars to Nissan pickup trucks. This Huracan is of course the former category and comes with a wide over-fender kit that looks like a Liberty Walk clone.

It might not be the most original idea here, but it certainly looks wild, and that’s what counts. The upgrade doesn’t come with any performance improvements, but with over 600 horsepower on tap as standard, it’s not like any owner will need more.

It’s not just classic Ferraris that Liberty Walk is happy to throw a wide body kit on, more modern Prancing Horses have also been subject to the same treatment too. The F430 is arguably a hidden gem in the brand’s range, with used examples depreciating all the time and many bargains to be found.

Anyone lucky enough to have spotted and purchased their cut-price used supercar could certainly make it stand out by adding a Liberty Walk kit, with its over-fenders and ducktail rear wing being very on-brand for the outspoken Japanese tuner.

There are enough examples of performance cars being modified by crazy German tuners that they deserve an article of their own, but few of them do things quite like TechArt. This heavily modified 911 features a wide body kit, racing-style bumpers, and carbon fiber accents all over the car.

If that wasn’t enough, TechArt has also increased the car’s power output to 770 hp, which can be increased even further upon the owner’s request. Driving one of these must be thrilling and terrifying in equal measure.

This list began with a Novitec-modified McLaren, and it’s finishing with one, too. This time, it’s the wide-body 720S Spider, featuring an upgrade package that Novitec has called the “N-Largo”. It features a more prominent wide-body than many of the brand’s other offerings, but that’s not all.

There’s also a big power increase, as the car now makes 806 hp, giving it a 0-60 mph time of just 2.7 seconds. Anyone wanting one of these ultra-quick cars is out of luck, as they’re also ultra-exclusive, and all 15 units have already been sold.

Mark covers a variety of topics for HotCars, from the latest pickup trucks to obscure Japanese sedans. A regular fixture at car shows around the UK and Europe, if there’s a weird model or obscure manufacturer, he probably knows about it. Having previously worked as a radio presenter, he knows a thing or two about Top 10 lists, and enjoys writing them as much as presenting them. Mark is a graduate of the University of Sheffield’s English department and is currently based out of Birmingham, UK.