Home Electric Cars This could be a game changer for how we buy electric cars...
Electric Cars 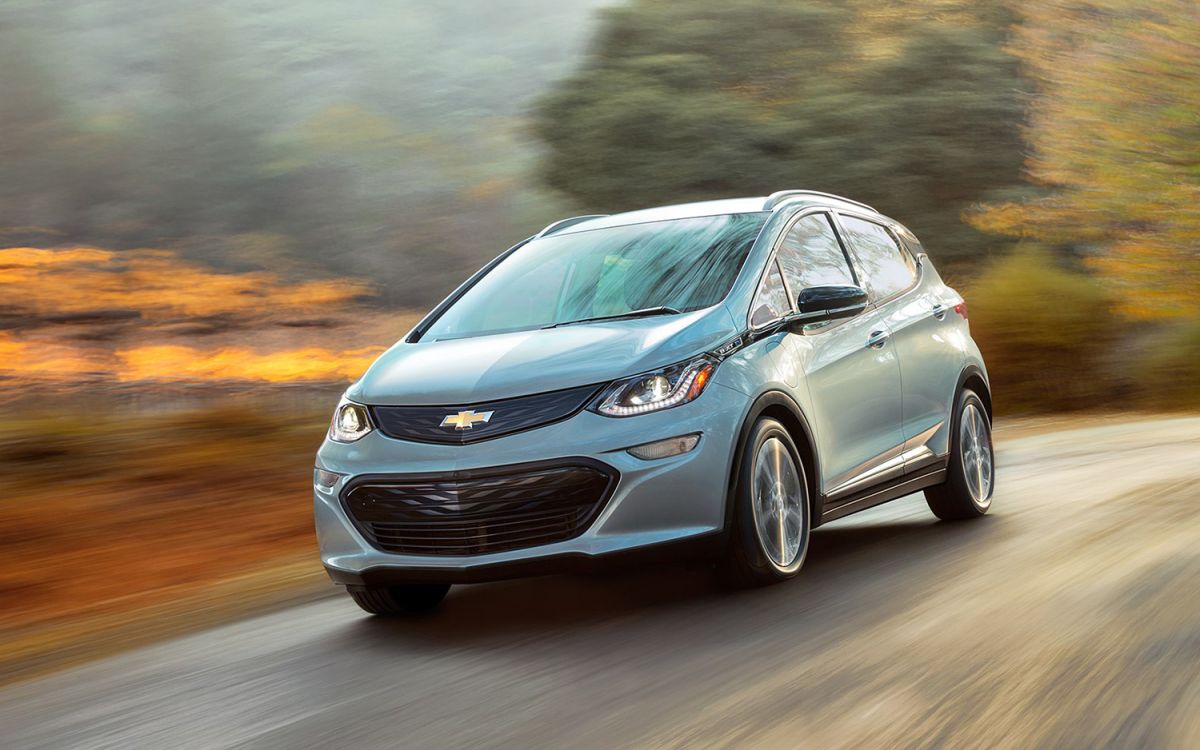 Electric cars are growing in popularity, especially considering current gas prices, but that doesn’t change the fact they are generally more expensive purchases. That’s where the federal EV tax credit comes in, allowing buyers to offset up to $7,500 off the listing price of a plug-in vehicle — EVs included.

Unfortunately, some automakers can end up victims of their own success. The EV tax credit only applies to the first 200,000 cars an automaker sells, after which buyers are left paying the full listing price. Right now that only applies to Tesla and General Motors, but there have been reports that Toyota, Nissan and Ford could be close to that threshold.

And with a combination of supply chain issues and inflation affecting production of new cars, it’s no surprise some automakers are asking for change. And it sounds like they have the right idea.

According to Reuters (opens in new tab) the CEOs of Ford, General Motors, Stellantis and Toyota have written to congressional leaders urging them to eliminate the 200,000 sales cap. Apparently this move is to help ease the increasing cost of EV manufacturing, which ends up being passed onto customers — making the switch to electric even more costly than it already is.

Now is the perfect time to be encouraging people to buy electric cars — rather than penalizing them for wanting to avoid extreme gasoline prices.

That’s something prospective Tesla owners will know something about, with the automaker implementing multiple price rises over the past couple of years.

This isn’t to say that automakers want the tax credits to last forever. Instead they are proposing scrapping the sales-based threshold in favor of a “sunset date” that would end the credit once the EV market is “more mature.”

That’s something that has just happened in the UK (opens in new tab), with the British government putting the final nails into the plug-in car grant’s coffin. The grant reduced the price of new electric cars at the point of sale, and has been slowly reducing in scope over the past couple of years.

But I think the UK’s decision is a mistake. Now is the perfect time to be encouraging people to buy electric cars — rather than penalizing them for wanting to avoid extreme gasoline prices.

Electric cars cost a lot, but what’s been apparent for a while is that they do cost less to run over time. In fact, Consumer Reports (opens in new tab) said as much back in 2020, with his study finding that drivers can save $4,700 (or more) on fuel costs over the first seven years.

Over the lifetime of the car, owners would be saving anything from $6,000 to $10,000. Consumer Reports figures estimated that an EV owner that recharges at home can save $800 to $1,000 on fuel costs each year, and around $4,600 on maintenance over the car’s lifetime. EVs have fewer moving parts, which means components fail less often and don’t need as much regular maintenance.

Long range EVs were also found to hold their value “as well as or better than their traditional gasoline-powered counterparts.” So the fact that EVs cost 10% to 40% more at the time of buying still paid off in the long term.

These days you also have to consider the astronomical rise in fuel prices. While energy prices have gone up as well, gasoline prices are, to put it bluntly, madness right now. The US national average is over $5 a gallon (opens in new tab)and in the UK people have started reporting seeing petrol prices at over £2 per litre (opens in new tab) — that’s equivalent to just over $9.50 a gallon.

Speaking to CNN (opens in new tab)‘Consumer Reports’ senior policy analyst emphasized the fact EV drivers can save money in the face of these sorts of prices. If you’re buying a new car anyway, and it’s possible to fit an EV into your current life situation, then now is as good a time as any to invest in an EV. Assuming you can get one, and that you have the money to pay for one.

And that’s where the financial incentives and tax credits come into play. You may still need to wait several years for the savings to mount up, but the financial barriers associated with electric cars are significantly lower.

While you still need to pay full price for the truck, the fact that the incentives reduce the overall cost, make handling over the extra cash a lot more palatable. Heck, at that level you’ll start tallying up the savings pretty darn quickly.

We’re getting more cheap EVs, but we still need more to be done

Despite supply chain and production problems, we are seeing cheaper EVs hit the market. Last year Nissan reduced the base price of the Nissan Leaf to $27,400, making it the cheapest EV on sale in the US Then in the past few weeks, Chevrolet took it a step further, reducing the price of the Bolt and Bolt EUV down to a respectively $25,600 and $27,200.

While all three cars are still relatively expensive, those price cuts are pretty significant. $6,300 for the Bolt EUV, $6,000 for the regular Bolt and $4,170 for the Leaf. And those cars are on sale now, and not some far-off pipe-dream like the $25k Tesla hatchback. As much as we’d like to see that car hit the streets, Elon Musk has admitted that development on the cheap Tesla is currently on hold.

Throwing extended financial incentives into the mix makes cheaper EVs more affordable, and therefore more enticing to people who can’t afford to pay for cars that cost over $40,000. The Nissan Leaf is still eligible for the full EV tax credit, meaning the final cost can be as low as $19,900 — possibly more depending on where you live.

Now imagine if Chevrolet, a General Motors brand, were suddenly eligible for the full tax credit again. You’re looking at $18,100 for the base model — which isn’t that much more than the $14,595 you’d need to pay for a Chevy Spark. It’s not total parity, but it’s getting pretty close.

EV adoption is growing, but there are still challenges involved — particularly where the cost of entry is concerned. And in a time where knowing how to find cheap gas is an essential skill for a lot of people, anything that can push them over to a more cost-effective option can only be a good thing.

How likely it is to happen isn’t entirely clear, though, and as usual politics might get in the way. Democratic Senator Joe Manchin, in particular, has questioned the need for extended tax credits if EV supply can’t match demand. Meanwhile, Republicans seemed fully on board when former President Trump tried to ax the credit in its entirety (opens in new tab) in a proposed 2020 budget.

The auto industry can apply pressure, of course, but that will only go so far. The Biden administration has been pushing for increases to the federal EV tax credit since last year. One such proposal includes offering an additional $4,500 tax credit for union-made cars assembled in the US, and put the limit up to $12,500. So far no real progress has been made here.

One thing is for certain: the more people who make the switch to an electric car, the better. Not just in terms of helping their own finances, but also for all the environmental reasons people have talked about for the past decade or so. Making them more financially accessible is the best way to do that.

In the meantime there are plenty of electric cars still eligible for the federal tax credit, and it pays to be up to speed on other EV financial incentives that are available.