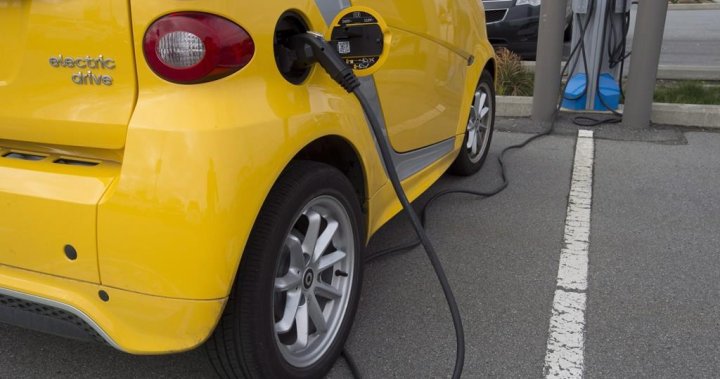 Electric vehicle sales grew almost 60 per cent last year but they need to pick up the pace even more to hit the new federal sales mandates expected by the end of this year.

Across the whole year, 86,000 battery-electric and plug-in hybrids were sold, accounting for 5.2 per cent of new registrations. That compares with 54,000 in 2020, making up 3.5 per cent of total vehicle registrations.

Environment Minister Steven Guilbeault intends to mandate that by 2026 electric vehicles make up one in five new passenger vehicles sold. By 2030, it must be at least helped, and by 2035, all new vehicles sold must run on batteries.

He is currently developing a national sales quota system that will impose penalties on dealerships or car companies that don’t sell enough electric vehicles.

“Switching to an electric vehicle is one of the most impactful things Canadians can do to help fight climate change,” Guilbeault said in a statement to The Canadian Press.

Passenger cars and trucks made up more than half the greenhouse gas emissions from road transportation in 2020, and more than one-tenth of Canada’s total emissions that year.

Quebec and British Columbia already have provincial sales mandates and have had purchase-price rebates for years. They also lead the pack in overall sales, with 71 per cent of all new electric vehicles in Canada registered in those two provinces in 2021.

In the last five years, three in every four electric vehicles were registered in Quebec or BC

Within Quebec, electric vehicles made up nine per cent of new registrations in 2021, and in BC it was 11.6 per cent. Ontario, which is the next highest, is at three per cent.

Every province saw growth in electric vehicle registrations in 2021.

While growth in electric vehicle sales is happening, it isn’t on pace to meet Guilbeault’s new targets. At the current rate of growth, electric vehicles will make up approximately 15 to 16 per cent of new registrations by the end of 2026.

The national sales mandate is expected to help, but Guilbeault said Thursday the government is investing heavily to help the Canadian auto industry transform to pump out electric vehicles, as well as funding more charging stations and expanding the federal rebate program for electric vehicles.

On Friday, Transport Minister Omar Alghabra will announce how the government intends to expand that rebate program so more expensive SUVs and pickup trucks coming onto the electric vehicle market can qualify.

The recent budget is adding another $1.7 billion to keep them flowing for another few years and raise the maximum purchase price.