Home Latest Police arrest car thief who dozed off after breaking into an Audi...
Latest 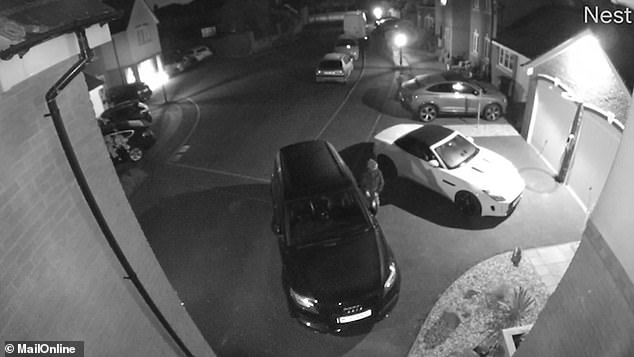 Gone (to sleep) in 60 seconds: Moment police arrest car thief who dozed off while trying to steal an Audi Q7

By Darren Boyle for MailOnline

This is the moment a dozy thief fell asleep inside a car he intended to steal in the West Midlands.

The man broke into the Audi A7 on Friday, April 15 while it was parked on the driveway of a home in Sutton Coldfield.

The thief ransacked the car, stealing cash, headphones and personal items before falling asleep in the luxury SUV.

This is the moment a 42-year-old man from Tamworth, Stafforshire, broke into an Audi Q7 in Sutton Coldfield on April 15 while its owners were asleep in bed 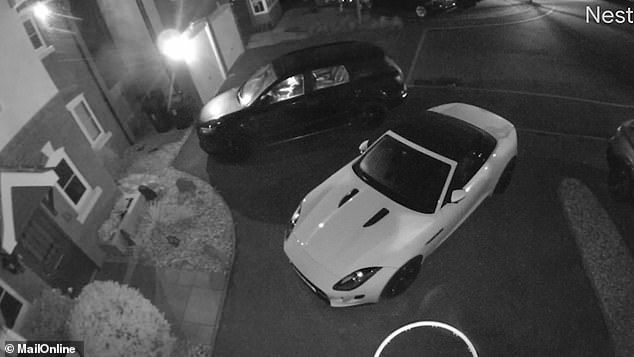 The man, pictured inside the car, searched the SUV for valuables before he fell asleep 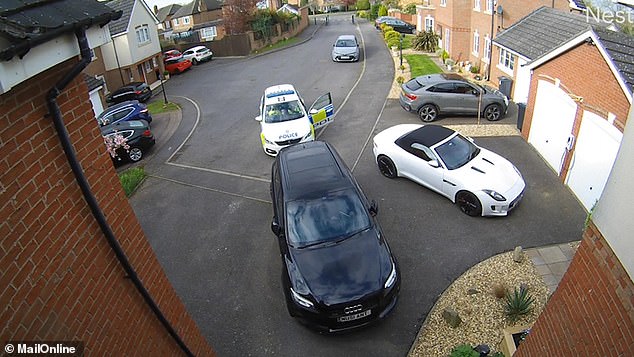 The following morning, the car owner’s 12-year-old son spotted the thief inside the Audi.

‘It was scary to see the man who had broken in, but funny that he made himself comfy and dozed off.’

A local WhatsApp group had warned residents about the prowler, but Ms Reed and her husband Simon, 51, were asleep and were unaware of the threat until they woke up.

Ms Reed said she looked out the window and saw her car was still in the driveway – unaware the man was sleeping inside. 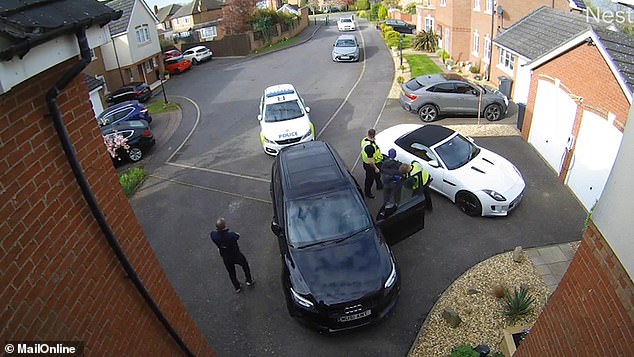 West Midlands Police arrested a 42-year-old man at the scene. He was charged on suspicion of theft and vehicle interference

She said her two sons were first to notice the man. She said: ‘It was so bizarre seeing him almost asleep. And very odd not wanting to wake him in case he fled. Our golden cocker spaniel dog Archie had slept through the whole thing in the front room, and we made sure he didn’t bark until the police came and arrested the fool.’

Ms Reed added: ‘The first thing the intruder said was, “You can’t arrest me for theft because I haven’t left with anything”.’

Footage of the incident showed the man forcing his way into the car having failed to break into several other nearby vehicles.

Ms Reed claimed she was a victim of ‘Britain’s laziest burglar’.

West Midlands Police said a 42-year-old man from Tamworth, Staffordshire, was arrested and charged on suspicion of theft from a car and vehicle interference.