Classic and electric cars to rally in St Albert 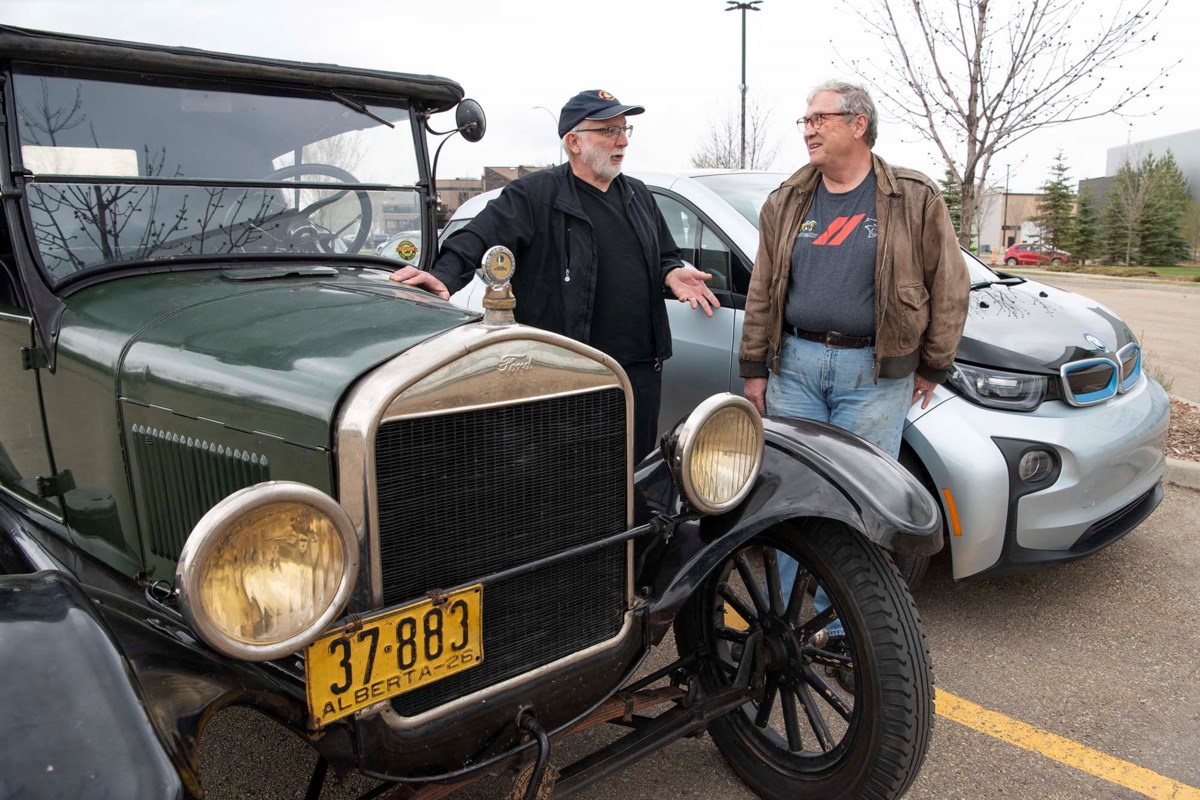 Car enthusiasts will get to test-drive Teslas and Model Ts this Saturday as a ride-and-drive rally returns to St. Albert.

About 100 drivers will be at St. Albert’s Century Casino May 21 for the Inter-Club Ride and Drive Event. A joint initiative of about five Edmonton-area classic and electric car clubs, this free event aims to bring car fans together for a rare chance to actually drive classic and zero-emission vehicles. This is the first time the event has run since 2019 and the COVID-19 pandemic.

“With virtually all car shows, you don’t get to touch or ride in the cars,” said event co-organizer and St. Albert car collector Art Rutledge.

This event is a way to give classic and electric car owners a chance to learn more about vehicles they wouldn’t ordinarily encounter in their home clubs, Rutledge said. Guests should expect to see a lengthy list of classic and electric cars at this event, including his electric BMW i3, Jaguars, and possibly a bubble car (a really small car with an aircraft-style canopy).

Event co-organizer Chris Bamford will be on hand to give driving lessons in his 1926 Model T Ford Touring.

“A hundred years ago, the cars in the world were Model Ts and everyone knew how to drive them helped, but now it’s a lost art,” he said.

The Model T has three-foot pedals, he explained, none of which are the accelerator. The pedals are for brakes, reverse, and clutch, with the clutch actually having a completely different function if you floor it (as most drivers would) instead of pressing it halfway. The car does not have seat belts, air bags, power steering, or signals, and barely has any brakes, but it does have a crank to start the engine.

Rutledge said it is definitely easier to drive his electric cars on long trips now than it was seven years ago, as there are many more public charge points available.

“Range wasn’t the problem people thought it was in the first place,” he said, as most drivers don’t need more than 250 to 300 kilometers of range to make a car practical (if you need more in one ride, you just stop and plug in for 15 minutes after two hours).

In addition to having zero tailpipe emissions, electric cars are also much cheaper to drive than gasoline ones, Rutledge said. His BMW i3 costs about 1.7 cents per kilometer to drive, for example, whereas a really efficient regular SUV might cost 16 cents/km (assuming it gets 10 L/100 km).

While there are more models on the market now than seven years ago, Rutledge said it is actually more difficult to get an electric car nowadays due to super-high demand and long waiting lists. Still, if you can get one, the federal government offers up to $5,000 in rebates on many models.