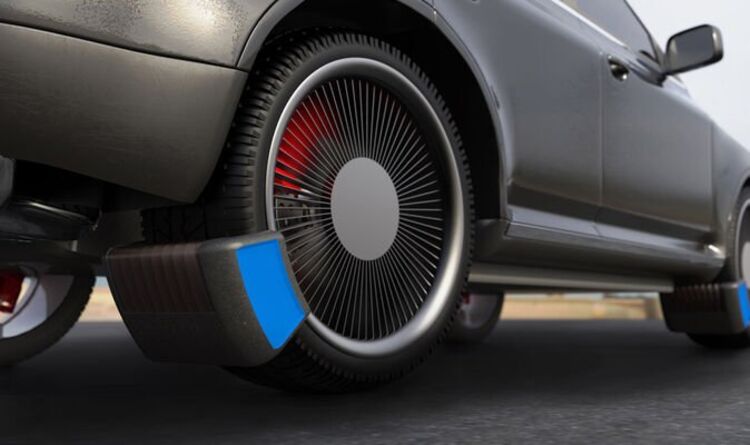 Tire wear is the second largest microplastic pollutant in the environment, after single use plastic, and accounts for up to 50 percent of air particulate emission from road transport. As the world adopts electric vehicles, pollution from tire wear is projected to increase, due to the added battery weight and torque of these vehicles.

The Tire Collective was started to mitigate tire wear emissions in the environment, something which could be worsened by the transition to electric vehicles.

The business has recently received funding from Innovate UK’s Sustainable Innovation Fund to develop an on-vehicle device to capture tire wear at the source to reduce road transport pollution.

The device – a world first, developed in consultation with the Imperial Department of Aeronautics – currently captures 60 percent of all airborne particles in testing.

Once captured, these particles can be recycled or reused in new tires and other materials.

“When you think about vehicle pollution, at the moment, it’s very much on the exhaust, people think about the smoke that comes from the tailpipe.

“But that’s only half of the problem, there’s a whole other problem with brake wear and tire wear. That would be the next big pollution source that we have to tackle to create a true zero emission vehicle.

“It is projected that more tire particles are being produced in EVs than in internal combustion cars, trucks and vans.”

Hanson, alongside fellow co-founders Hugo, Siobhan and Deepak began the project as part of their MA degree in Innovation Design Engineering at Imperial College London and the Royal College of Art.

Last summer, they completed their first on-vehicle test with findings due to be published soon and they will be conducting a pilot trial on fleet vehicles later this year.

Funding from Innovate UK’s Sustainable Innovation Fund has helped The Tire Collective to continue developing the device following the team graduating from Imperial.

It is hoped they will be able to move the project onto the next phase allowing them to continue developing the technology.

Mr Cheng continued saying: “We’re developing a retrofit device targeting after market EVs which would sit just behind the wheel, specifically on vans.

“Anything with a wheel that sheds is in our market. The long term vision is to integrate this device into all future EVs whether its cars, trucks or buses.

“It’s the catalytic converter for tire wear. Because we’re entering an exciting time in mobility, why not tackle both problems at hand and create a truly zero emission vehicle.”

The device is positioned close to where the tire meets the road, with The Tire Collective having identified this position to take advantage of airflow around a spinning wheel.

Based on research, the device currently captures 60 percent of all airborne particles on their test rig.