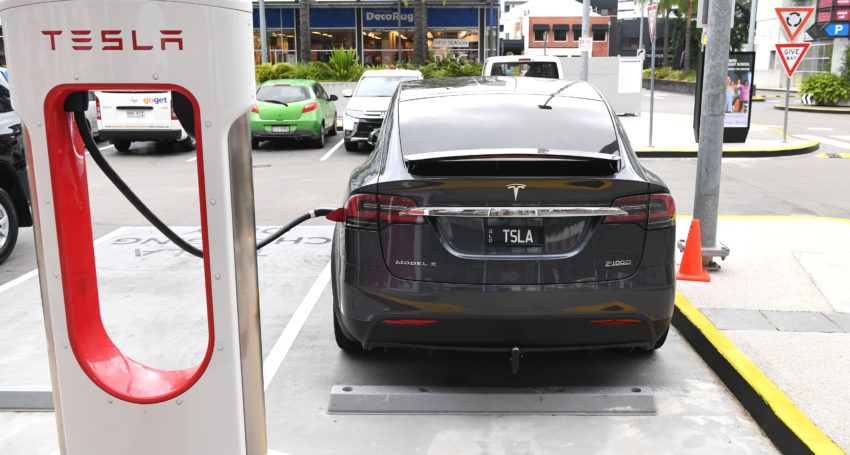 Sales of new electric vehicles in South Australia have increased by over 200 per cent in the past year while petrol car sales dropped by eight per cent – ​​but Toyota SUVs still rule the road.

The Motor Trades Association said today that despite COVID-inflicted supply chain issues, latest VFACTS data showed 40,780 new cars had been sold in South Australia so far this year, compared with 41,260 for the same time last year.

Electric car manufacturer Tesla – which the MTA said did not previously register sales – has sold 150 vehicles in SA so far this year.

While petrol vehicles still overwhelmingly dominate sales, the 20,381 sold so far in 2022 is a significant drop from the 22,238 sold for the same time last year.

However, diesel vehicles increased in popularity, with 1909 sold to the end of July compared with 1709 at the same time in 2021.

MTA CEO Paul Unerkov said while EVs and hybrids were still only a small proportion of the market, South Australians were embracing them to reduce emissions.

“This comes as sales of new petrol cars are down 8.4 percent for the same period, a notable drop considering their volume of sales.”

South Australians have bought 1361 Misubishi’s Tritons so far this year, with Ford’s Ranger selling 1357 and Mazda’s CX-5 1292. SUVs made up more than half of SA vehicle sales.

MG, owned by China’s biggest carmaker SAIC Motor, increased its SA sales by 47 per cent over 12 months, while Mazda sales dropped from 13 per cent to 10.6 per cent of the total.

Get InDaily in your inbox. Daily. The best local news every workday at lunchtime.

Thanks for signing up to the InDaily newsletter.

“The new car market is certainly not as gloomy as some pundits would believe and these figures demonstrate that local dealerships have cars available for sale,” he said.

Media diversity is under threat in Australia – nowhere more so than in South Australia. The state needs more than one voice to guide it forward and you can help with a donation of any size to InDaily. Your contribution goes directly to helping our journalists uncover the facts. Please click below to help InDaily continue to uncover the facts.