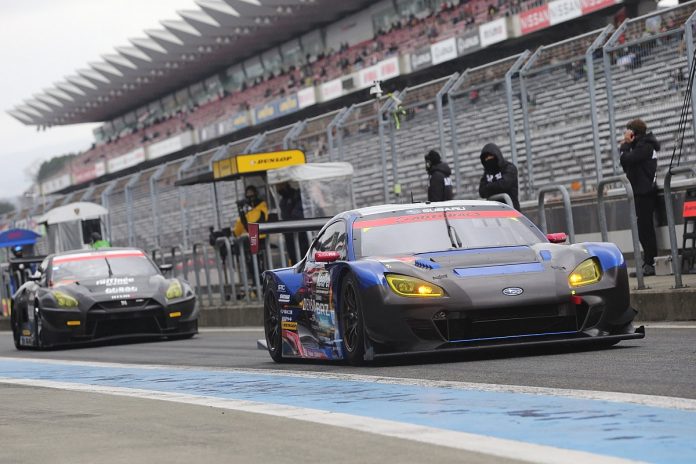 All three cars conforming to the Japanese championship’s own GT300 rules (formerly JAF-GT300) that raced last year are facing power reductions for the first round of the 2022 campaign on April 16-17.

It follows criticisms from some quarters that last year’s battle between the GT300s and the FIA ​​GT3 machinery that makes up the bulk of the field in SUPER GT’s lower class had become too skewed in favor of the former category, with GT3 cars only taking two of the year’s eight wins.

Subaru’s BRZ, the only GT300 car that has a turbo engine, has had its boost pressure figures reduced across its rev range, while the normally-aspirated Toyota Prius PHV GR Sport and GR Supra have smaller air restrictors.

The two types of Toyota will run with 29.08mm air restrictors, down from the 29.67mm at which they ran for the majority of the 2021 season.

Both the Subaru (1235kg) and GR Supra (1286kg) have unchanged BoP weights compared to last year’s Okayama opener, while the GR86 will run at the same weight as the Supra and with the same size of air restrictor.

The Prius however will be 9kg heavier at 1336kg, a figure that includes a penalty designed to cancel out the benefits of its hybrid system.

Toyota’s 86 Mother Chassis car has also been hit with a 30kg weight increase, bringing it up to 1233kg.

Of the seven FIA GT3 models returning from last year, only two will run at the same weight as last year’s Okayama opener – both the Lamborghini Huracan GT3 Evo and Nissan GT-R NISMO GT3 will run at 1362kg.

The only GT3 to be hit with an increase is the newly-upgraded Honda NSX GT3 Evo2, which is now 10kg heavier than last year at 1371kg, while the remaining four cars have been given weight breaks.

BMW’s all-new M4 GT3 has been given a starting weight of 1356kg, including its Okayama-specific ballast.

The air restrictor diameters for the Lamborghini, Mercedes and Lexus are unchanged from last year, as are the boost pressures for the turbo-powered Ferrari, Honda and Nissan.

Despite an increase in GT300 rules cars from last year, FIA GT3s still make up the majority of the 27-car field in the class. Nissan is the best-represented marque with six cars, followed by Mercedes (three), Lamborghini and Honda (both two).

Audi, Ferrari, Lexus and BMW are represented by a single car apiece.