Here is why Ferrari is reluctant to switch to electric cars 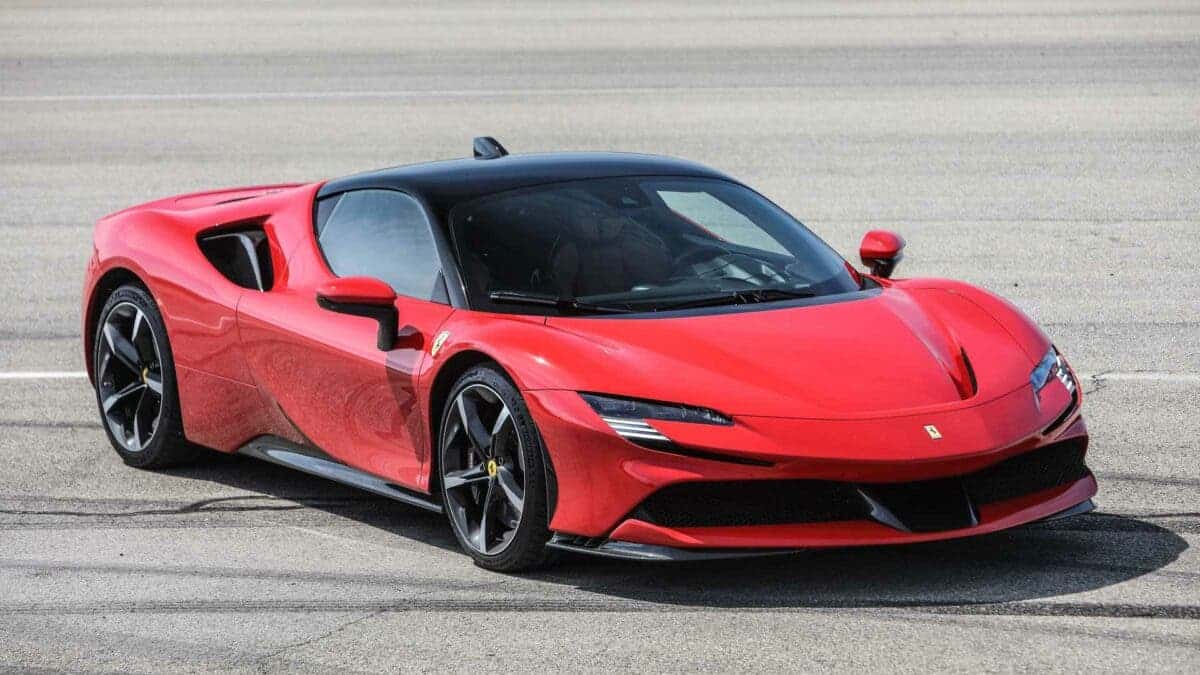 Italian luxury automaker Ferrari, which makes many of the world’s fastest cars, has been stuck in the slow lane as it transitions to electric vehicles. Ferrari is trying to overcome the power disadvantage of electric cars relative to today’s already very powerful internal combustion engines. At this month’s investor day, Ferrari executives promised a new era, with the launch of its first all-electric sports car in 2025. However, for now, the internal combustion engine is still the core aspect of its research. Unlike other rivals, Ferrari has not provided a roadmap for electrification of all its models, although brands such as Volkswagen’s Bentley and Volvo are targeting 2030. One of the core reasons why Ferarri is not so keen is that the heavy battery will affect the luxury car experience

A new production line focused on electric vehicles will help increase annual production at Ferrari’s Maranello, Italy, plans by more than 35 per cent to more than 15,000 vehicles (65 per day) by 2025. According to sources familiar with Ferrari’s business plans, the company had 11,155 in 2021 (46 per day). This will also lead to higher profit margins for Ferrari.

Ferrari told investors that the company aims to increase its core profit margin (EBITDA) to 38-40% in 2026, compared to 35.9% in 2021. By 2026, Ferrari’s model line could increase from the current 12 to at least 17. However, most new models will have combustion engines, at least initially, including its first SUV, the Purosangue, which could be a hybrid model. Ferrari currently has four plug-in hybrid models.

The quest for zero emissions presents Ferrari with the same challenges as its competitors. Current EV batteries weigh hundreds of kilograms and they can affect aerodynamics and handling. Even at this, it still can’t match the constant power and hoarse roar of a large internal combustion engine. To address these costly challenges, Ferrari is working on solid-state batteries that could theoretically boost battery power. The company is also working on hydrogen fuel cells and synthetic fuels. However, the future of both projects is currently fraught with uncertainty.

EU countries reached an agreement this week that will ban the sale of new fossil-fueled vehicles but will assess in 2026 whether hybrids and synthetic fuels or carbon dioxide-neutral fuels meet its standards.

“Every time there is a technological transition, it’s a little bit blurry, it’s full of fog,” Ferrari chief executive Benedetto Vigna said in an interview.

Philippe Houchois, an analyst at US investment bank Jefferies, called Ferrari’s approach “prudent enough,”. However, he adds that as more automakers move toward electric vehicles, investors may not welcome the idea.

Houchois explained: “They can use the internal combustion engine to extend the time to profit and offset as much investment as possible. But that’s not necessarily what the market wants to hear, because the mindset of most people is: Let’s rush into electric vehicles. The industry never looks back.”

On the V8 engine assembly line at the Maranello plant, Ferrari workers complete an engine and chassis assembly every 22 minutes in what Ferrari calls a “marriage”. For an extra fee, the engine of the V12 model includes a nameplate with the name of the man who built it. Ferrari executives highlighted the emotional state of customers when buying its luxury cars, which start at more than 200,000 euros. “I see customers coming to pick up their cars, and some people cry with excitement,” Wigner said. So, it’s crucial for Ferrari to create an electric car that gets the same enthusiastic response from people.

Hybrid sports cars have been successful, combining a powerful engine with the instantaneous acceleration of an electric motor. But pure electric sports cars are currently facing “overweight” problems because they require huge batteries to provide enough power.

For example, the Nevera from the Croatian supercar maker Rimac weighs 2,200 kilograms. This is heavier than sports cars with internal combustion engines and even more than the Ford Transit and Mercedes Sprinter. Dario Duse, managing director of consultancy AlixPartners, said this excess weight “in turn affects drivability, dynamics and experience”.

Ferrari isn’t the only company facing these challenges. A few of the ultra-luxury automaker’s rivals are eager to switch to electric vehicles. For example, Lamborghini announced that it will not launch a fully electric vehicle until 2030.

However, according to Doucet, Ferrari must weigh the options it faces more carefully than Lamborghini. The latter has the backing of a parent company whose pocket is very deep.

“Unlike Lamborghini, Ferrari doesn’t have the same development platform as VW, so funding issues are also important,” Dussel said.

Ferrari is working on hydrogen fuel cells. This is a future zero-emission solution that several automakers in Japan and Europe are optimistic about. This technology should rival the continuous power from internal combustion engines. British start-up Viritech is already building a hydrogen-powered hypercar, and Italian car design firm Pininfarina is also involved. Weighing in at 1,000kg, the car is a limited-edition vehicle and Viritech plans to sell the technology to other automakers.

Timothy Lyons, chief executive of Viritech, said there had been a “surge” in interest in the concept from traditional automakers over the past 18 months. Nevertheless, hydrogen fuel cell vehicles require infrastructure to produce “green hydrogen” using renewable energy and gas stations. These may not be in place until around 2030 at the earliest.

Ferrari is also working on battery components with four partners in Europe and Asia. They will work on next-generation high-energy-density solid-state batteries that are lighter than those currently in use. Automakers such as Ford and BMW are investing in solid-state batteries. However, the technology is still years away from practical use.

Jefferies analyst Hojois warns that Ferrari’s slow pace of change is appearing as a drag. However, from a business perspective, their business is great and doesn’t need to go away that quickly.