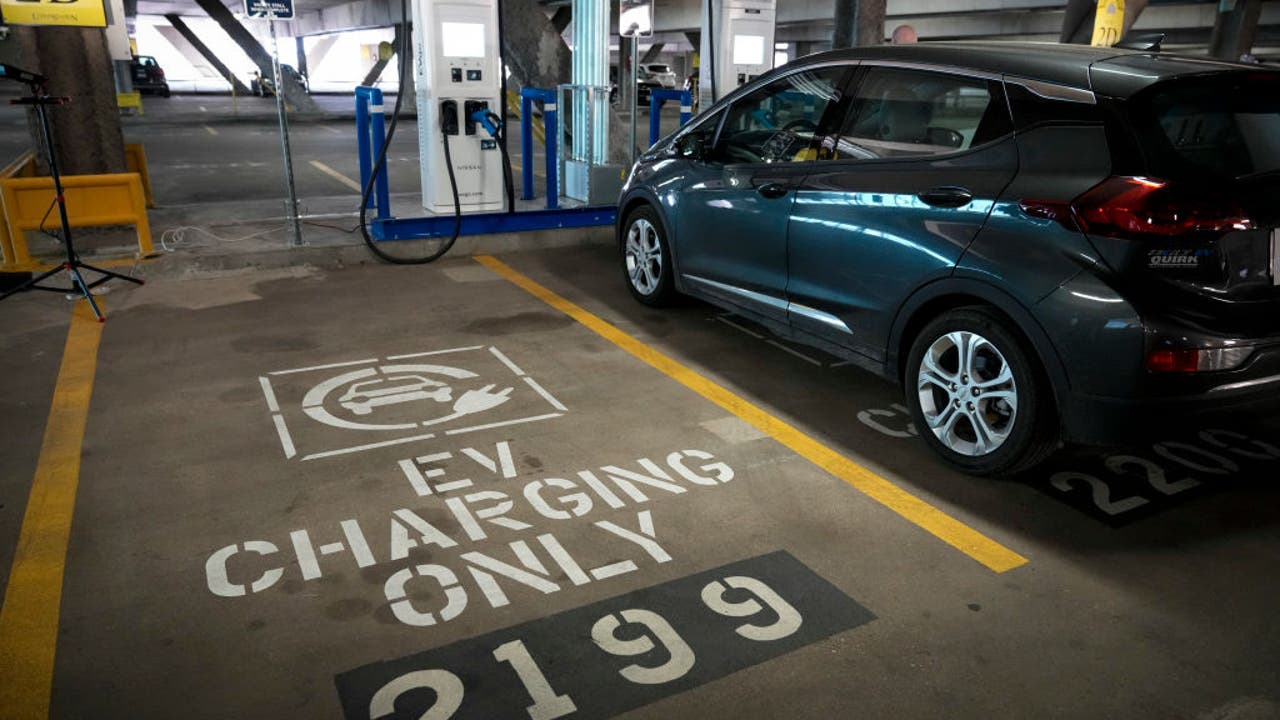 AP’S ASSESSMENT: Missing context. The headline being shared was from a June 2021 heat wave — not mid-March 2022 — and was a voluntary recommendation that residents charge electric vehicles and do other activities outside of certain peak periods.

But that headline is actually from a June 2021 story by the conservative outlet Newsmax, which the posts do not make clear.

The story was referencing alerts at the time by the California Independent System Operator, who managed much of the state’s power. Those Flex Alerts asked residents to conserve electricity during certain hours to reduce stress on the grid.

As gas prices increase, so does the demand for electric vehicles.

The ISO also didn’t request that residents stop charging their vehicles entirely. It recommended charging electric vehicles — in addition to taking steps such as charging electronic devices and pre-cooling homes — prior to those flex alert hours.

Get your top stories delivered daily! Sign up for FOX 11’s Fast 5 newsletter. And, get breaking news alerts in the FOX 11 News app. Download for iOS or Android.

“Flex Alerts are voluntary calls for consumer conservation, and the program’s messaging emphasizes shifting energy consumption,” Anne Gonzales, a spokesperson for the ISO, said in an email. “So we are not asking them to avoid charging altogether, but to charge at different times of the day during a Flex Alert.”

The alerts came during a heat wave in which temperatures in Palm Springs hit 120 degrees.

This is part of AP’s effort to address widely shared misinformation, including work with outside companies and organizations to add factual context to misleading content that is circulating online.

Tune in to FOX 11 Los Angeles for the latest Southern California news.