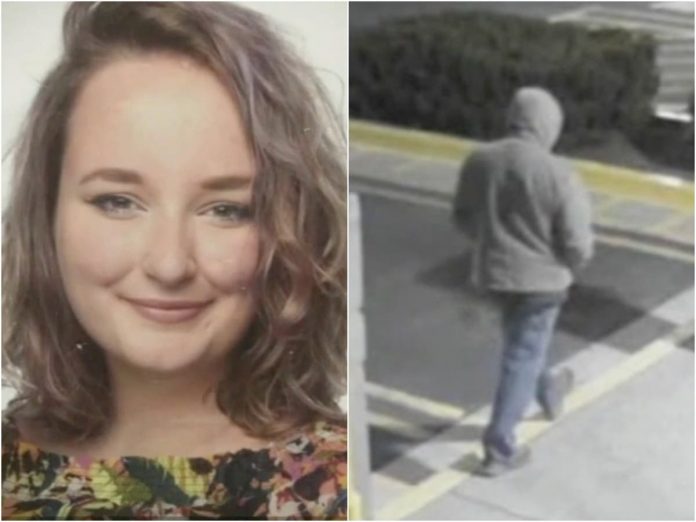 A Nevada woman has possibly been kidnapped in her own car by a hooded man in a Walmart car park near Reno.

Police have released still images from surveillance footage that they say shows a hooded man walking from a nearby homeless encampment, standing around a number of vehicles, then getting into the car of 18-year-old Naomi Irion, and driving away with her in the passenger seat.

“To me, it looked like a clear abduction,” Ms Irion’s brother Casey Valley said, according to ABC News.

Ms Irion was last seen on Saturday at 5am in a Walmart parking lot in Fernley near Reno, Nevada, where she was waiting for a shuttle bus to take her to work, the Lyon County Sheriff’s Office said on Wednesday.

The TV station KRNV reported that Ms Irion worked at Panasonic but that she would park her car at Walmart.

Her family called the police when she didn’t appear for work and didn’t return back home.

“They confirmed that she missed her shifts Saturday and Sunday, which was really unusual,” Diana Irion said. “My daughter was extremely reliable.”

The sheriff’s office has said that a person seen in surveillance footage may be involved in the teenager’s disappearance.

The hooded suspect in images released by police

On Thursday, investigators revealed that the man said or did something to prompt Ms Irion to move from the driver’s side to the passenger’s side of the vehicle.

“She is not a fighter, meaning the guy who pushed her into a car, she froze. She didn’t do anything. She just froze,” her brother told reporters.

“We’re not saying that this person was necessarily a homeless person. He came from that direction,” he added.

The truck thought to be driven by a man who knows where Naomi Irion is located, according to police

Police have said they found the vehicle abandoned in a nearby industrial park on Tuesday. While investigators have declined to say what they found in the car, they have said that evidence suggests that Ms Irion disappeared because of a crime.

They added that they believe a truck driver is connected to the disappearance of Ms Irion. Police believe that a man driving a fairly new, dark Chevrolet High Country pickup truck may know where the 18-year-old is.

“We beg you, if you have any information to contact authorities,” her father said during a press conference on Thursday. The family has said that they don’t recognize the hooded man seen in the still images taken from the security footage reviewed by police.

Naomi Irion, seen in images released by the police

Mr Valley, who lives with Ms Irion, told NBC News that the suspect was hooded and wearing a mask, according to security footage.

“He circled around the parking lot, maybe to make sure there were no witnesses,” Mr Valley said. “He came up behind the car and forced his way into the driver’s side of the car. Maybe her door was unlocked. He either said or did something to make her move to the passenger seat, and then he drove her car away in an unknown direction.”

The Lyon County Sheriff’s Office said in a statement: “The forensic evidence discovered, to date, continues to lead Lyon County Investigators to believe Naomi’s disappearance is suspicious in nature.”

It added that the office “is seeking any information regarding the disappearance and whereabouts of Naomi Irion, the Chevrolet pickup vehicle and/or information concerning possible contacts that persons may have had with Naomi”.

Ms Irion’s sibling Tamara Cartwright said: “She loves people so much. And that’s why she’s so trusting”.

“I’m so afraid that someone betrayed their trust,” she added.