Is sub-Saharan Africa ready to make a move to electric vehicles? 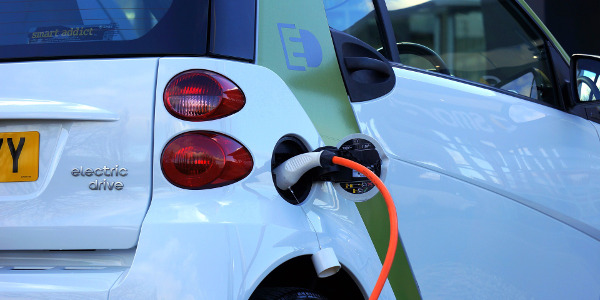 Globally, the automotive future is looking increasingly electric, due to growing regulatory moves, including forthcoming bans on sales of internal combustion engine (ICE) vehicles, shifting consumer behavior, and ongoing improvements in battery and charging technology. By 2035, the world’s major automotive markets – the United States, European Union, and China – are expected to sell only electric vehicles (EVs), and by 2050, 80% of the world’s vehicle sales are expected to be electric. EVs are a critical component of achieving climate neutrality and improving quality of life in cities by reducing air and noise pollution. But how will this trend play out in sub-Saharan Africa? And what are the opportunities and challenges associated with the region’s electric transport future?

Transport currently makes up 10% of Africa’s total greenhouse gas (GHG) emissions, which is likely to increase in line with sub-Saharan Africa’s expanding vehicle park – the total stock of vehicles on the road. In the six countries that make up around 70% of sub-Saharan Africa’s annual vehicle sales and 45% of the region’s population (Ethiopia, Kenya, Nigeria, South Africa, Rwanda, and Uganda), the vehicle parc is expected to grow from 25 million vehicles today to an estimated 58 million by 2040, driven by urbanization and rising incomes. As its vehicle parc grows, the challenge for sub-Saharan Africa will be to push for more sustainable mobility.

The research finds that while sub-Saharan Africa faces some unique challenges in its electric mobility transition – including unreliable electricity supply, low vehicle affordability, and the dominance of used vehicles – a growing ecosystem, focusing particularly on electric two-wheelers, is emerging in the area.

Some governments in sub-Saharan Africa have already announced electrification targets for vehicles and incentives for EV adoption. Rwanda, for example, announced tax exemptions for EV sales. Moreover, a growing number of start-ups are investing in the region’s nascent electric two-wheeler space to design vehicles at a cost and durability suitable for the local market.

“Two-wheelers will likely be the first segment to be electrified, with electric two-wheeler sales expected to rise to 50 to 70% of all sales by 2040. In Kenya and Nigeria alone – two of the largest two-wheeler markets in sub -Saharan Africa – this would translate into three million to four million electric two-wheeler sales per year by 2040,” says Gillian Pais, a partner in McKinsey’s Nairobi office. “Vans and minibuses would likely be next, followed by passenger cars.”

Countries such as Rwanda and Kenya are expected to transition faster, with EVs accounting for 60 to 75% of all two-wheeler sales by 2040. This is due to a range of factors, such as stronger regulation on the age of used-vehicle imports in Kenya, incentives for EV adoption in Rwanda, and comparatively better electricity reliability in these countries.

Electrification will play an important role in the transformation of mobility in sub-Saharan Africa and presents major opportunities in all vehicle segments, although the pace and extent of change will differ. To adopt, however, the entire mobility ecosystem – governments, development partners, and private-sector stakeholders – must work together to make the transformation successful.

Failure to create an enabling ecosystem for electric transport could see the region becoming a dumping ground for old ICE vehicles, setting back the continent’s carbon-emission-reduction goals as the vehicle park continues to grow in the decades ahead.