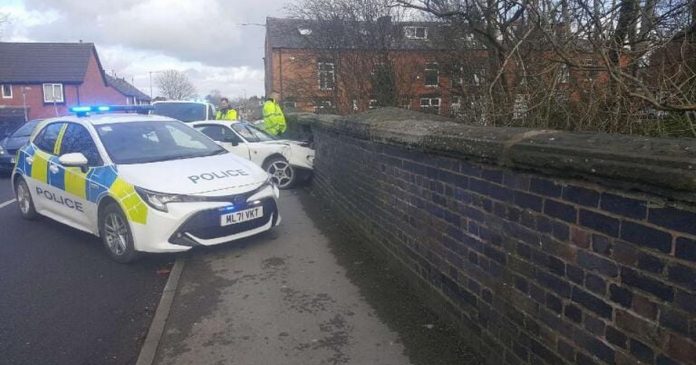 Images from a car crash in Bolton show a vehicle partly embedded in the wall of a bridge.

Police were called to Settle Street in Great Lever following reports of a crash involving one car in the area.

No injuries were reported and police made no arrests.

READ MORE:’Ryder Cup’ golf course developers ‘disappointed’ as plans are rejected and Bolton ‘misses out on biggest investment in its history’

A spokesperson for GMP said: “At 2:30pm we were called to reports of a collision involving one car on Settle Street.

Pictures from the scene show part of the vehicle teetering off the side of the bridge.

The road was closed for some time while emergency crews were called.

Share
Facebook
Twitter
Pinterest
WhatsApp
Previous articleIs sub-Saharan Africa ready to make a move to electric vehicles?
Next articleWoman told husband she wants a divorce the day after her wedding because he smashed cake in her face