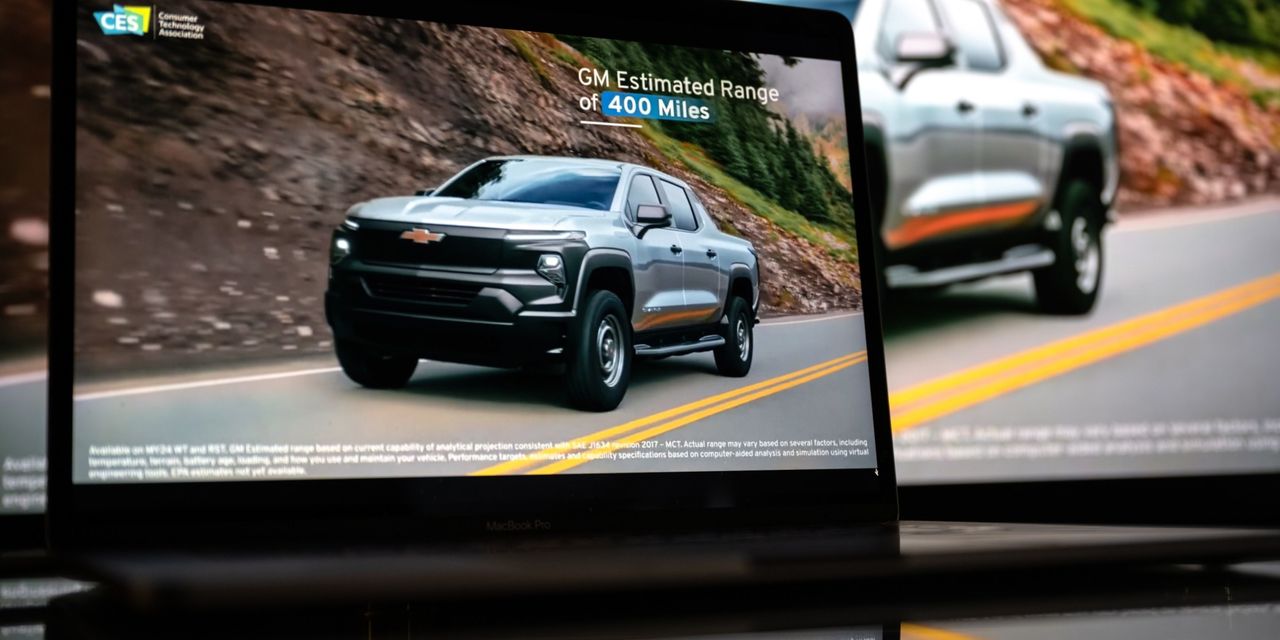 Pain at the pump is behind a surge in interest for electric vehicles, even though their sticker prices, insurance and repairs still mostly top those of comparable fossil fuel-burning cars, trucks and SUVs.

Searches for new and used electric vehicles (EVs) jumped 112% from Feb. 24 to March 8 on Cars.com, a news and pricing site comparing makes and models of EVs with traditional, internal-combustion engine (ICE) vehicles.

Individually, searches for new EVS are up 83%, while there’s been a 130% rally in searches for used EVs — which, given the relative youth of the market and competition for these cars, can be a tough find.

“‘Every time gas prices spike, searches for more efficient vehicles follow immediately and their prices rise in short order as supply diminishes. The opposite happens when gas prices are low.’”

The bombardment of Ukraine brings volatility to already sharply higher energy markets, including record-setting gasoline RB00, -1.23% and a 14-year high for oil BRN00, -0.67%.
Prices jumped in part because the US banned Russian imports, but they had already gained as COVID-19 slowed and people drove more and returned to work.

The day Russian President Vladimir Putin announced his invasion of Ukraine, a gallon of gas was $3.54, according to AAA’s national average, excluding local sales taxes and other fees. As of March 10, AAA said the national average was $4.31.

While the Ukraine invasion can’t be entirely isolated as the cause of the increase in EV searches, it is shaping up as a significant catalyst pushing shoppers over the edge to change their behavior, car-buying experts say.

Some consumers feel the same. New Jersey resident and Amazon package deliverer Danny Reyes, who leases a Kia 000270, -1.27% Sorrento, just paid more than $60 for a fill-up. That hit to his wallet has prompted at least an EV search especially as his lease is nearly over, he told MarketWatch’s Andrew Keshner.

Repeat behavior or a change for good?

In recent months, several conditions have impacted consumers, including 40-year-high price inflation across the economy. That’s been true for items that are mostly unavoidable, such as gas and groceries, and big-ticket items including rent and vehicles.

“There’s nothing new about the phenomenon we’re witnessing. Every time gas prices spike, searches for more efficient vehicles follow immediately and their prices rise in short order as supply diminishes,” Joe Wiesenfelder, executive editor at Cars.com and the site’s lead EV analyst, told MarketWatch. “The opposite happens when gas prices are low, also very quickly, as if we’ve learned nothing.”

“The car-buying market is underpinned by pent-up demand for vehicles after the pandemic crimped spending and by vehicle-production shortages linked to shipping and supply-chain congestion.”

“High fuel prices make it a great time to own a hybrid or EV, but unfortunately it’s never a great time to buy one [if that decision is based solely on cost], even when there isn’t already an inventory shortage,” he added. “That’s because supply shrinks, prices rise and the value of your trade-in has also dropped — in relation to how much gas it guzzles.”

There’s evidence that higher vehicle prices have turned off some auto shoppers regardless of what vehicle type they want. Still, the car-buying market is underpinned by pent-up demand for vehicles after the pandemic crimped spending and by vehicle-production shortages linked to shipping and supply-chain congestion. So with supply tight all around, shoppers are increasingly adding EV consideration to their hunt, Cars.com said.

The broader inflation picture can’t be ignored, however. “Add the effect of high fuel prices to the overall cost of living, due to goods and services also increasing in response, and buying a new EV isn’t high on most consumers’ lists,” Wiesenfelder said.

Costs can be sobering for some would-be EV converts. Not only are sticker prices higher on average, for now, than comparable ICE cars and SUVs, but the cost to insure and repair an EV outruns its gasoline-guzzling cousins.

That’s because insurance premiums are built on damage and repair histories, which for EVs is small, yet expanding. EVs are, in many ways, more simply built, with fewer components, than traditional cars. But the experts allocated to fix them are still getting up to speed. And parts — semiconductor chips, for starters — can be hard to source right now.

Some buyers may be willing to stomach higher upfront costs for what can be a less-expensive car over an EV’s lifetime, particularly the gas savings. And some may want to play their part in a US pledge to halve Earth-warming emissions by 2030.

For sure, the roster of possibilities is only getting longer. Cars.com has recently published a list of the 11 “cheapest” EVs available. The prices do not include the federal government’s existing plug-in tax credit — currently $7,500 for qualifying taxpayers on most electric cars — nor any state or local subsidies. (Note: the current federal subsidy has run out for Tesla TSLA, -2.41% and GM GM, -1.02% because both have more EVs than the sales cap for the credit.)

The Biden administration’s increases in infrastructure spending — including for EV charging stations, and pending expanded incentives for EV buyers, but hung up for now in a stalled Build Back Better spending bill — could unleash future demand. So will a growing lineup of electric pickup trucks and SUVs coming to market.

The price of gasoline isn’t really at a record high. In fact, the inflation-adjusted cost of driving a mile was higher for most of the past century