Home Electric Cars The BMW i7 may be the company's most opulent electric vehicle to...
Electric Cars

The BMW i7 may be the company’s most opulent electric vehicle to date. Let’s take a closer look. 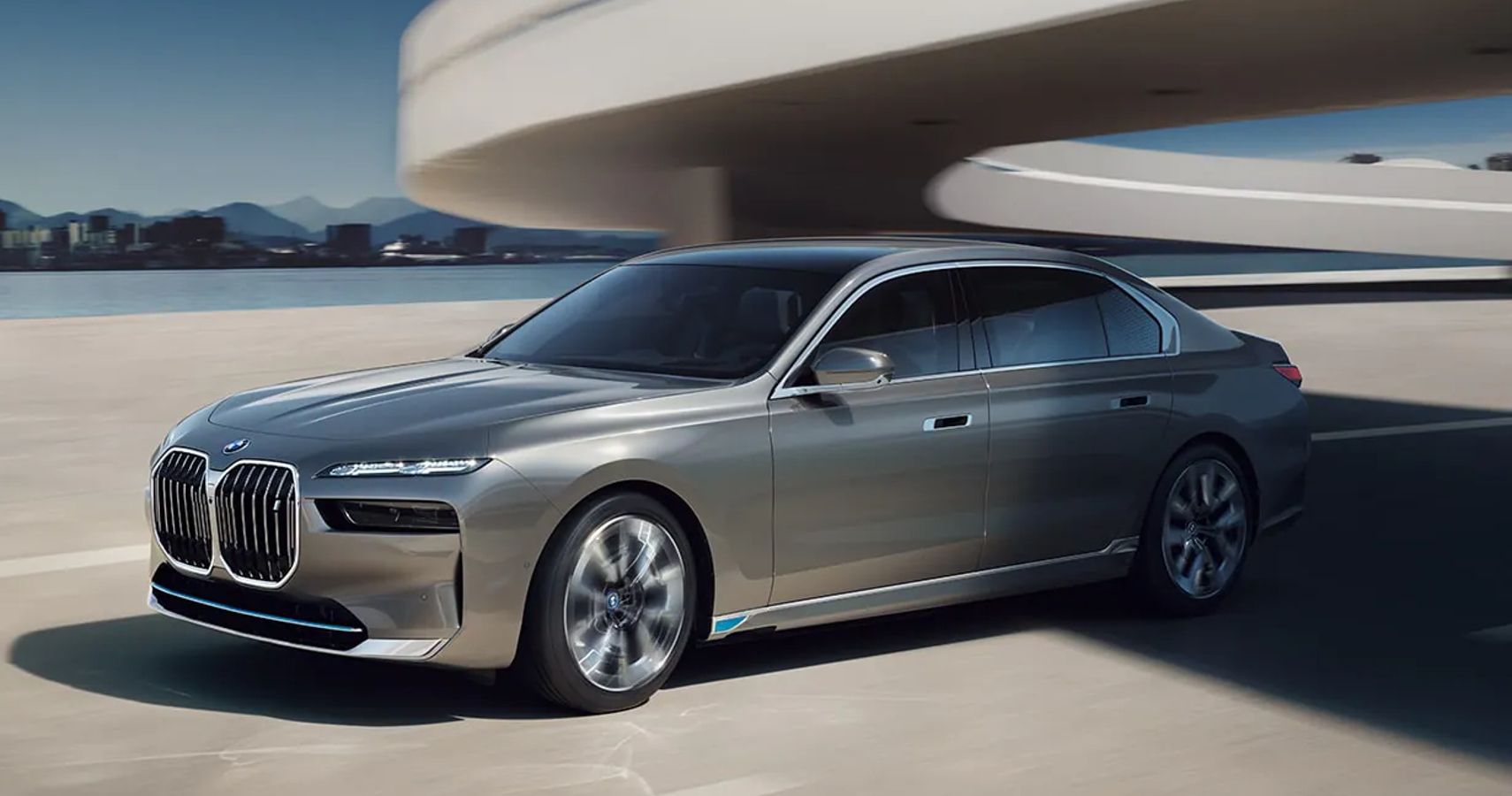 Electric automobiles, which were initially introduced more than a century ago, are gaining appeal for many of the same causes. 2022 electric car demand will continue to rise as their prices fall. Buyers are looking for methods to save dollars on gasoline already. It could be a hybrid, plug-in hybrid, or an all-electric car. We’re looking at where electric cars have been and where they’re heading because of the increased interest in them.

Electric vehicles are being added to the portfolio of German automakers regularly. BMW has just revealed an all-electric version of its 7-Series four-door premium sedan called the i7. This luxury sedan looks to challenge the Tesla Model S. It’s not surprising that BMW will increase its electric car lineup in late 2022. They are following the industry’s larger trend of incorporating more fully electric. Hence, low-emission drivetrains will be the future. The BMW i7 will be available in numerous versions, including an xDrive 60 variant, in the second half of 2022. In late 2023, an M xDrive 70 will arrive, along with two plug-in hybrid variants in the following year.

The New Front Fascia Of The BMW i7

The architecture of the i7 is just as likely to generate debate as its powertrain. The new front fascia will either be loved or loathed. It’s difficult to picture anyone being neutral. The BMW i7 shares the same platform as the gas-powered and plug-in hybrid models. It doesn’t have a distinct BEV architecture like most others. BMW can produce the i7 on the same assembly line as its ICE and PHEV siblings. That’s all thanks to BMW’s adaptable cluster architecture. The only drawback is that there isn’t any frunk, which is a bummer for this Bimmer!

They have changed the exterior appearance of the new i7. The kidney grille up front huge causing the biggest debate in BMW’s latest design language. BMW has replaced its signature twin circular headlight design it has used for decades. Instead, the new i7 has a split headlight design. The top part features the daytime running lights, side marker lights, and turn signals. These lights form a cool crystal-like pattern. The main beam headlights are now placed lower half of the front bumper. To improve aerodynamics, BMW has abandoned the delicate curviness of the previous 7-series. The i7 appears to be a more imposing i4 from the A-pillar to the back, which is a plus.

RELATED: The 2023 Mercedes-Benz EQE Is The Ultimate Electric Midsize Sedan

The Battery And Powertrain Of The BMW i7

BMW equipped the i7 with its electric powertrain technology, allowing for a massive battery pack of 101.7 kWh. That’s slightly less than the BMW iX’s 105.2 kWh battery pack (usable). BMW claims the dual motors in the all-wheel-drive i7 can produce a combined 536 horsepower. Which is enough to propel the monstrous, 5,900lbs sedan to 60 mph in 4.5 seconds, with a top speed of 149 mph that is electronically regulated.

According to the manufacturer, the i7 can accept AC power at a rate of up to 11 kW. While DC power can go at a rate of up to 195 kW, very much like the existing iX model. BMW is shooting for an EPA range rating of roughly 300 miles, which is acceptable. But it’s not quite in the realm of the likes of Tesla or Lucid Motors.

Elegant Interior With Mini Theater Of The i7

The cabin of the BMW i7 has all you’d expect from the brand’s flagship. It offers comfort, luxury, and the newest technology from BMW. The new 7 Series is more spacious on the inside than its predecessor. However, the all-electric version has a smaller trunk than the gas-powered model. They have redesigned the cockpit with the least touchpoints. It has a fully digital 12.3-inch BMW Curved Display, and a redesigned two-spoke steering wheel. A unique BMW Interaction Bar is also added on the dash. The i7’s Head-up display Augmented View feature that displays real-time information to the driver. It’s a stylish design.

BMW has partnered with Bowers & Wilkins and Oscar-winning composer, Hans Zimmer to tune the acoustics and . So, all models of the new 7 Series come standard with the Panoramic Sky Lounge LED roof. The new roof features an actuated sliding shade.

The back seats of the new i7 are among the greatest in the premium automobile industry. The back door panels include little touch screens that manage everything for each rear zone. This includes temperature, lighting effects, sunroof, window shades, and multimedia. Buyers can also select executive reclining rear seats. These seats have ergonomic footrests and a massaging function. The party piece of the new i7 is a 31.3-inch 8K resolution screen that descends from the roof to turn the rear cabin into a portable movie theater. It comes integrated with Amazon Fire TV. Thus, it can run all your video streaming and stream content using its inbuilt 5G broadband connection. Nevertheless, all the wonderful technology, appearance, and capabilities come at a price. The BMW i7 xDrive60 is understandably the most expensive 7 Series model, carrying a price tag of around $120,000.

BMW M2 G87: Up Close And Personal With Prototype Pics By BMW Mexico

Monish Mandavra grew up surrounded by Indian car culture and likes anything on wheels, but especially loves Japanese cars and classic vehicles. When he is not writing or working, he is either playing video games or headed towards the gym.