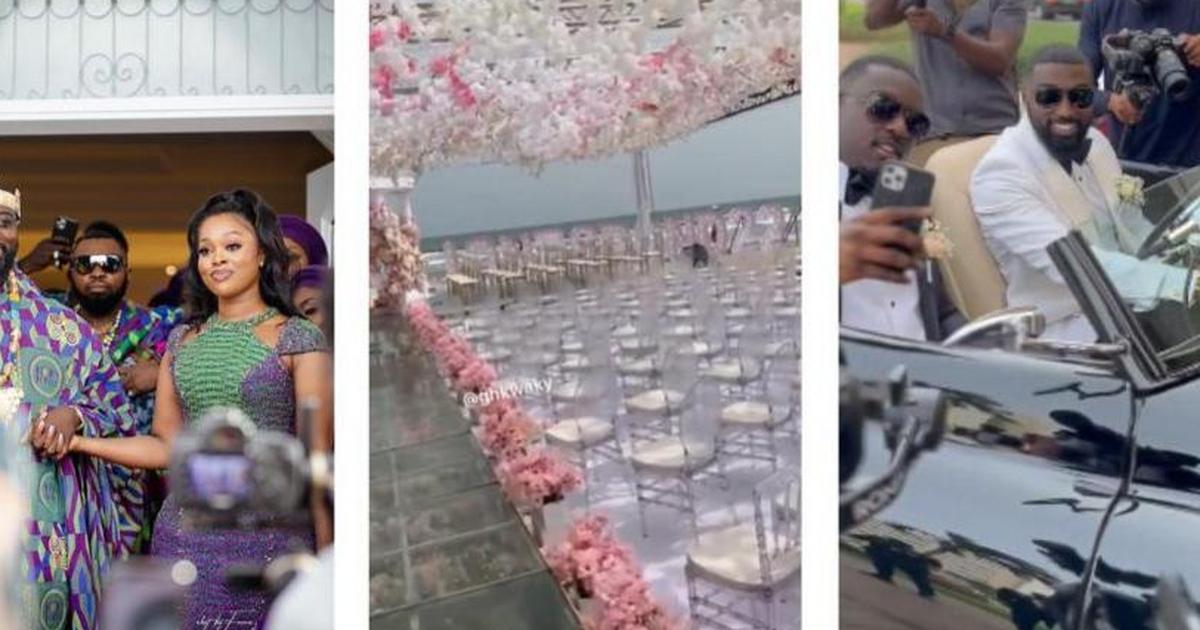 After storming Kumasi with a long convoy of luxury cars, the entrepreneur is doing more this afternoon in Accra.

The latest couple is back again to dominate the headlines for the coming days.

Videos cited by Pulse.com.gh showed how dapper Kojo Jones looked while in his Black and white suit combo. He had a train of groomsmen who were either taking photos or taking a ride with him in his luxurious car.

Another video from the venue has dropped online as the decoration of the place has been done. It showed over 1000 chairs and tables set and they are all white.

Obviously, the marriage ceremony of the businessman with the #thejonesbond2022 will be 2022’s biggest wedding yet, just like that of Despite’s son’s wedding in 2020 and that of the Adinkra Pie CEO’s wedding with Anita in 2021.

Opulence and flamboyance have already bathed the ceremony which has been become a trending discussion on social media as netizens can’t stop talking about the extravaganza displayed.

Kojo, who is a young millionaire, has established himself in Ghana’s business space with numerous enterprises.

The resources available to him saw him transport a fleet of expensive cars on his way from Accra to Kumasi for the wedding.

With more than a decade of experience in construction, design, and global real estate development, Kojo has established himself as a business mogul with unmatched success.

As the step-son of the late David Lamptey, who was a Member of Parliament for Korle Klottey constituency on the ticket of the National Democratic Congress (NDC), Kojo has leveraged on his father’s foundation to build a formidable business empire.

Mr Lamptey was the owner of radio XYZ. He died in 2012, leaving behind 8 children.