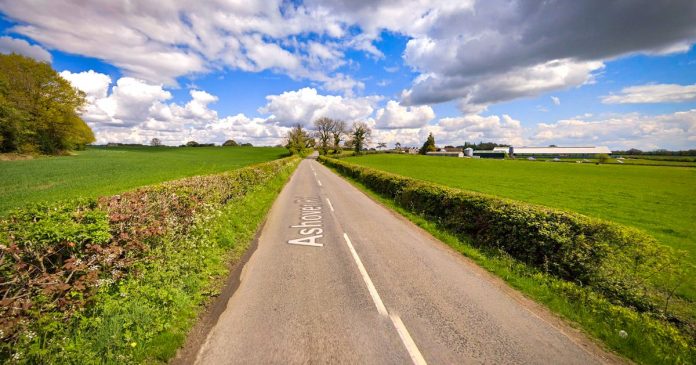 A 27-year-old Derbyshire man lost control of the car he was driving and careered into his partner. Derby Crown Court heard how the victim did not have time to jump out of the way to avoid being hit by a Citroen being driven by Kristian Allen.

His sentencing hearing was told how the pair had argued as he wanted her to take him to buy drugs and she got out of the car. The defendant, who has more than 30 previous convictions to his name – mostly for driving offenses – got into the driver’s seat and sped off.

The woman then saw him turn the car around, head towards where she was standing and the collision happened. His barrister, Will Bennett, said: “His consequential thinking is not good, he’s a fairly intense individual.

“He suffers Asperger syndrome and he has been in custody since last August meaning he has served the equivalent of a 12-month sentence.

“While in prison he has been bullied and on three occasions has self-harmed.

“The last time he put a ligature around his neck and jumped off one of the landings (at HMP Nottingham). Fortunately the rope snapped.”

Sarah Slater, prosecuting, said Allen and the victim had been in a relationship which began in October 2020.

She said the woman described it as “volatile” and on the day of the incident – June 13, last year – they had been to a barbecue together.

Miss Slater said: “They left in the car, she was driving and as they were driving along they began arguing because he wanted to buy some drugs.

“She stopped the car and got out and he got in the driver’s side and drove off.

“She was walking up the side of the road and saw the defendant drive away, turn the car around and then towards her very fast.

“She tried to jump into a grass forgot but the car hit her.”

Miss Slater said she got back into the vehicle and rank 999 but the defendant told her “tell them you have been in a fight, tell them you fell down the stairs, you know the consequences”.

The prosecutor said rather than take the woman to hospital he “dumped her outside a friend’s house” who did take her for treatment.

She said she suffered two fractures to her jaw and in a victim impact statement said: “I realize now that during the relationship I was manipulated by him and how toxic it was.”

The incident happened at Ashover Road, near Alton, Chesterfield. The defendant, of Derby Road, Chesterfield, pleaded guilty to one count of causing serious injury by dangerous driving.

He has 31 previous convictions dating back to 2008 including assaults.

Handing him an 18-month community order, Judge Shaun Smith QC said: “You have been in custody for the equivalent of a 12-month sentence and what you did that day to that woman was unacceptable.

“She should not think what I am doing today is not serious but the reality is you have as good as served the sentence I would have given to you and if you breach the community order it will be 18 months in prison.

“You must start growing up and listen to what other people tell you.”

As part of the order Allen must attend 30 rehabilitation sessions and a 43 day of rehabilitative groupwork.

He must carry out 150 hours unpaid work and was handed a five-year restraining order not to contact the victim or go to her Matlock address.

He also disqualified him from driving for two years.

Allen told the hearing how after being released from HMP Nottingham he will be moving to Barnsley to live with his father.