Another Cornwall beach fails as car gets stuck in sand 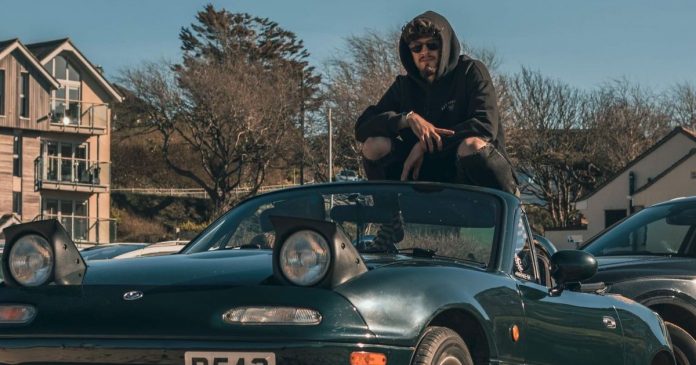 Friends had to dig a much-loved car out of the sand after it became the latest to get stuck on one of Cornwall’s beaches. Owner Adam Hinds took the Mazda MX5 Mark-1 to Newquay for photos after a meet this afternoon.

He and his car-loving mates wanted some dramatic shots of their vehicles with golden sands and blue skies after going to the Drag and Drift event in Perranporth.

The group from St Austell just planned to hang out but instead had to dig the racing green modern classic out of Porth Beach. A video captures the engine roaring, the wheels going around but the car going absolutely nowhere. A child’s beach spade is planted in the sand nearby.

Eight mates tried to dig out the vehicle, which was towed to safety with the help of a couple of passers-by. There was no danger from the tide.

It is the latest – albeit minor – story of a car getting stuck on a beach in Cornwall. Many of them result in the emergency services or tractors attending or with the vehicle ending up underwater.

Adam Hinds on board his Mazda MX5, which was stuck on the beach at Newquay
(Image: Minnie Willoughby)

In just a year more than a dozen cars were rescued from Great Western Beach in Newquay, which led to Cornwall Council looking at installing ‘dead end’ signs on the road leading to the sands.

One man got his £120,000 Bentley Continental Flying Spur stuck in the sand at Marazion. And a £200,000 was trapped at Watergate Bay where it was being used in an official photoshoot. It was never at risk of being swept away.

Get the best stories about the things you love most curated by us and delivered to your inbox every day. Choose what you love here