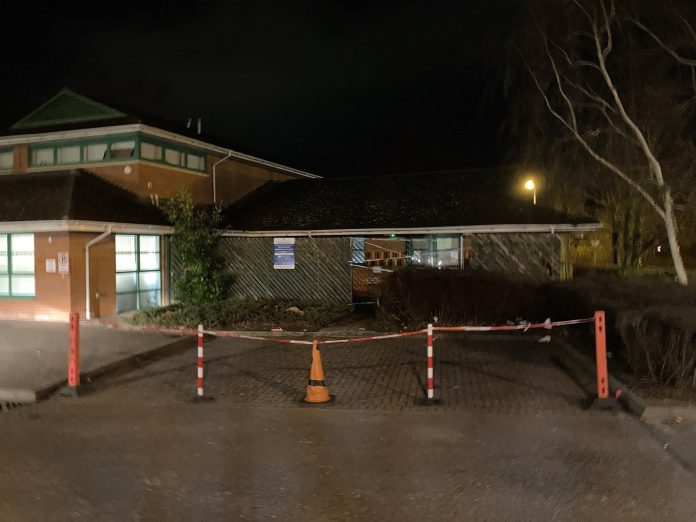 A CAR is reported to have crashed into a nursery in Worcester, ending up in the outdoor play area.

A panel of the fence at Busy Bees Nursery in Brindley Road, Warndon, was demolished in the incident as the car went through it into the playground earlier this evening.

Cones and police tape covered the gap in the fence yesterday evening. The building itself did not appear to be damaged.

Staff at the nursery said they did not want to comment at this stage. However, an employee at the Golden Dragon Cantonese takeaway said: “A lot of customers were talking about it. I was back here so I didn’t really see anything. I didn’t hear a bang. They were saying ‘a car has gone into the fence’. It happened around 6ish.”

The Warndon Villages Community Group put a post on Facebook which said: “Just been to Tesco Express, there were three fire engines and a police car. It would appear a car has managed to go through the wooden fence of the Busy Bees Nursery and ended up in their outdoor play area just shy of the building. If it was an accident I hope the occupants of the car are OK.”

We will bring you more details when they become available.”